How to choose the best iPhone, from SE to iPhone 8 to X

How to choose the best iPhone: shopper's guide 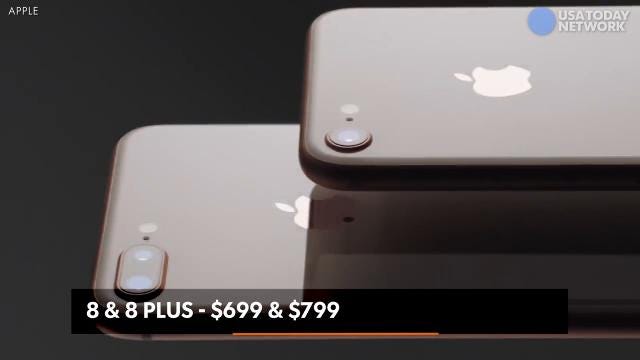 LOS ANGELES — There are just a few more days left before Christmas, and you've got your heart on buying an iPhone as a gift.

The good news: Apple has more models available for sale this year than in years' past, with prices starting at $349. Some models are larger, snappier and are water-resistant. The most recent phones have increasingly more powerful and versatile cameras, plus wireless charging.

But at this point in the year, the deals have mostly come and gone, so you'll have to pay full-fare. (We did find a handful of so-so offers, listed below.) Meanwhile, we know it can be confusing to shop for a new iPhone. There are so many iPhone models to choose from, eight altogether, starting at the low end with the compact $349 SE and going all the way up to the iPhone X that fetches a grand or more.

Below, we walk you through the various models, the deals and our take on the age-old question, "Which iPhone should I buy?"

More: Baig's best tech picks of 2017 will eat at your wallet

More: How to get long exposures, and beautiful images of flowing water, on just an iPhone

More: What your kids want, and what you should give them instead

Here’s what you need to know:

Apple’s smallest and lowest-priced iPhone has a 4-inch screen, all the latest software, but lacks the higher-end, higher-resolution camera and extra power of the more expensive models. This year’s model comes with twice the storage—32 GB—as previous editions.

Deal alert: While Apple sells the phone for $349, Walmart is offering it for the holidays at $149. The fine print: it's a locked phone, meaning you probably wouldn't be able to re-sell it, and you buy pre-paid wireless cards from Walmart (starting at $35 and going to $130) locking you into set minutes and data. A $130 card, for instance, gives you 10 GB of data, and once you've gone through that, you'll be throttled down to ultra slow 2 GB of data, which is good for reading e-mail and texts, and little else.

More: How to set up a new iPhone the right way

The 6S and 6S Pluses

The last of the full-sized classic iPhones to still have standard-sized headphone jacks are now two years old. They have less power (the A9 chip) although most consumers wouldn’t be able to tell the difference between the A9 and the newer A11 “Bionic” chip unless they were doing video editing or using one of the new augmented reality apps that require more power. The 6S models are are also missing the higher-end camera features found in today's top models. Price: $449 and $549.

More: Own an iPhone 5? It's time to retire it if you want the latest iOS 11 apps

Credit: Reviewed.com / Michael Desjardin
The next iPhone needs to be better than Samsung's latest Galaxy phone.

With these 2016 models you start to see faster performance (A10 chip), water resistance and in the larger 7 Plus, two camera lenses, one for wider shots and one for portraits. The basic wide-angle camera of the 7 and 6S are otherwise pretty similar, with the same resolution. Both shoot 4K high-resolution video. They sell for $549 and $669, respectively.

Deal alert: Best Buy is offering $200 off the price of the iPhone 7 with a 24-month lease agreement with Sprint. Additionally, the No. 4 wireless carrier has a twofer deal on the 7 or 7 Plus models. Buy one, get the second free, but you'll also have to pay for service on both phones.

Credit: Reviewed.com / Michael Desjardin
The new glass back is both posh and delicate—you might want to find yourself a protective case.

On paper, these seem like carbon copies of the 7's and 6S’s. They look similar and have almost the same features. Only these later models add in a glass back, wireless charging, and faster performance (that A11 bionic chip). What's more, the Plus adds software tricks that let you enhance portrait shots with fun special effects, including one that lets you completely darken the background. The 8 sells for $699, the 8 Plus, $799.

Deal alert: Verizon Wireless and AT&T have the twofer deals on both models. Buy one, get the second free, but commit to wireless on the second line.

Credit: ELIJAH NOUVELAGE, AFP/Getty Images
Apple's new iPhone X is seen in the Apple Store Union Square on Nov. 3, 2017, in San Francisco, Calif. In 2017, Apple became the first U.S. stock to be valued at $900 billion. Wall Street is watching to see if the tech titan can become the first "$1 Trillion Stock."

The first re-designed iPhone since 2014’s iPhone 6, the iPhone X touts facial recognition, the ability to make animated emojis, a near edge-to-edge display and no home button. Just be prepared to spend: the most expensive iPhone to date starts around a grand and commands $1,149 if you want a model with max storage. Note that unlike earlier in the year, when there were 4-6 week delays for receiving the iPhone X, Apple's website now touts in-store pickup on same day, or two-day delivery.

Deal alert: Verizon Wireless is offering $200 trade-ins on older iPhones with purchases of iPhone X, while Best Buy's offer is a $250 gift card, However, many third-party sites like Gazelle and Nextworth promise better deals. Gazelle offers $280 on a good condition iPhone 7 Plus to $324 from Nextworth.

Best iPhone for photographers on a budget: 7 Plus

Rumor has it that the next iPhone will have an edge-to-edge display, unlike the iPhone 7 Plus.

Best iPhone for music fans who have wired headphones: 6S

The iPhone 6s is still a great phone, and it even has a (gasp!) headphone jack.

Best iPhone for the person who wants the best iPhone in a familiar form factor: the iPhone 8 Plus.

Best iPhone for the person who wants the latest and greatest: the iPhone X

More: How to buy a streaming TV player: Apple TV vs. Roku vs. Amazon

More: How to choose the best smart speaker for you: shopper's guide

Still have questions about which iPhone to buy? We’re happy to answer. Reach out on Twitter, where I’m @jeffersongraham