Michelle Obama: George W. Bush is 'my partner in crime' and 'I love him to death'

Michelle Obama: George W. Bush is 'my partner in crime' 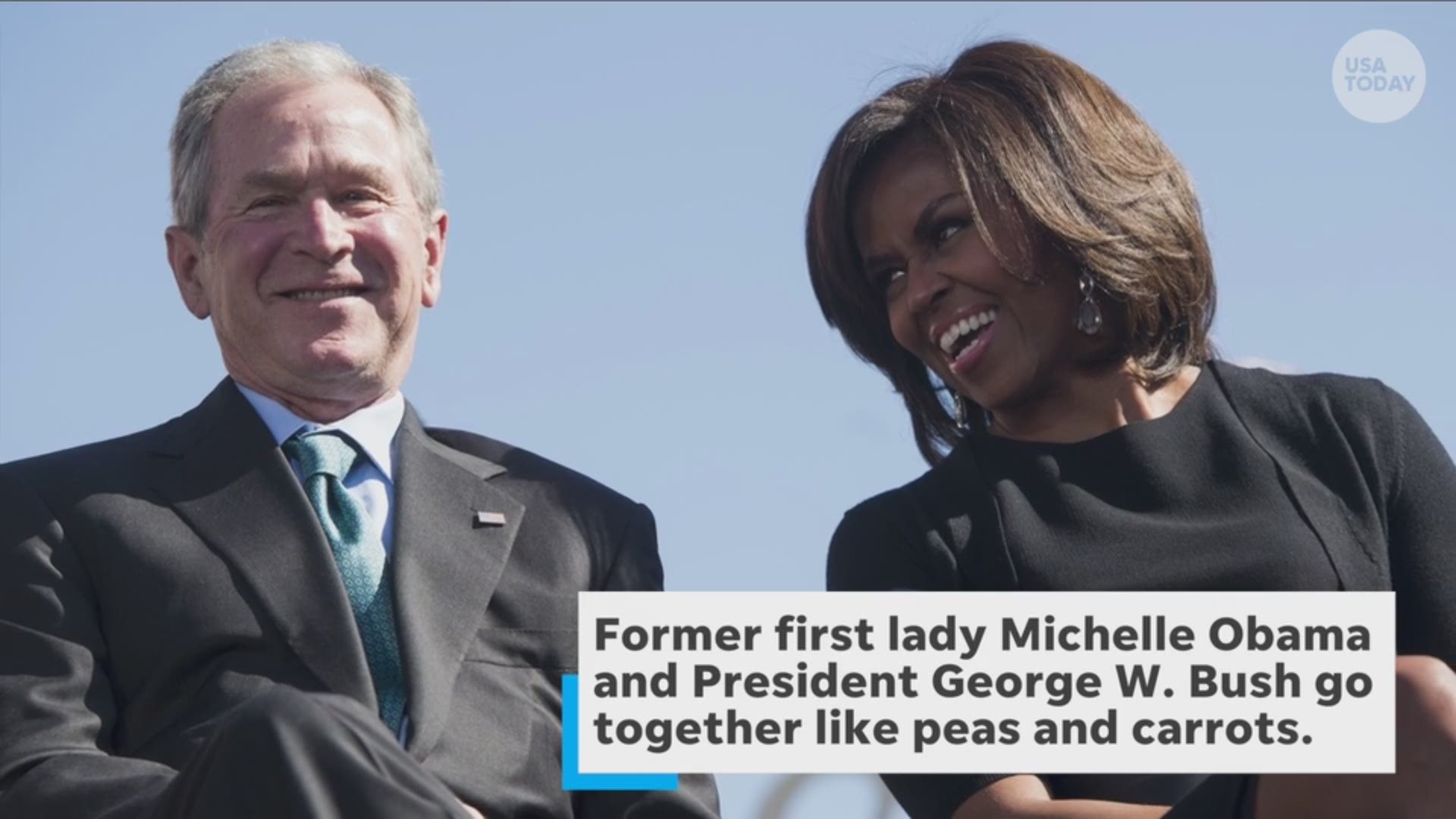 "President Bush and I are forever seatmates because of protocol – that's how we sit at all the official functions," Obama said on NBC's "Today" show. "So he is my partner in crime at every major thing where all the formers gather."

Obama expressed her affection for Bush after being asked about the moment when Bush handed her a cough drop at the Sept. 1 funeral of the late Arizona Republican Sen. John McCain. The moment, which happened at the National Cathedral in Washington, went viral on social media.

Bush was handing a cough drop to his wife, Laura, when Obama leaned over and asked him if she could have one too. She said she didn't realize that anyone was watching the "simple gesture."

"And I will add that they were old cough drops," Obama said, describing them as being in an official White House box. "And I was like, 'How long have you had these?' They said, 'A long time. We got a lot of these.' "

Obama, a Democrat, said her friendship with Bush, a Republican, defies labels.

More: Eric Holder says Michelle Obama was wrong: 'When they go low, we kick them'