Trump’s visited his properties 34 of 45 weekends 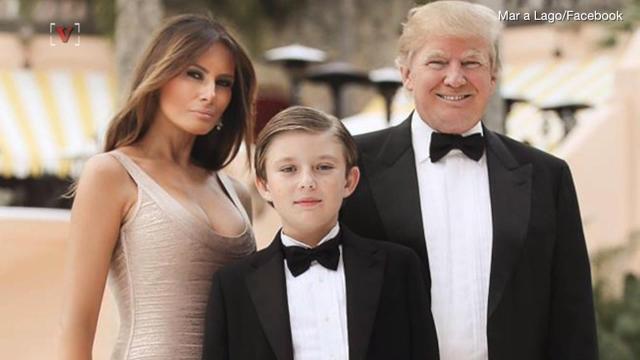 President Trump is spending this Thanksgiving weekend at Mar-a-Lago. It's his first trip back since April, when his private club closed for the season.

Since his inauguration 10 months ago, the president has visited at least one of his properties on 34 out of his 45 weekends in office (including this one).

More: Trump gets millions from golf members. CEOs and lobbyists get access to president

And out of those, 18 weekends have been out-of-town weekends. He has been to Mar-a-Lago eight times and his club in Bedminster, N.J., ten times.

Even when the president stays put at the White House, he often visits a Trump property — either his golf club in nearby Sterling, Va., or the Trump International hotel just a few blocks away.

On the 11 weekends he didn't visit a Trump property, he was likely on a foreign trip or at Camp David. Only four weekends, including his inauguration weekend, were spent exclusively in D.C., without visits to his own properties.

How much do all of these trips cost? Exact dollar amounts are difficult to calculate.

However, we do know that Trump's frequent travel and large family size has put a strain on the Secret Service. Trump's frequent visits to his "winter White House" and "summer White House" are especially challenging for the agency, which must maintain a regular security infrastructure at each – while still allowing access to paying members and guests.

And the president's jaunts to Mar-a-Lago are estimated to cost at least $3 million each, based on a General Accountability Office estimate for similar travel by former President Obama.

Trump properties frequented by Trump during first 6 months in office

1 / 12
Joe Raedle, Getty Images
As president, Donald Trump has visited the Mar-a-Lago Resort -- which he calls the "Winter White House" -- seven times between February and May when it closed for the season The Mar-a-Lago Resort is seen on February 11, 2017, in West Palm Beach, Florida where Trump is hosted Japanese Prime Minister Shinzo Abe.

Here's a further breakdown for where he's gone:

A favorite destination in the early days of his presidency, until this weekend Trump hadn't been back to Mar-a-Lago since the private club closed for the season. Expect this number to tick up in the coming winter months.

His Florida visits always include a jaunt over to this golf club, including on Wednesday.

He's only gone to this club once, way back in February, when he brought Japanese Prime Minister Shinzo Abe along.

If he stays in Washington, he occasionally swings by for a meal at his hotel just blocks away from the White House.

Almost a guarantee if you happen to be on pool duty on a weekend when the president stays in Washington: A trip to his nearby golf club in Sterling, Va. Trump also has held meetings at the club.

The closing of Mar-a-Lago meant the president spent more time at his New Jersey club, including his August "working vacation."

His Manhattan property was his final destination on a couple weekend evenings, ahead of weeks he spent in New York City in August and September.