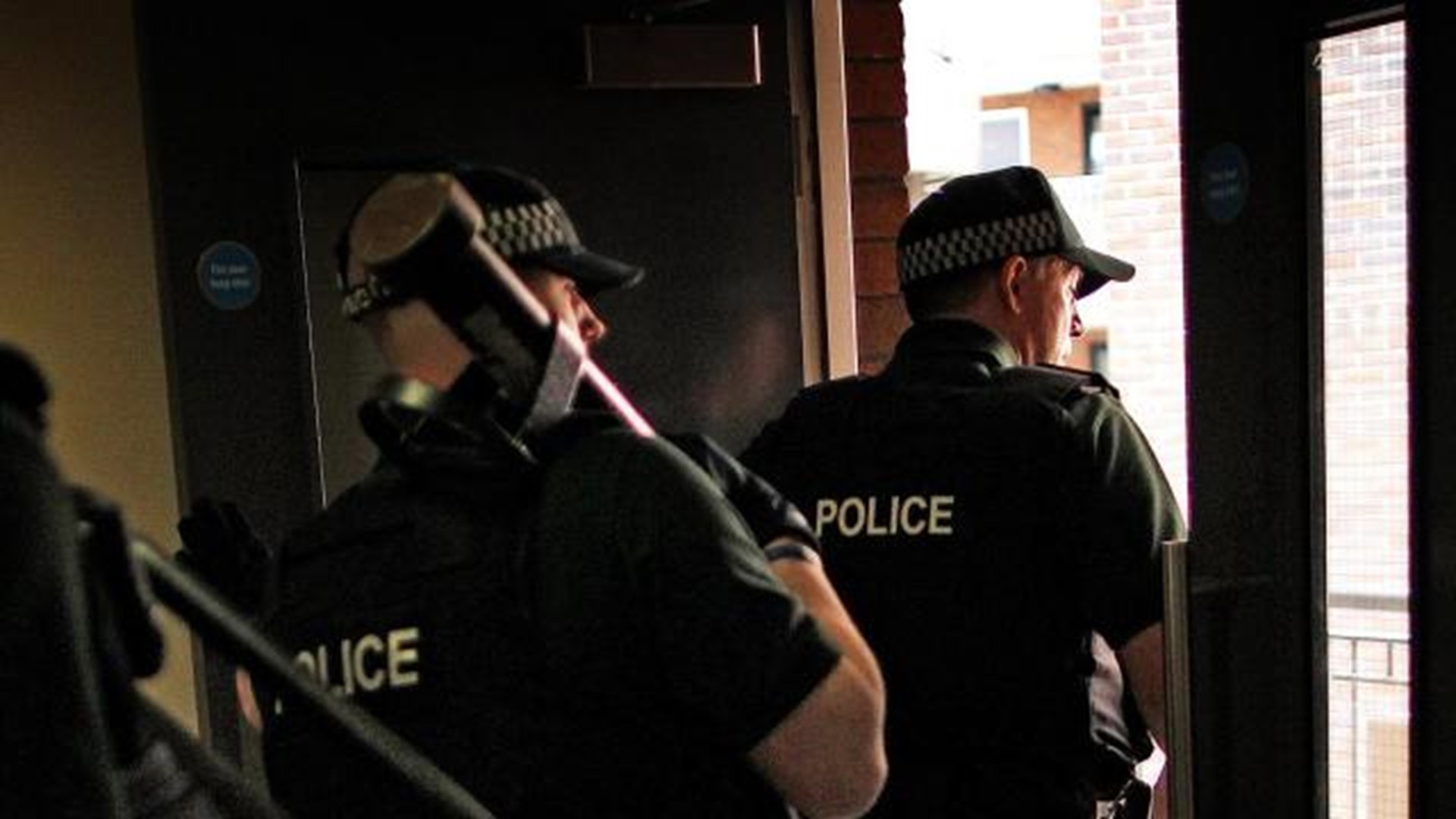 Credit: Sacramento County (Calif.) Sheriff's Office
Michael Lacey, left, and Jim Larkin are two of seven former and present Backpage executives who were indicted April 6, 2018, in a 93-count indictment alleging that the classified-advertising website operated as a thinly veiled brothel.

PHOENIX — When the Department of Justice unceremoniously shut down Backpage last week, it was the first public-facing step in a sweeping criminal case against the website's executives.

But before federal authorities could issue a statement, before the classified site’s owners would face a judge, and before the public would learn of their charges, the narrative around Backpage had taken on a life of its own.

The site had served as a microcosm of a larger debate on prostitution in recent years, and the seizure of what the Department of Justice called the "Internet's leading forum for prostitution ads" ignited swift reactions on both sides.

Anti-sex-trafficking advocates, including Cindy McCain, cheered Backpage’s demise as a blow to an abusive industry.

Meanwhile, sex workers across the U.S. and Canada swarmed social media to air concerns rarely heard in political discourse: To them, Backpage’s demise meant the end of safeguards and a reliable revenue stream in a profession that’s not going anywhere.

April 12: How outsourcing to India gave prosecutors a window into Backpage operations

If sex workers can’t advertise online, they can’t screen their clients beforehand and are forced back out to bars and into the street, Dilley said.

“It’s more dangerous and there’s more of a police presence,” she said. “They’re just going to be at more of a heightened risk.”

While many sex workers said they would continue posting on other smaller websites, they also worry about the future. On Wednesday morning, President Trump signed a bill giving prosecutors more power to go after websites that knowingly host sex-trafficking ads. It also gives women who claimed they were trafficked the ability to sue.

It's not clear how websites will respond. After the bill passed Congress, for example, Craigslist took down its singles ads. And as the bill was moving through Congress, Backpage restricted postings on singles ads to photos, phone numbers and web links.

"There’s a lot of uncertainty; a lot of grief and fear," said Jelena Vermilion, a sex worker based outside of Toronto. "A lot of people are essentially planning to be homeless, planning how to fall gracefully as much as possible...From Friday, a lot of these people haven’t had any calls."

After the Backpage closure April 6, an Arizona-based sex worker, called Vegas, said she relied on her regular clients to get her through that weekend.

“I am going to do what I have to do to survive,” she said. “I might have to work the streets, work the bars; you do what you have to do."

Prostitution is still illegal in 49 states, the exception being certain counties in Nevada. For this reason, The Arizona Republic has agreed to withhold the sex workers' legal names for this story. In Canada, selling sex is legal, but buying it isn't.

Vegas said Backpage afforded her more anonymity than meeting strangers in public. And it gave her a barrier to screen her clients and meet them in a safe place.

The woman described how she would have unknown clients call her from across street so she could check them out from her window. She doesn’t believe Backpage’s closing will stem prostitution or sex trafficking.

“It will push it underground,” Vegas said, noting that Backpage screened for ads that appeared to include someone underage or trafficking victims.

“Backpage had an incentive to review the ads and make sure nothing was going on,” she said. “Now, it’s going to force people out to the streets, where we can’t really fight.”

A Michigan woman who goes by the name Sarah Fenix on Twitter posted a viral thread about how the ability to screen on Backpage saved her from riskier sex work.

Backpage didn't turn me into a sex worker, any more than Youtube can turn people in musicians or comedians. It was just the medium. A really good, really helpful medium that was free and accessible.

Fenix told The Arizona Republic she used the site to test the client before they met up. She would ask them to text their favorite movie “so I know you’re real,” or to bring her fruit or bagels.

“The guys who could follow that one simple instruction were actually better than the ones who couldn’t,” she said. “It’s not necessarily about the information you get, it’s about gauging someone’s willingness to follow instruction.”

Fenix said she is no longer in the business and now works a "cube" job. Seeing the closure of Backpage though, she said, was like watching a childhood house burn down.

Vegas said she’s hoping another site picks up where Backpage left off. One called Eros may be that site, she said, but added that it’s more expensive to post there, and the wait time for vetting ads has increased since Backpage’s closing.

Attempts to reach an executive from Eros were not answered.

The reactions over Backpage generally boil down to two camps: Those who believe prostitution should be illegal and those who don’t. Advocates for decriminalization say the sex industry will always be around, and regulation would make it safer. Those against it argue that selling sex, by nature, is abusive.

Advocates have succeeded in changing police attitudes about prostitutes from being seen as criminals to women in need of rescue. Many sex workers, however, reject the “victim” label. 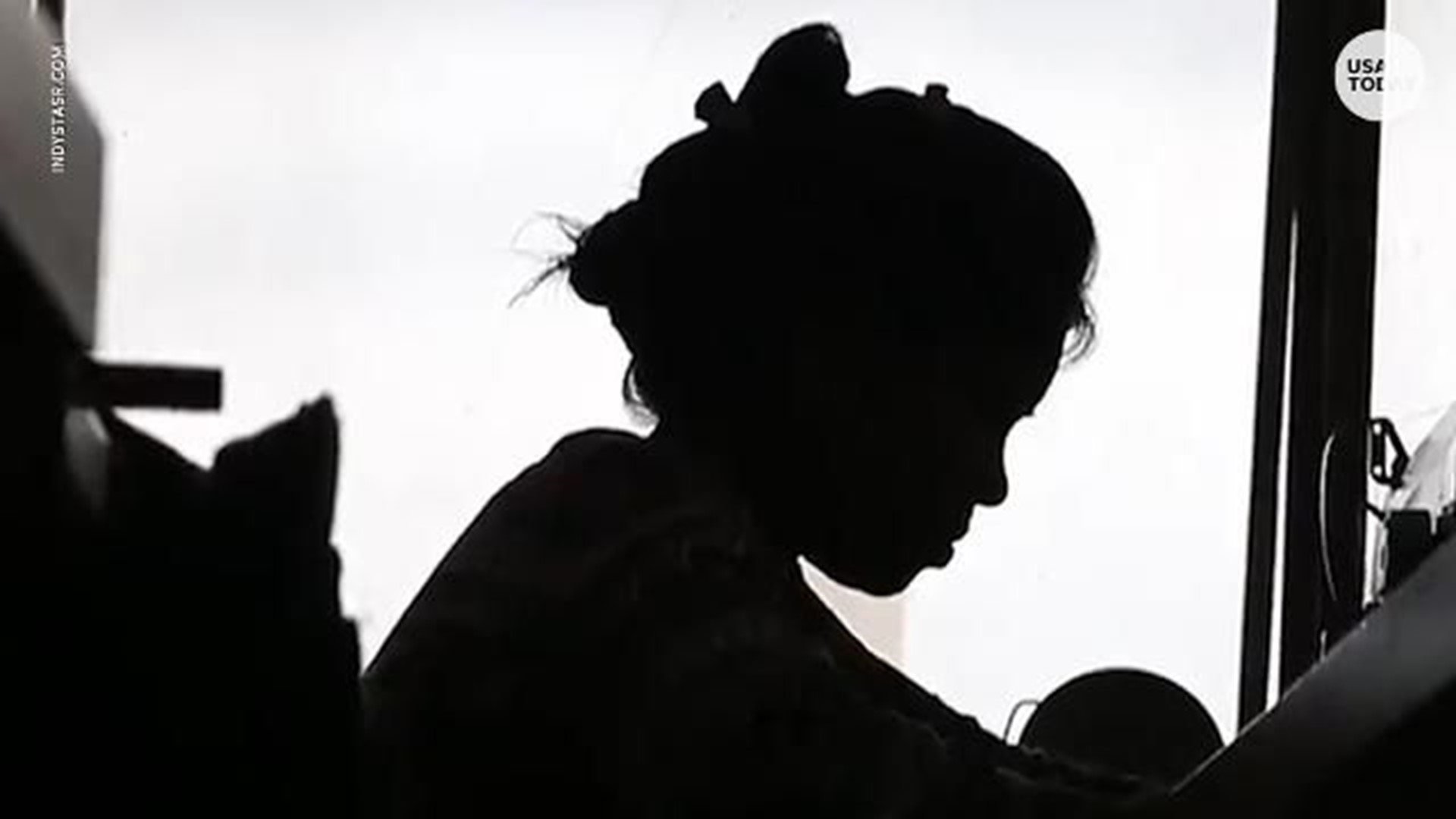 “This website will no longer serve as a platform for human traffickers to thrive,” he said. “Whether on the street or on the Internet, sex trafficking will not be tolerated.”

Backpage executives are not charged with a sex-trafficking crime, but instead crimes related to facilitating prostitution and money laundering.

But the indictment states that many of the ads published on Backpage “depicted children who were victims of sex trafficking.”

“...for several years, Backpage’s official policy, when presented with an ad featuring the prostitution of a child, was to delete the particular words in the ad denoting the child’s age and then publish a revised version of the ad,” the indictment states.

In recent years, law-enforcement actually worked Backpage to conduct prostitution-related sting operations. Police, have previously posted ads on Backpage posing as an underage girl for sale, or as a trafficker searching for victims.

March 18: Senate bill would crack down on online sex trafficking as cases grow across the country

Jonathan Howard, a spokesman for the Phoenix Police Department, rejected the notion that sites like Backpage should remain in place because it confined criminals to one area.

"Just because it's easy doesn't mean it's right," he said. "We knew that that was one of the most prolific sites for sex trafficking, but we still have to hold people accountable."

"It is extremely easy for them to go to sites like Backpage.com, and immediately be drawn into this high-risk lifestyle," he said.