'Tremendous force': What happens when a hole opens on a plane in flight

What happens when a hole opens on a plane in flight 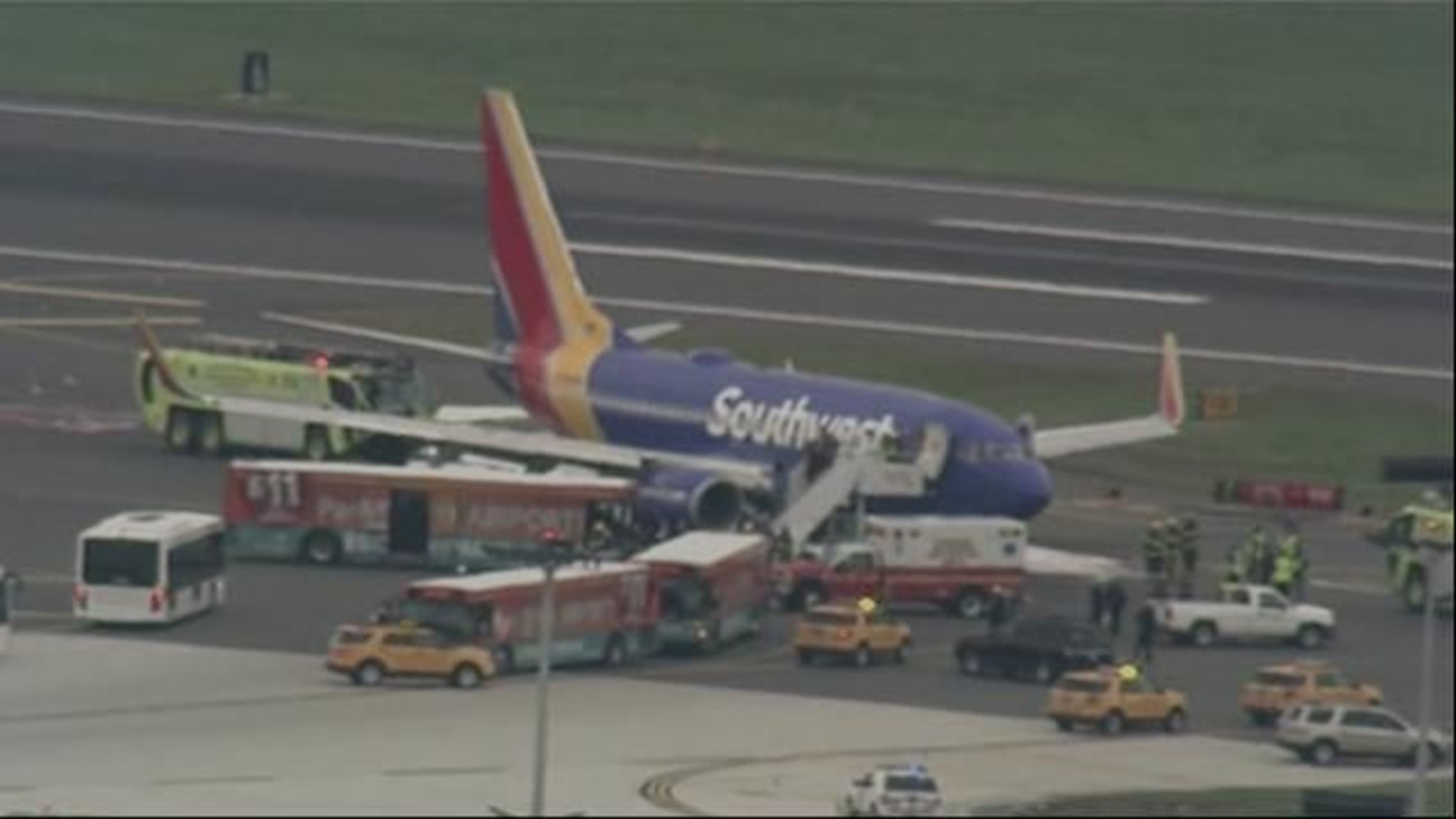 Credit: DOMINICK REUTER/AFP/GETTY IMAGES
Southwest Airlines Flight 1380 sits on the runway at Philadelphia International Airport after it was forced to land with an engine failure, April 17, 2018.

Not that we want to — or usually even need to — think about it, but Tuesday's Southwest Airlines accident is a reminder that during a flight, the difference between life and death can be just a few inches.

Indeed, the differences between the inside and outside of an airplane while in flight are staggering: While it's warm and calm inside, just a few inches away is a deadly mix of ferocious winds, icy cold and extremely low air pressure.

"Outside the aircraft, it's not a friendly place," said Richard Anderson, the director of the Eagle Flight Research Center at Embry-Riddle.

While the winds and temperatures are bad enough, it's the difference in air pressure that's the most dramatic. At cruising altitudes of 33,000 feet, the air pressure is much less than it is down at the surface, Anderson said.

Designers of high-flying airplanes had to find ways to keep the air pressure inside the plane high enough for people to survive, according to the book The Ultimate Guide to America's Weather by Jack Williams. That is why the cabins of such aircraft are sealed containers with air pumps that recirculate fresh air.

1 / 9
NATIONAL TRANSPORTATION SAFETY BOARD VIA AP
A National Transportation Safety Board investigator examines damage to the engine of Southwest Airlines Flight 1380 that made an emergency landing at Philadelphia International Airport in Philadelphia. A preliminary examination of the blown jet engine of the Southwest Airlines plane that set off a terrifying chain of events and left a businesswoman hanging half outside a shattered window showed evidence of "metal fatigue," according to the National Transportation Safety Board.

While planes are normally good at holding the pressure, if something pierces that seal — like what happened to a window on Southwest Flight 1380 on Tuesday — all that volume of air wants to rush out that little hole, Anderson said.

More: 'She is the bedrock of our family': Wells Fargo exec died on Southwest flight

Any unlucky passenger near the hole will instantly be pulled toward that hole with "tremendous force," Anderson said. Jennifer Riordon, of Albuquerque, N.M., was killed Tuesday when the window next to her was broken while in flight.

A passenger, Eric Zilbert, an administrator with the California Education Department, said: "From her waist above, she was outside of the plane."

Since the hole was too small, and other passengers pulled her back into the plane, Riordon was not sucked out entirely. But if the hole had been big enough, Anderson said, the differences in pressure could have sucked the seat entirely out, with a passenger still buckled in.

He said seat belts might not even be strong enough to keep a passenger from being sucked out of a plane.

Immediately reducing altitude is key to equalizing pressure between the inside and outside of a plane, and that's just what the pilot did.