'What's this world coming to?' Mom arrested while trying to see dying son at hospital 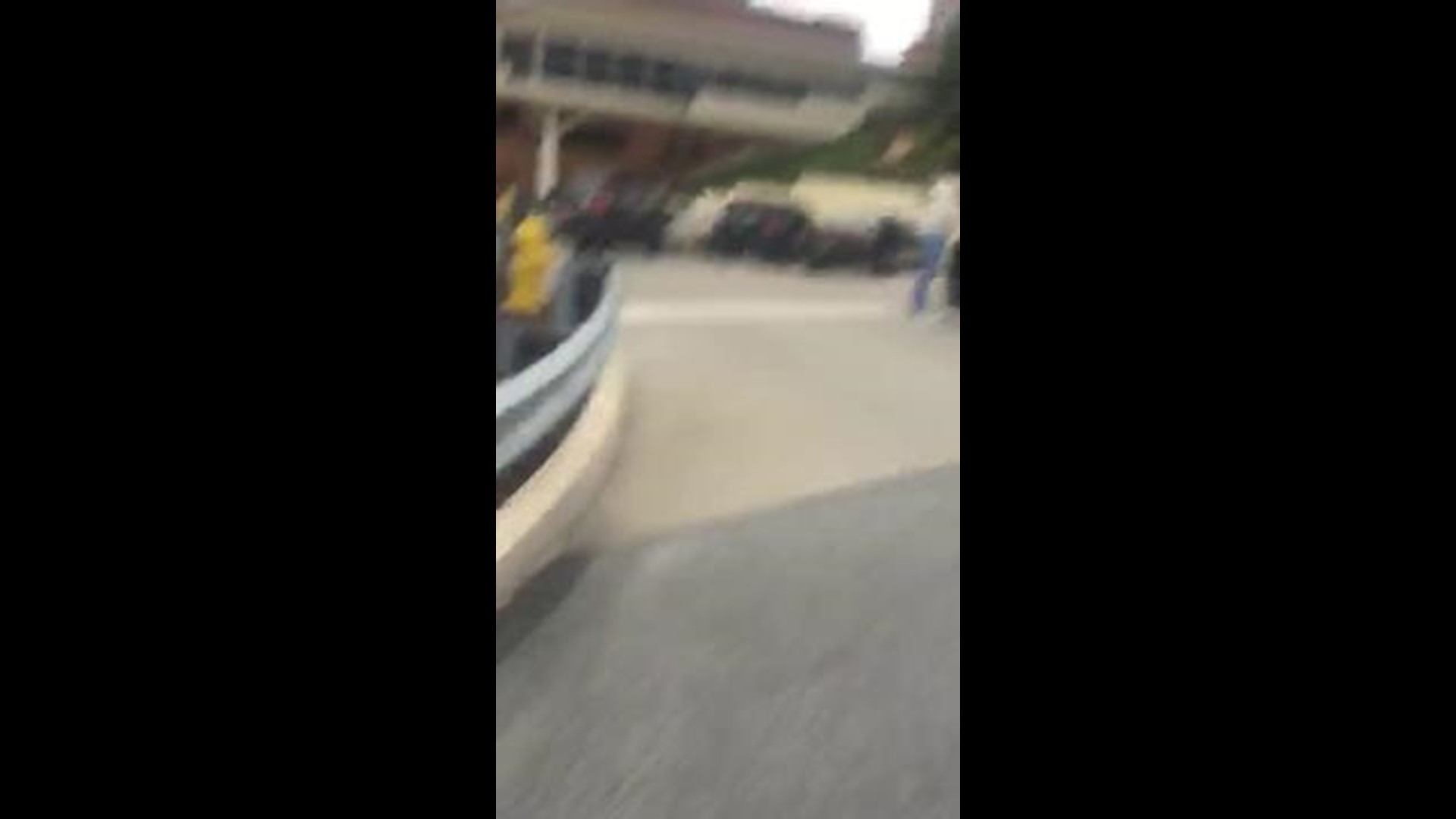 Credit: Submitted
Nylik Moore, 18, was shot and killed Tuesday in York. His mother was arrested when she tried to see his body at York Hospital.

YORK, Pa. —  Late Tuesday afternoon, Cheirha Rankins had run an errand and then stopped by a cemetery to visit her grandmother's grave, arriving home not long after 5 p.m.

As she approached the door to her house, her phone rang. It was her son's father. He had bad news.

It had just happened.

She raced down the street and when she arrived, she saw the police cars, the street taped off, a crime scene. Someone told her that the ambulance carrying her son had left just a couple of minutes before, heading to York Hospital, a few blocks away.

She told the person she spoke with that her son was in there, that he had been shot.

She didn't know whether he was alive or dead. She believed, she hoped, he was still alive, fighting, and she believed that she should be by his side, that maybe hearing his mother's voice would help him.

"I thought I could save his life if he heard my voice," Rankins said, sobbing. "I just wanted him to hear my voice."

She didn't know that her son had been pronounced dead at 5:38 p.m., about half an hour after he had been shot. The fatal wound had entered his back and pierced his chest. He was 18.

She and other family members gathered outside the emergency department, Rankins said, crying and praying. York City Police officers were on the scene.

What happened next is under investigation. The mayor's chief of staff, Philip Given, said the mayor spent Friday morning meeting with the police chief and hospital officials to determine what happened.

The result, though, is not disputed.

The crowd became disorderly. Police arrested Rankins, handcuffing her and taking her to Central Booking, citing her for disorderly conduct. The citation was later withdrawn, but that hasn't eased the pain it caused Rankins and her family, piled on top of the pain of losing Nylik.

"It was terrible," she said, tears streaming down her cheeks.

And to make matters worse, she was never allowed to see her son's body that evening. Three days later, she still hadn't been able to view her son's body.

Rankins remained at the hospital for two hours, not knowing her son's fate.

Inside, a deputy York County coroner was completing her work, preserving evidence. Once that work was finished, Coroner Pam Gay said, the deputy told hospital personnel that she was going to bring Moore's family in to view the body before they sent Nylik to the hospital's morgue, which lacks the space to allow the viewing.

The coroner's office has done that routinely in these kinds of cases. It's important for families in the grieving process, Gay said. Preventing family members from viewing the bodies of loved ones just adds additional trauma to people who are already struggling.

"If we don't do it, then the family won't see their loved one until the body returns from the autopsy," usually conducted at the Lehigh Valley Hospital, Gay said. "We try to do everything within our power to make that happen here."

In this instance, Gay said, the coroner's deputy was told that Moore's family couldn’t enter the hospital and left it to the deputy coroner to deliver that news to Moore's family.

"I'm not really sure what the difference was this time," Gay said. "It's frustrating for us at all levels. I don't know what happened in this instance."

Given said the mayor is "trying to assess what happened" at this point. Helfrich had dinner with Moore's family Friday afternoon at Central Family Restaurant. He said, "Neither the city nor the hospital is happy with what happened here." The city and the hospital will review procedures in place to handle these instances "so we know what's supposed to happen."

"Our goal is to make sure that people are treated with respect and treated the same way every time," the mayor said. "I'm a person who wants justice."

In a statement released Friday afternoon, Shelly Buck, the hospital's chief operating officer and chief nursing officer, said the hospital has talked to the family "to offer our condolences and to sincerely apologize for what occurred Tuesday night." The hospital also extended an invitation to meet with the family to discuss what happened and hear their concerns.

"These are our patients and our neighbors, and we’re deeply sorry for the pain they’re experiencing," Buck is quoted as saying in the statement. "We believe strongly that family members should have the opportunity to be with their loved ones at these difficult times, and we regret that we did not make appropriate accommodations to ensure that occurred in this case. It was a very challenging and complex situation for all involved."

Buck explained that the emergency room staff was dealing with "multiple trauma patients" at the time and that a group of people was trying to enter the hospital while it was on lockdown.

"It is always our goal to balance the needs and safety of our patients, family members and our staff during these times," Buck said in the statement. "Unfortunately, we did not have a well-established process in place to ensure family access to their loved one during such a complex situation."

None of that comforts Rankins.

While she and her family were gathered outside the emergency department, she said, "I just wanted to get back there to him."

A number of people had gathered outside the emergency room — Moore's family, friends and family members of the other man who had been shot. A phone video shot by a family member shows police arresting Rankins and others at the scene. The video also shows people yelling at the police, sometimes using profanity, At least one woman could be heard yelling, "Dumb--- cops, don't know how to do their jobs.

"I wasn't cursing at the police," Rankin said. "I just wanted to see my son."

When she tried to get in, a police officer told her to back up. She said she just wanted to see her son. She was told to leave, she said. And when she went to help her mother, who suffers from respiratory illness and uses a walker, climb the hill from the parking garage to the emergency department, the police arrested her.

Her fiancé, Lamar Sistrunk, asked the officer what she was being arrested for. "She just lost her son," he said. The officer told him to back up.

Sistrunk asked the officer, "What if that was your son in there?"

The officer replied, according to Sistrunk, "My son wouldn't be in that predicament."

Rankins said, "I just wanted to see him. It felt like somebody stabbed me in the chest."

She said Moore wasn't a bad kid, that he sometimes fell in with the wrong crowd, but that he wasn't bad himself. He had earned his GED not long ago and had applied for a job at Harley Davidson. She said she always tried to keep him on the straight and narrow, telling him to stay away from guns and people who use them.

"He didn't have any beef with anybody on the streets," she said. "He was just in the wrong place at the wrong time."

She still hasn't gotten her son's body and hasn't even made funeral arrangements.

She recalled praying, asking God, "What's this world coming to?"