With rents on rise, city makes room for 'tiny homes' on land it owns 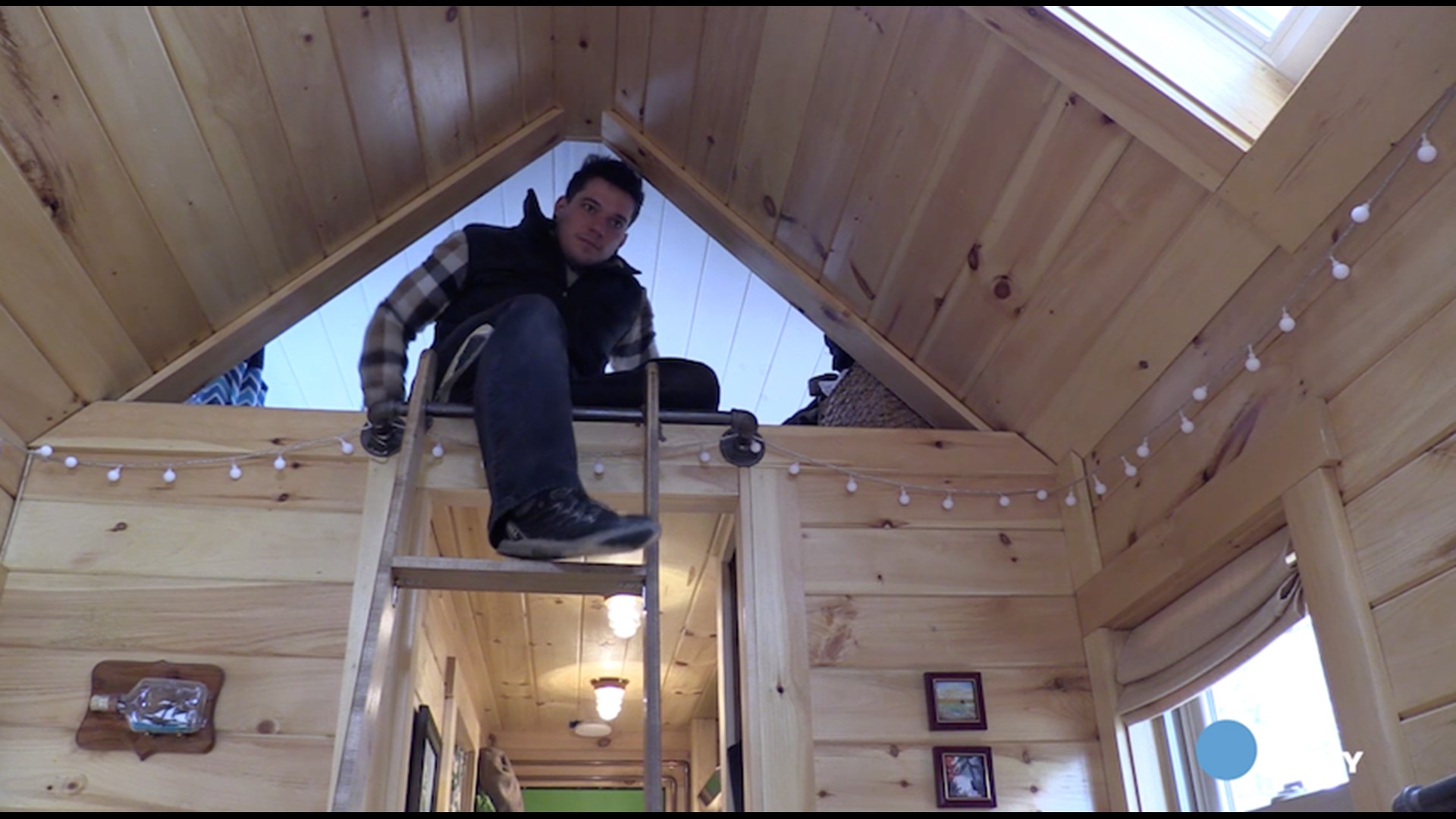 TEMPE, Ariz. — This Phoenix suburb is hoping to help solve its growing affordable housing problem with a community of 600-square-feet homes.

That's twice the size of the trendy "tiny homes" that began sweeping the nation a few years ago with its embrace of simple living. But it's also less than a quarter of the average square footage in a new home built in fall 2017, according to the Census Bureau.

Tempe's leaders like to call their models "humble homes" while the developer dubs them "micro-estates." Whatever the name, buyers will be able to purchase a one-bedroom slice of the American dream for $140,000 or less.

Work is expected to begin next spring on the community of 12 small homes on city-owned land near downtown Tempe.

"We can't keep spilling out into the mountains," Brophy said.

But would Brophy live in one of the homes herself?

A dozen homes will be built on just shy of an acre that the city purchased for $390,000 with federal money.

TV shows such as Tiny House Nation and Tiny House Hunters often feature homes so minimalist that the kitchens are more like campers with a grill and pint-sized refrigerator.

The Tempe homes are planned with fully functional kitchens along with one bedroom, one bathroom, a small living room and a small back patio.

"It's sort of pushing the envelope but not reinventing the wheel," said David Crummey, real estate development manager for Newtown Community Development Corp. that is building the community.

The two-story homes will be styled after the bungalows of the 1920s and 1930s, he said.

► Dec. 18: First tiny homes, now small communities
► Nov. 30: You won't believe how much this tiny Swiss village will pay you to move

Beyond the homes, a 900 square-feet building will provide laundry and community space. A communal garden also is in the plans.

One way to lower the cost would be to place the land into a community land trust that ensures the land price does not change for up to 99 years, he said. People would own their homes, but not the land, much like a condo.

► Nov. 29: Tiny homes, big problems: Where can you park your home-on-wheels?
► Nov. 14: Tiny houses are trendy — unless they go up next door

Making the homes 600 square feet has a financial purpose: Buyers will be able to seek mortgages and potentially federal assistance, Crummey said. The smaller "tiny homes" don't qualify for mortgages.

"We can't build out" because the airport and other suburbs already have annexed the land, Councilwoman Lauren Kuby said. "But there are a bunch of small infill areas."

As this area redevelops and becomes more urban, city leaders are exploring ways to maintain affordable housing. The average rent has jumped by $200 per month since 2015 to become the second highest in metro Phoenix.

This college town averages $1,232 in rent, behind only Scottsdale at $1,322 a month, according to Rent Cafe.

A third of Tempe residents pay 30% or more of their paychecks for housing, which experts say is too much, according to a city-commissioned study.

► July 21: Tiny-house test drive: Try one on vacation before taking the plunge
► September 2016: Tiny houses aim to help poor become homeowners in Detroit
► August 2016: Tiny homes aren't traditional, and neither is their financing

From there, the city purchased the land and sought requests for proposals. Groups such as Habitat for Humanity and local developers submitted plans before the city selected Newtown, which is based in Tempe.

Newtown often works with the federal Housing and Urban Development and other agencies to provide homes to people priced out of the market although this project will be a first for the company.

"It was one of those things that looked interesting," Crummey said.

Credit: Newtown Development
An architectural drawing of what one of the "micro-estates" will look like.