Alec Baldwin asks if Trump tweet on SNL skit is threat against him, family

Trump did not like how Baldwin portrayed him on SNL ... and sent that tweet the next morning. 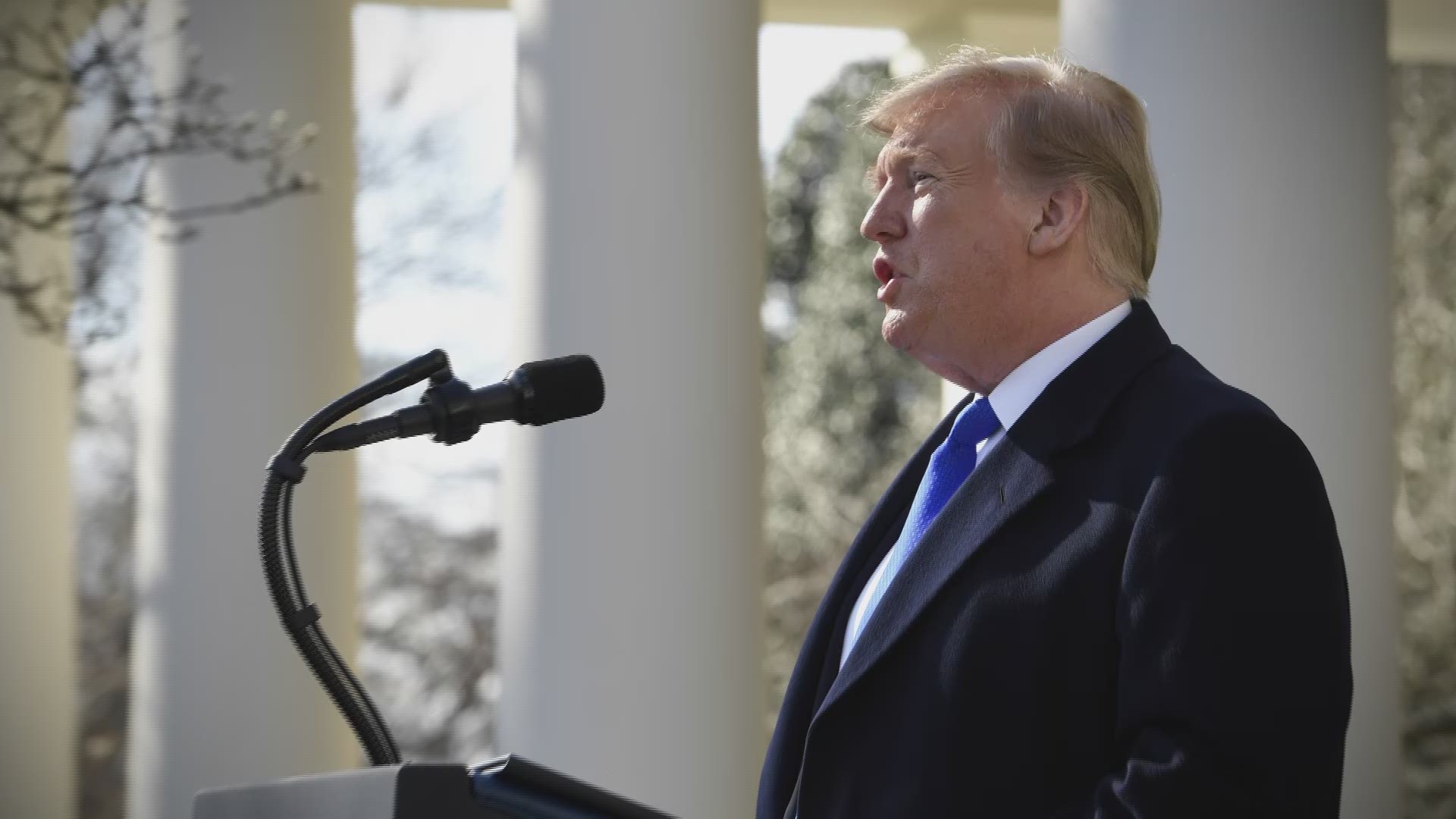 Does a tweet from President Trump criticizing Alec Baldwin's impersonation of him on "Saturday Night Live" count as a threat against the actor? That's what Baldwin is apparently asking after Trump lashed out at the comedy show and NBC following Baldwin's latest go-round as the commander in chief.

Baldwin on Saturday parodied Trump's Friday morning press conference in which he declared a national emergency in order to secure funds for his promised border wall.

Trump, who has railed against Baldwin and SNL repeatedly for the impersonation, fired back on Twitter Sunday.

"Nothing funny about tired Saturday Night Live on Fake News NBC!" Trump tweeted. "Question is, how do the Networks get away with these total Republican hit jobs without retribution? Likewise for many other shows? Very unfair and should be looked into. This is the real Collusion!"

He followed that up four minutes later with, "THE RIGGED AND CORRUPT MEDIA IS THE ENEMY OF THE PEOPLE! Trump has regularly called what he describes as the fake news media "the enemy of the people."

Baldwin, who not only plays Trump but is a vocal critic of the President, took notice and appeared to respond on his foundation's Twitter account. Although the author did not specifically identify themselves, the tweet was written in the first person.

"I wonder if a sitting President exhorting his followers that my role in a TV comedy qualifies me as an enemy of the people constitutes a threat to my safety and that of my family?" the tweet read.

At one of Trump's rallies last week in El Paso, Texas, a man wearing a Make America Great Again hat got onto the platform journalists were using to cover the event and allegedly shoved a photographer. The man also yelled, "(Expletive) the media."

A producer working with the photographer tweeted that the crowd had been "whipped up into a frenzy against the media by Trump" and other speakers before the incident.

As of last Wednesday, there was reportedly no definitive indication whether the man would be charged.