Talk about a checkmate! 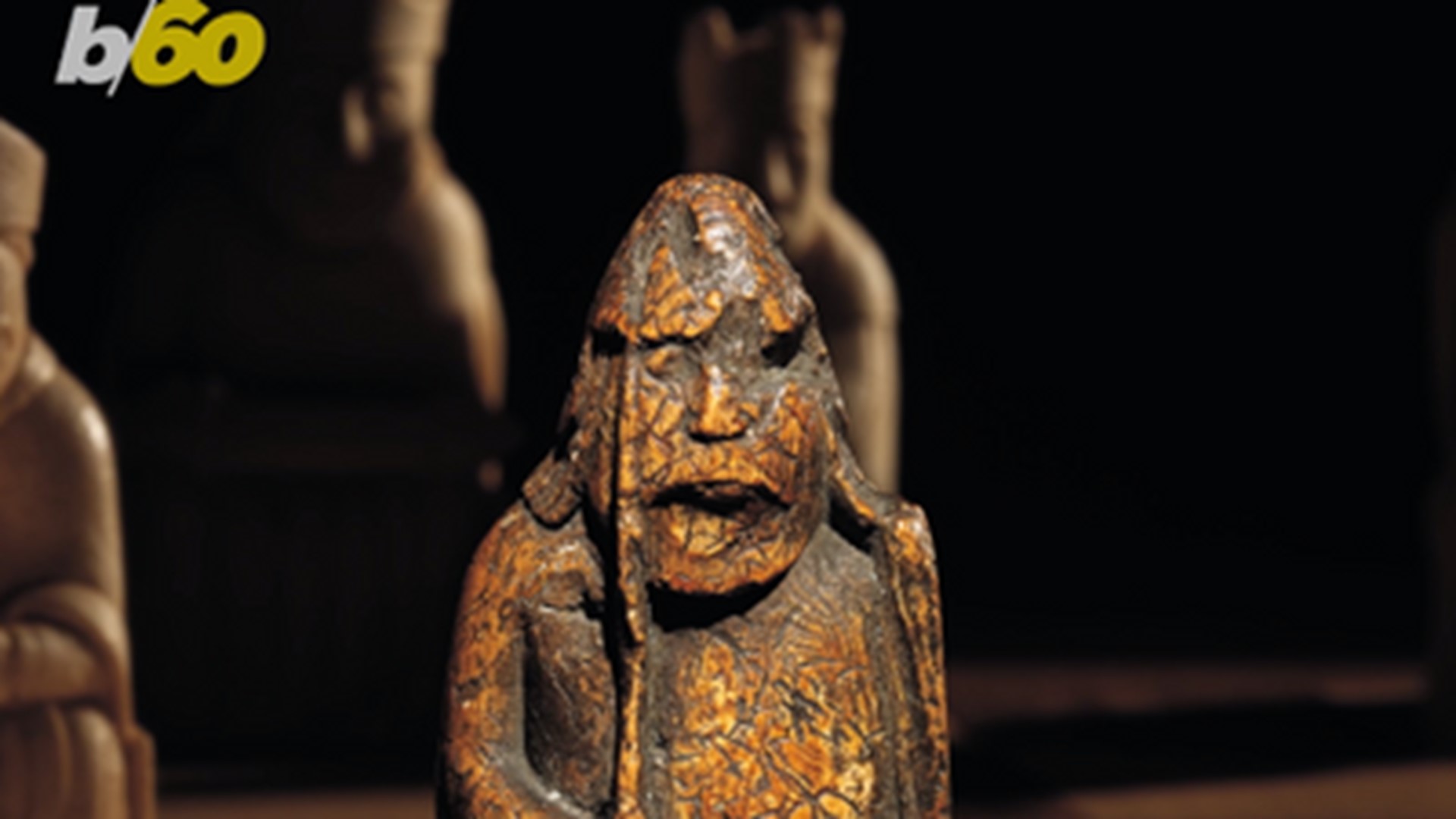 The 3 1/2-inch (8.8-centimeter) Lewis Chessman sold to an anonymous bidder at Sotheby's in London on Tuesday.

The Lewis Chessmen are intricate, expressive chess pieces in the form of Norse warriors, carved from walrus ivory in the 12th century.

A hoard of dozens of pieces, amounting to four chess sets, was discovered in 1831 on Scotland's Isle of Lewis — but five of the pieces were missing.

The Sotheby's piece, the equivalent of a rook, is the first missing chessman to be identified.

It was bought by an antiques dealer in Scotland in 1964 and passed down to his family before being identified as a Lewis figure.

Credit: AP
This image made available by Sotheby's on Monday June 3, 2019, shows a newly discovered Lewis Chessman on display at Sotheby's in London. The medieval chess piece purchased for five pounds by an antiques dealer in Scotland in 1964 has been found to be one of the famous medieval Lewis Chessmen and is expected to bring more than 600,000 pounds when auctioned by Sotheby’s on July 2. (Tristan Fewings/Sotheby's via AP)