Congressman John Lewis to lie in state at U.S. Capitol

The late Rep. John Robert Lewis will lie in state in the U.S. Capitol Rotunda. 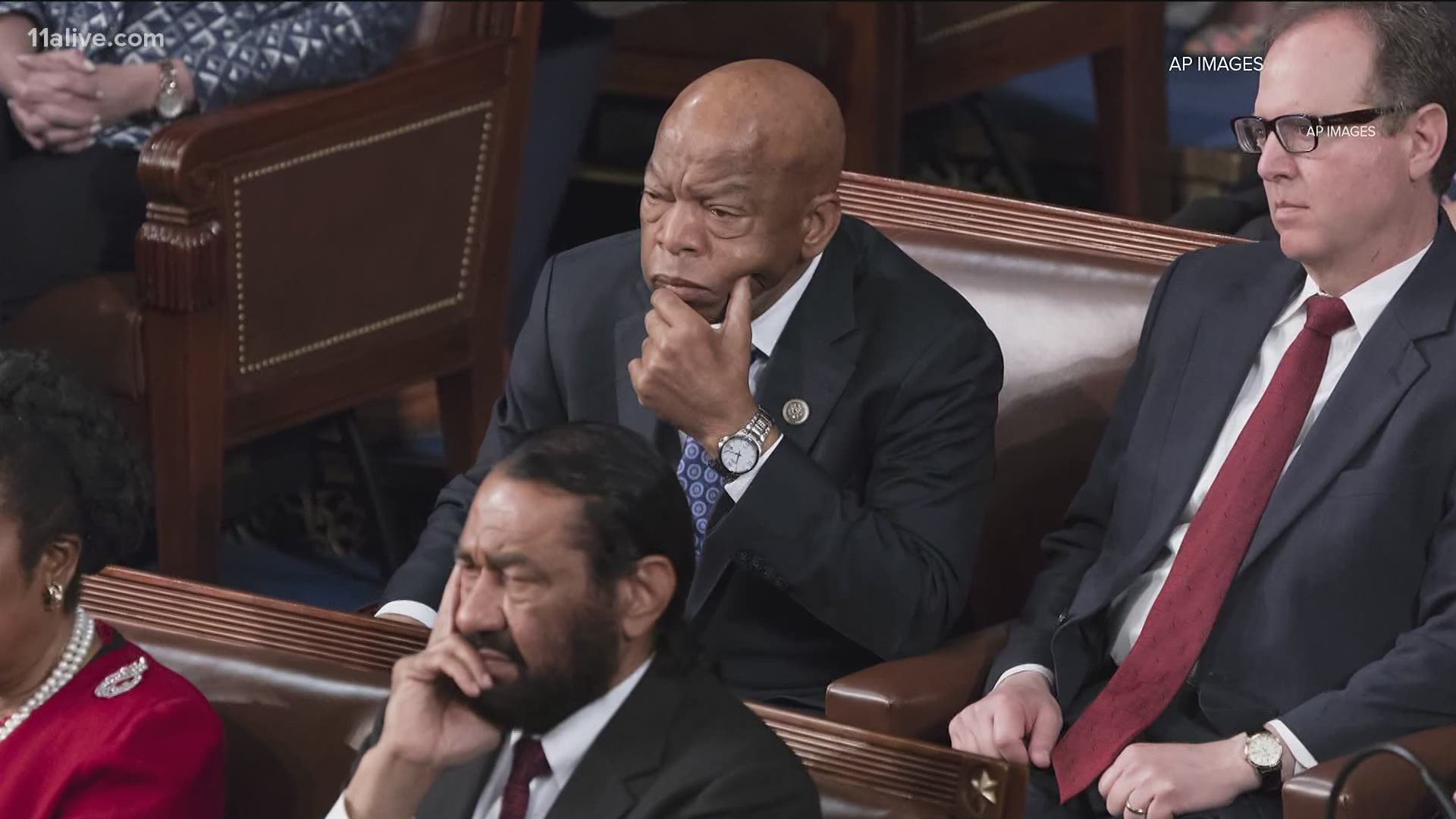 WASHINGTON — The public will get the chance to pause and honor the great civil rights icon and Congressman, John Lewis, next week.

There will be an invitation-only arrival ceremony on Monday, July 27 at 1:30 p.m.

However, the public is invited to pay their respects at separate time later on Monday and again on Tuesday.

Due to the pandemic, officials said Lewis will lie in state at the top of the East Front Steps of the Capitol building for the public viewing, and the public will file past on the East Plaza.

Masks will be required to enter the line, which will begin at the corner of First and East Capitol Streets. Social distancing will also be enforced.

On Monday, the public viewing line will begin at around 6 p.m. and continue until 10 p.m. For Tuesday, the line will start as early as 8 a.m. and last until 10 p.m.

RELATED: Brenda Wood's Last Word on Congressman John Lewis: 'We didn’t deserve him. But Lord, did we need him!'

Officials said The Lewis family are asking that people not travel from across the country given the COVD-19 pandemic. They also said virtual tributes may be posted online using the hashtags #BelovedCommunity or #HumanDignity.

The family is also expected to provide additional details regarding arrangements beyond the Capitol ceremony, including a procession through Washington, D.C., where members of the public will also be able to pay their respects in a socially-distant manner.

Lewis died on July 17 in Atlanta. The civil rights leader and Georgia Democrat, who served the people of the city's 5th district, was 80 years old.

Lewis announced in December 2019 that he was diagnosed with Stage IV pancreatic cancer.

The son of sharecroppers, it was at 15 that the dream inside John Lewis ignited into a life-long, life force as he watched the news of the Montgomery Bus Boycott. Feeding on the revolutionary ideas and ideals of Rosa Parks and Martin Luther King, Jr. changed his life.

Lewis leaves behind his son, John Miles. He was preceded in death by his wife Lillian who passed away in 2012.