Deadly defect found in another version of Takata airbags

Investigators have found new and distinct problems with air bags made by Takata, which manufactured air bags that have lead to the deaths of at least 24 people. 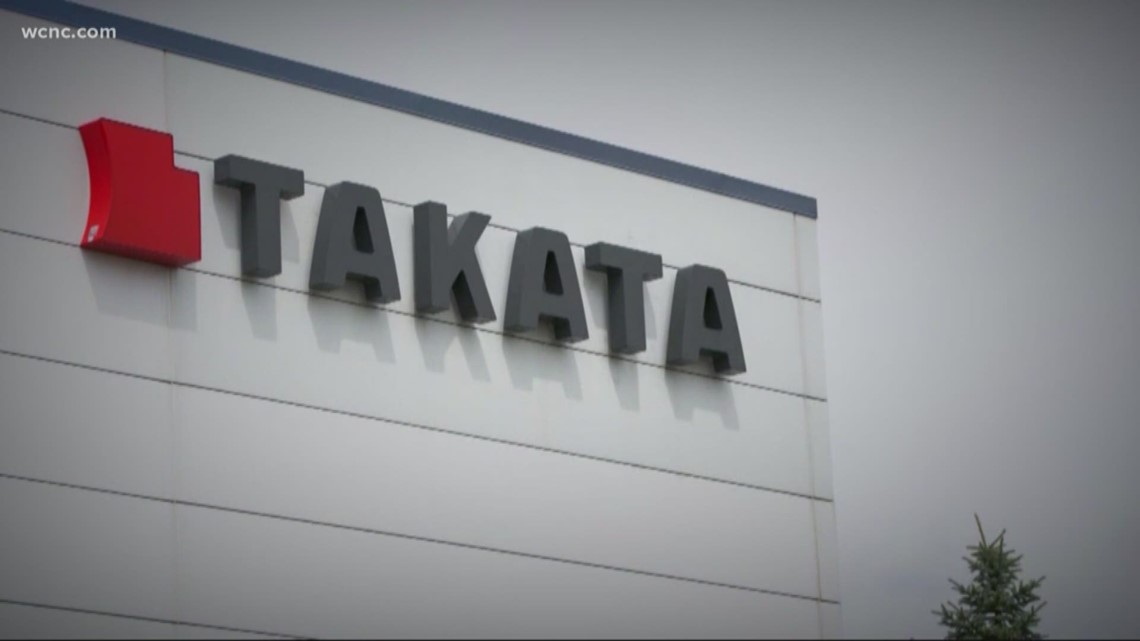 DETROIT — BMW is telling owners of some older 3-series cars to stop driving them after another recall of dangerous Takata air bag inflators.

A driver in Australia was killed by an airbag malfunction, while another Australian and a driver in Cyprus were injured, according to government documents.

The recently discovered malfunction is different than the defect that led to at least 24 deaths and hundreds of injuries worldwide, though the result, like the earlier issue, also results in airbags that can explode and hurl shrapnel, killing or injuring people. The company is adding about 1.4 million front driver inflators to recalls in the U.S., according to government documents posted Wednesday.

In addition, certain Audi, Honda, Toyota and Mitsubishi vehicles made from 1995 to 2000 also are being recalled, but information on which models was not available Wednesday.

Unlike previous recalls, the Takata non-azide inflators do not use volatile ammonium nitrate to fill the air bags in a crash. But the air bag propellant can still deteriorate over time when exposed to moisture and explode too fast, blowing apart the inflator body. They also might not fully inflate to protect people in a crash.

Takata says in government documents that it made about 4.5 million of the inflators worldwide but only a portion are still in use because the vehicles are so old. The faulty inflators have problems with insufficient seals.

Toyota and Honda said they're still figuring out which models will have to be recalled. U.S. safety regulators said they were told by Mitsubishi that the only U.S. vehicle affected is the 1998 through 2000 Montero. A company spokesman was seeking more information.

A message was left Wednesday for Audi, which is Volkswagen's luxury brand.

In a prepared statement, the U.S. National Highway Traffic Safety Administration said it's in discussions with the automakers about the recalls. It urged owners to search for recalls in the coming weeks by entering their vehicle identification number at www.nhtsa.dot.gov/recalls

In the BMW recalls, the company is recommending that people stop driving certain 1999 323i and 328i sedans made from July of 1998 through January of 1999. Spokesman Oleg Satanovsky said those cars have inflators that were made at a Takata factory and are known to be faulty because they were manufactured before production improvements.

Credit: AP
In this May 4, 2016, photo, shadows are cast near a Takata Corp.'s reception desk at the automaker's showroom in Tokyo. Another person has died in Malaysia after a faulty Takata airbag inflator exploded when the Honda it was installed in crashed, raising the known death toll linked to the defect in the Southeast Asian country to six. The driver was killed when the 2004 Honda City car crashed on New Year's Day in central Selangor state, Honda Malaysia said Tuesday, Jan. 30, 2018 in a statement. (AP Photo/Shizuo Kambayashi)

The company also is recalling another 34,000 323i and 328i sedans from 1999-2000 and 323Ci and 328Ci coupes from the 2000 model year. These cars were made from March of 1998 through March of 2000 and have inflators made at two Takata plants that could be defective. Satanovsky says these cars will be inspected and some could get new inflators.

BMW is still developing a remedy for the problem, but the company intends to replace faulty inflators with new ones. The company says owners will be notified when parts are available.

The recall is another in a long saga of problems with Takata inflators that sent the company into bankruptcy.

Most of the recalled inflators use ammonium nitrate to create a small explosion and inflate the air bags. But the chemical deteriorates when exposed to high temperatures and humidity and can burn to fast, blowing apart the canister designed to contain the explosion.

The remnants of Takata were purchased by Chinese-owned Key Safety Systems for $1.6 billion (175 billion yen). A message was left seeking comment from the successor company, Joyson Safety Systems.