Paul Flores, 44, who was the last person seen with Smart before she vanished in 1996, was arrested Tuesday in the Los Angeles area. His father was also arrested. 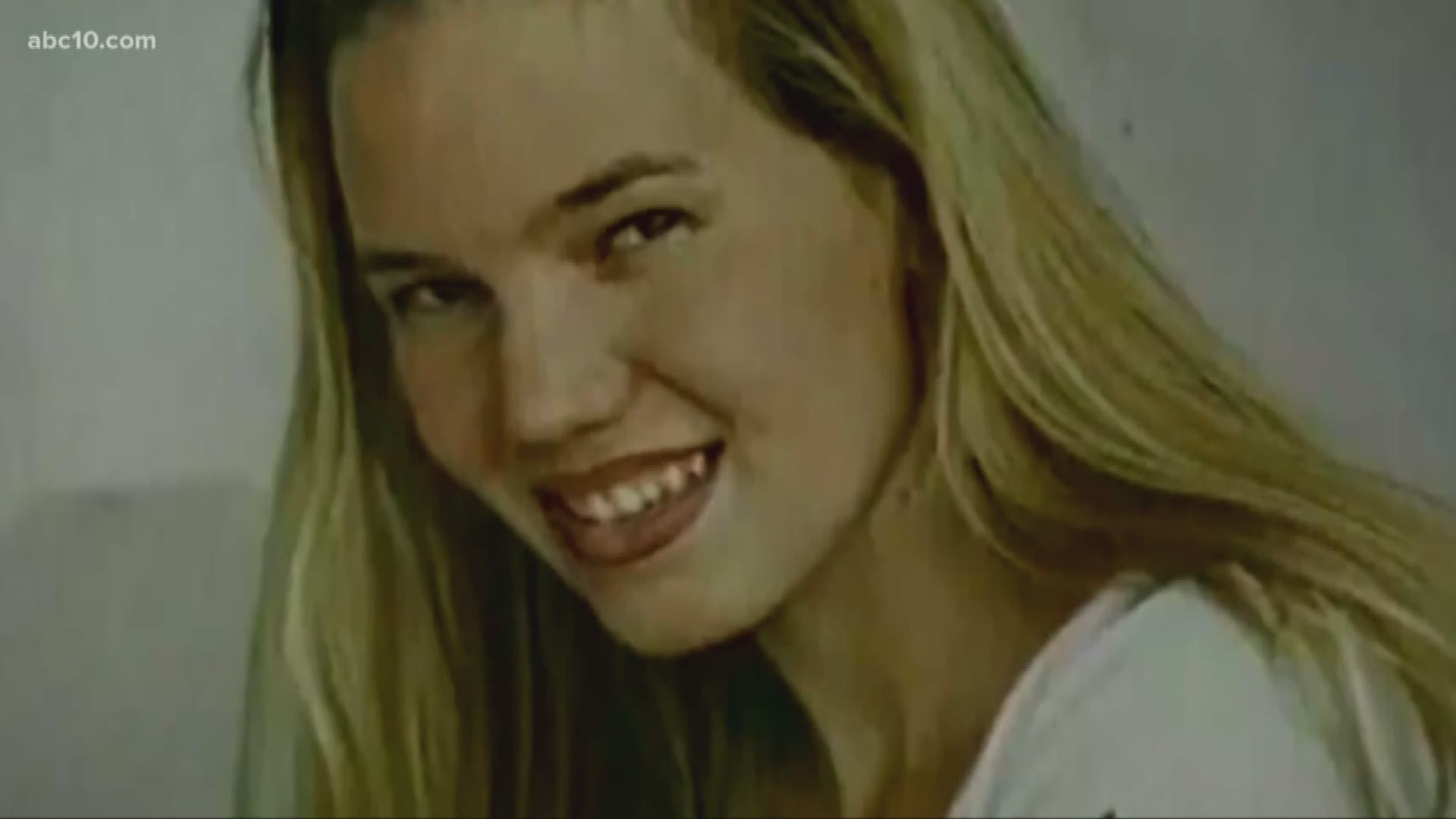 "I hope we can have justice for the Smart family," San Luis Obispo County Sheriff Ian Parkinson said in a press conference about the arrests.

"For over twenty-four years, we have waited for this bittersweet day.  It is impossible to put into words what this day means for our family; we pray it is the first step to bringing our daughter home," Kristin Smart's family said in a statement.

While they were able to arrest Flores, Kristin's remains still have not been found.

"We will continue to try to recover her remains, regardless of what the court says," Parkinson said.

Paul Flores was the "prime suspect" in the 25-year-old disappearance of the California college student who was also a Stockton native. Paul, 44, was the last person seen with Smart before she vanished in 1996, was arrested Tuesday in the Los Angeles area. His father, Ruben Flores, was arrested as an accessory at his Arroyo Grande home, where sheriff’s investigators conducted another search.

"The knowledge that a father and son, despite our desperate pleas for help, could have withheld this horrible secret for nearly 25 years, denying us the chance to lay our daughter to rest, is an unrelenting and unforgiving pain," the family said in the statement.

Parkinson said law enforcement found forensic evidence in at least two homes connected to this case. During search warrants made in the last year, they found evidence in both Paul's and his father's home.

By creating a detective role to specifically follow cold cases, Sheriff Parkinson said they were able to make more progress in this case. They executed 134 search warrants, conducted physical searches at 16 locations and submitted old evidence into modern-day DNA testing for this case alone.

"It's not what you believe, it's what you can prove," Parkinson said, adding how making sure they had the proof for Kristin Smart and her family in the case was important in bringing them closure.

Parkinson also credited Chris Lambert and his podcast, "Your Own Backyard," for helping find new witnesses in the case with its wide reach.

As for finding Kristin, Parkinson said they have evidence to figure out where she could be so they can bring the family closure.

"I think they're feeling a bit of relief, but until we bring Kristin to them, this is not over," Parkinson said. "I know they believe in us and I know that we will find Kristin."

Defense attorney Robert Sanger confirmed that Paul Flores was arrested in the Smart case but he declined to comment on the case.

The news comes about a month after the sheriff named former student Paul Flores as the “prime suspect” in the case and investigators searched his father's home and property using ground-penetrating radar and cadaver dogs. Nearly a year ago, on April 22, 2020, a search warrant was served at the Los Angeles County home of Paul Flores, according to the San Luis Obispo County Sheriff’s Office.

Flores will be in court for his arraignment on Thursday.

The full statement from Kristin Smart's family on today's arrests

For over twenty-four years, we have waited for this bittersweet day.  It is impossible to put into words what this day means for our family; we pray it is the first step to bringing our daughter home.  While Kristin’s loving spirit will always live in our hearts, our life without her hugs, laughs and smiles is a heartache that never abates.  The knowledge that a father and son, despite our desperate pleas for help, could have withheld this horrible secret for nearly 25 years, denying us the chance to lay our daughter to rest, is an unrelenting and unforgiving pain.  We now put our faith in the justice system and move forward, comforted in the knowledge that Kristin has been held in the hearts of so many and that she has not been forgotten.

We honor Kristin today and those who worked with unparalled tenacity and dedication to bring us to this day. Without Kristin in our life, there will never be justice, but we will pray for peace. Unfortunately, the indifference and lack of resolve we experienced early on set the course for many years.However, when Sheriff Parkinson took office in 2011, he made a promise that Kristin’s disappearance would be one of his top priorities. We are here today because he has remained true to his word. We have kept the faith; never given up; and fully placed our trust and support with him and his team.

The task he and his team accepted was unprecedented in volume and scope, yet they met every setback and challenge with resolve and an unequaled commitment to Kristin and our family. Our gratitude to Sheriff Parkinson and his department for their professionalism, compassion, and perseverance is without measure.  We are forever grateful for Detective Clint Cole who joined ‘Team Kristin’ in 2017 and brought new oxygen to Team Kristin and kept our hopes alive. We would not be here today without his professionalism, perseverance, and dedication. His heart and commitment are without equal.We would be remiss if we did not acknowledge the exceptional skills, indefatigable work and unselfish dedication of Christopher Lambert who produced Your Own Backyard Podcast. Chris, along with four incredible angels (C, J, J, and J), balanced Kristin on their shoulders while lightening our burden and held our hearts and hopes with fierce resolve and commitment. There simply are ‘no words’!

We also wish to extend our deepest gratitude for all those on the SLOSO team, including Commander Nate Paul, Detective Cole, and their incredible and dedicated support staff. To each law enforcement agency that assisted the San Luis Obispo County Sheriff’s Department with their extraordinary efforts, our gratitude is immeasurable. Each gave 110% to ensure that this day would come.

We are pleased that Kristin’s case has now moved to the district attorney’s office, where we know we will be in good hands, and look forward to the day when there will be ‘justice’ for Kristin.

To HEAL, we must REMEMBER not only Kristin but also every heart that carried Kristin and our family in theirs! Kristin’s story is ultimately one of unwavering commitment, resilience and immense gratitude.

Background on the case

Kristin Smart was 19 years old when she disappeared in 1996 after leaving an on-campus party at Cal Poly University, San Luis Obispo.

Smart was officially declared dead in 2002, and the case was turned over to the San Luis Obispo County Sheriff's Office. In 2007 Flores' mother's home was dug up and searched throughout for Smart's remains.

In 2016, the FBI excavated a site on the edge of the college campus on a hillside about half a mile from where Smart was last seen. The San Luis Obispo County Sheriff's Office's Spokesman Tony Cipolla told The Los Angeles Times FBI officers discovered "items of interest," but did not say what they were.