They ranged in size from eggs to soccer balls. 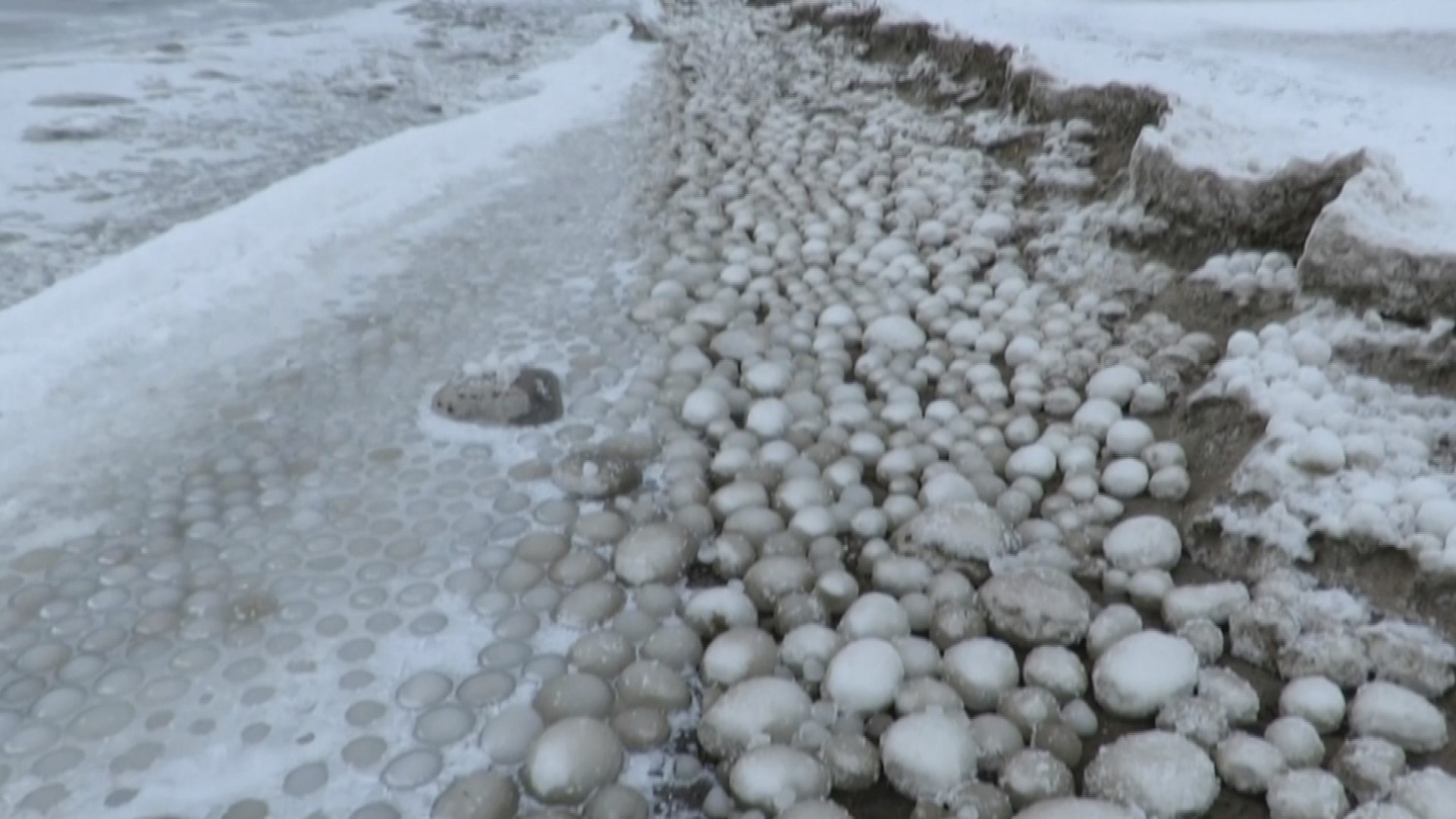 A rare weather phenomenon has led to thousands of egg-shaped ice balls to appear on a beach in Finland.

BBC News reports the so-called "ice eggs" have covered the beach on Hailuoto Island between Finland and Sweden.

Experts reportedly say this happens when small pieces of ice are rolled over by wind and water.

"The general picture is that they form from pieces of larger ice sheet which then get jostled around by waves, making them rounder," said BBC News weather expert George Goodfellow "They can grow when sea water freezes on to their surfaces and this also helps to make them smoother. So the result is a ball of smooth ice which can then get deposited on to a beach, either blown there or getting left there when the tide goes out."

RELATED: What are hole punch clouds?

Amateur photographer Risto Mattila spotted the ice balls and said they ranged in size from eggs to soccer balls.

"That was an amazing view. I have never seen anything like this during 25 years living in the vicinity," Mattila told BBC News.