The standoff at Hong Kong Polytechnic University was one of the most dramatic episodes in nearly six months of unrest that began in June. 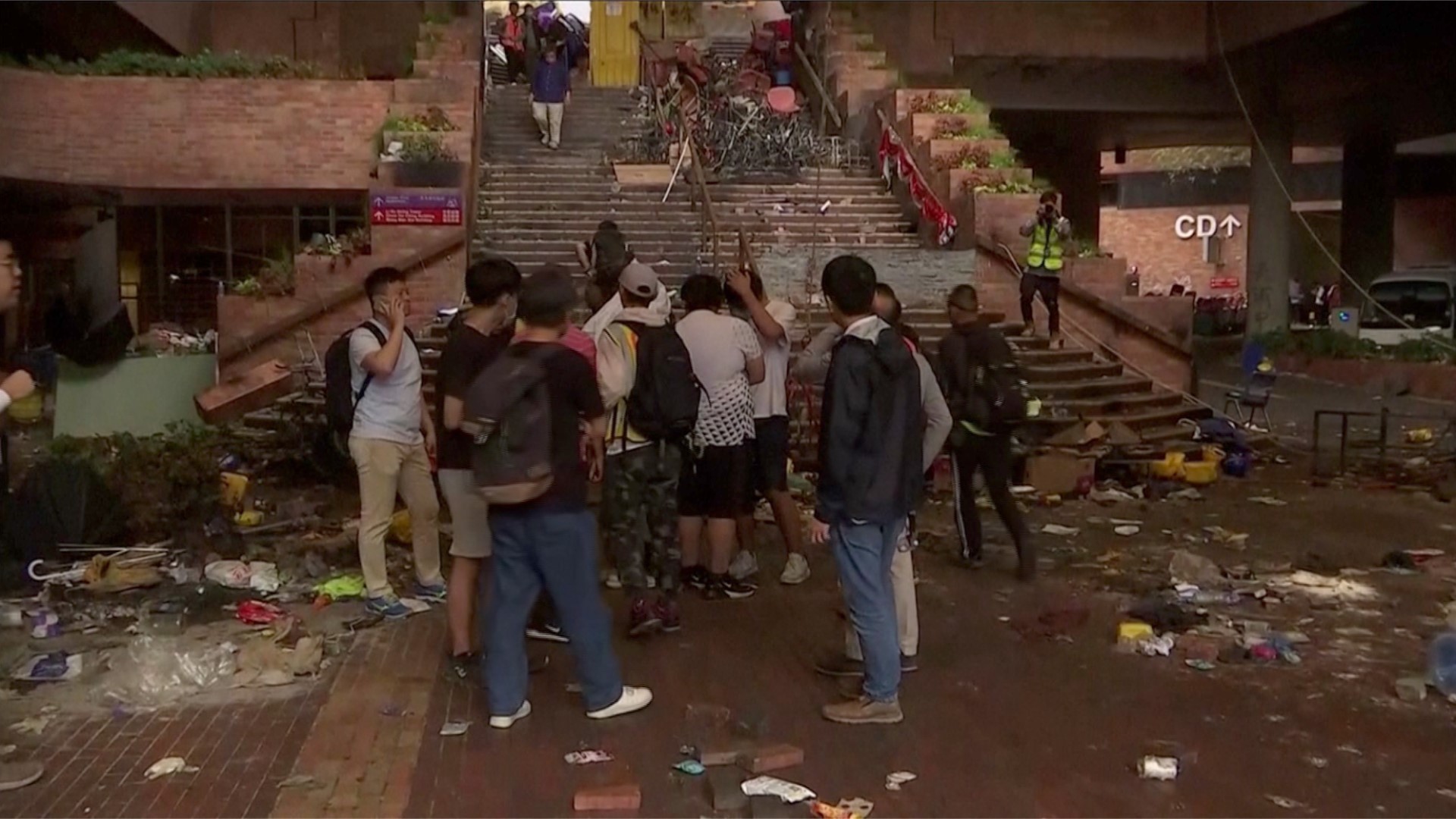 Hong Kong police ended their blockade of a university campus Friday after surrounding it for 12 days to try to arrest anti-government protesters holed up inside.

Police removed a stash of nearly 4,000 gasoline bombs left behind by protesters, who fought pitched battles about two weeks ago with riot officers on surrounding streets.

The standoff at Hong Kong Polytechnic University was one of the most dramatic episodes in nearly six months of unrest that began in June with a huge march against an extradition bill seen as an erosion of freedoms promised when the former British colony returned to Chinese control in 1997.

Protesters have since expanded their demands to include fully democratic elections and an investigation into police use of tear gas, rubber bullets and other force to suppress the demonstrations. Police have arrested 5,890 people since June, ranging in age from 11 to 83.

About 100 officers first entered the Polytechnic campus on Thursday to collect evidence and remove dangerous items. A police statement said that over two days, they seized 3,989 gasoline bombs, 1,339 explosive items, 601 bottles of corrosive liquids and 573 weapons.

No protesters were found. One masked man told media the night before police came in that about 20 people were still hiding to avoid arrest.

They were the holdouts from perhaps 1,100 who had retreated inside after the battles with police. A few escaped the cordon, but police say they arrested 810 people and recorded the details of 300 minors who could face charges later.

Another 567 people were arrested in the vicinity of the university.

A university official estimated it would take five to six months to repair the damage to the campus.

During an official visit to Thailand, city leader Carrie Lam said that Hong Kong is undergoing a difficult period but that the fundamentals of the Asian financial center, including its strengths under the “one country, two systems” framework, remain strong.

“I and my government are listening to our people with a view to resolving some deep-seated problems in Hong Kong through dialogue,” she said. “I have every confidence that Hong Kong can bounce back, as we always do.”

Protesters disrupted traffic in at least two places, but they dispersed after police issued warnings.

Police said two high school students were detained Wednesday for possessing TATP, or tri-acetone triperoxide powder, a powerful explosive that has been used in bomb attacks worldwide. Police said it was alarming that such dangerous explosives were found with young students.

Chanting “fight for freedom, stand with Hong Kong,” thousands of people waved American flags and urged other countries to join the U.S. in supporting human rights in the semi-autonomous Chinese territory.

One of the laws prescribes sanctions on officials found guilty of human rights abuses and requires an annual review of a special trade status for Hong Kong. The other bans the export of certain nonlethal munitions to Hong Kong police.

Associated Press journalists Dake Kang in Beijing and Tassanee Vejpongsa in Bangkok contributed to this story.