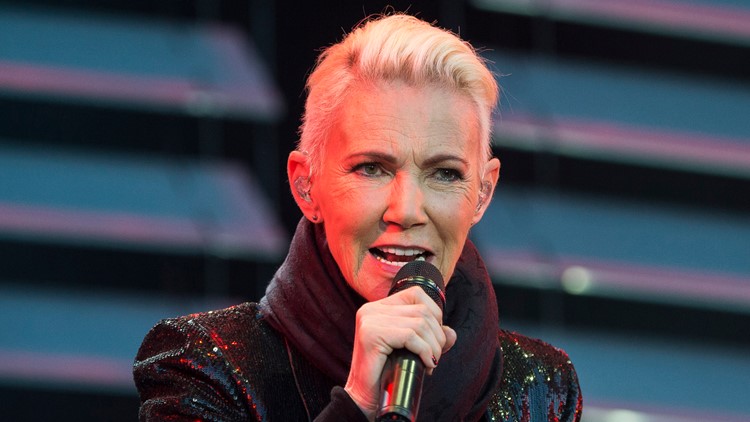 Photo by: AP
FILE - In this file photo dated July 18, 2015, Marie Fredriksson, singer of the pop duo Roxette. Fredriksson has died, aged 61 after a long illness, according to an announcement Tuesday Dec. 10, 2019. (Suvad Mrkonjic / TT via AP)

Marie Fredriksson, the female half of the Swedish pop duo Roxette, has died at age 61. The singer's management agency said Tuesday that Fredriksson died Monday “of the consequences of a long illness.”

Fredriksson formed Roxette with Per Gessle in 1986. The duo's debut single "Neverending Love" gained widespread success in Sweden. With "The Look," a single from the duo's second album. the two went on to achieve international success in the late 1980s and 1990s. Roxette is also known for their songs "Listen to Your Heart," "It Must Have Been Love" and "Joyride." The duo have sold more than 80 million records.

Fredriksson had radiation treatment after she was diagnosed with a brain tumor in 2002. She returned to making music and touring in 2009, until doctors advised her to stop and focus on her health in 2016.

"Thank you, Marie, thanks for everything. You were an outstanding musician, a master of the voice, an amazing performer," her bandmate Gessle said in a statement. "Thanks for painting my black and white songs in the most beautiful colours. You were the most wonderful friend for over 40 years. I’m proud, honoured and happy to have been able to share so much of your time, talent, warmth, generosity and sense of humour. All my love goes out to you and your family. Things will never be the same."

Fredriksson is survived by her husband Mikael Bolyos and her two children, Josefin and Oscar.