Mexico's president heads to Washington for meeting with Trump 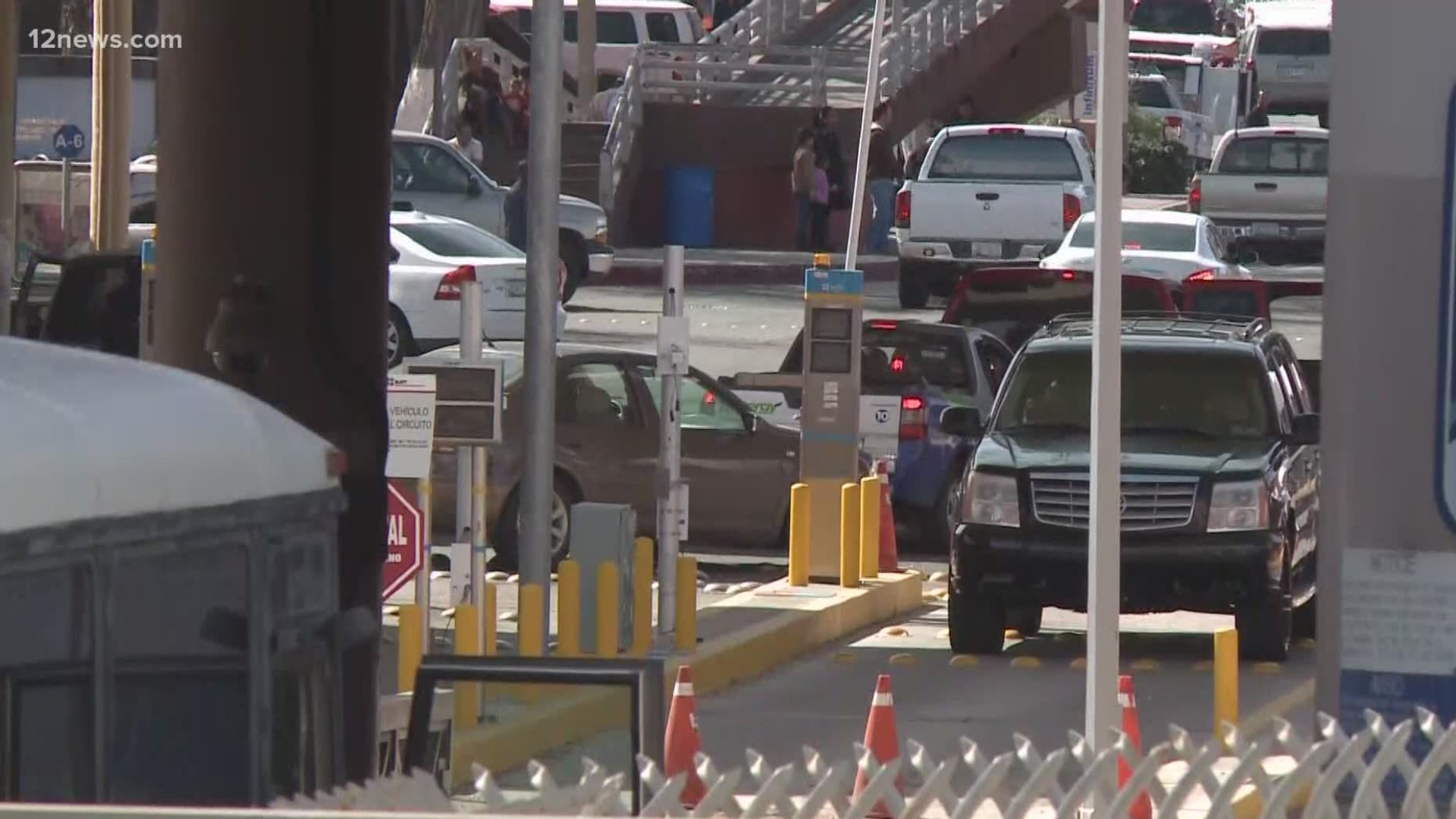 MEXICO CITY, Mexico — For his first foreign trip as president, Mexico’s Andrés Manuel López Obrador travels to Washington Tuesday to meet with President Donald Trump, a leader who has repeatedly used Mexico as a piñata to rally his base.

The visit, coming just four months before U.S. elections, has many Mexicans cringing. Trump has insulted them, threatened crippling tariffs to strongarm Mexico into playing an uncomfortable role in U.S. immigration policy and insisted they will pay for a border wall meant to keep migrants out of the U.S.

But López Obrador has had a surprisingly warm relationship with Trump. He likes to point out that more recently Trump helped Mexico reach a deal with other oil-producing nations to cut production and aided Mexico in obtaining more ventilators to face the coronavirus pandemic. Both presidents talk about a blossoming friendship that seems to stem from their pursuit of unapologetically nationalist agendas.

López Obrador hints at the real reason for the trip when he reels off U.S. economic statistics — the size of the U.S. pandemic stimulus package, the number of jobs the U.S. got back in June. Mexico’s economy was in recession before the pandemic, has shed about 1 million jobs since and is forecast to contract this year by as much as 10%.

“This helps us by being neighbors,” López Obrador said Tuesday, before departing. “This is about the economy, it’s about jobs, it’s about well-being.”

There is no doubt Trump will try to use the visit to his advantage. The encounter will draw attention to a trade accord replacing one Trump said was a bad deal and will allow the president to bash former Vice President Joe Biden for voting in favor of the old North American Free Trade Agreement. Trump could stir his base with sharp words for Mexico or simply play up López Obrador’s desire to express his gratitude.

In 2016, Trump, then a candidate for the presidency, visited López Obrador’s predecessor, an invitation for which President Enrique Peña Nieto was harshly criticized, inlcuding by López Obrador. Trump left that visit and flew to Arizona where he railed against immigrants.

RELATED: US extends border restrictions with Canada, Mexico to July 21

López Obrador, a pragmatist and nationalist above all, knows there is no more important ally than the behemoth to the north, especially as Mexico’s economy plunges deeper into recession. If Trump wins a second term, López Obrador could be calculating he’ll have a friend for the remaining four years of his administration. If the Democrats take office, he trusts they will respect the importance of the bilateral relationship and not hold a grudge.

“Maybe he’s making the right bet and we don’t know it,” said Guadalupe Correa-Cabrera, associate professor at George Mason University’s Schar School of Policy and Government. She expects Trump to use the visit to rally his base, perhaps even reviving the claim that Mexico will pay for the border wall, a topic López Obrador repeatedly dodged Tuesday.

“He’s conscious of what can happen,” she said. “It happened to Peña Nieto. It can easily happen to him.”

López Obrador insists that he has no desire to be drawn into U.S. domestic politics. He says he’s going to mark the new United States-Mexico-Canada Agreement, which took effect July 1.

Credit: AP
FILE - In this Dec. 10. 2019 file photo, Mexico's President Andres Manuel Lopez Obrador speaks during an event to sign an update to the North American Free Trade Agreement, at the National Palace in Mexico City. Mexico celebrated on Wednesday, July 1, 2020, the implementation of the new free trade agreement with Canada and the United States that it hopes will lead to more investment in its struggling economy. (AP Photo/Marco Ugarte, File)

“There is no way (López Obrador) can spin this visit in his favor,” said Tony Payan, director of the Center for the United States and Mexico at Rice University’s Baker Institute for Public Policy.

“If we have a good relationship with the United States government, we are going to avoid mistreatment” of Mexicans living in the U.S., López Obrador said. López Obrador has repeatedly raised the importance of the remittances sent home by migrants and praised them as heroes.

Payan said immigration is always on the bilateral agenda, but he sees little chance for Mexico winning any concessions from Trump, whose administration continues to curtail legal and illegal immigration.

“I think Trump is more interested in restricting access to the American labor market today more than ever,” Payan said.

Mexico’s worrisome level of violence — 2019 saw the highest number of murders on record — could be an opening. López Obrador could ask for more U.S. assistance in intelligence or tracking drug traffickers' financial transactions. He says he will not undermine Mexico’s sovereignty and has been a harsh critic of the Merida Initiative that brought U.S. financial and material support to Mexico as his predecessors battled the cartels.

For Trump, the visit is an opportunity to criticize his opponent for supporting NAFTA more than two decades ago, possibling helping garner votes in the Midwest states where workers blamed the old trade deal for prompting U.S. companies to shift manufacturing to Mexico, where labor costs were lower.

Trump said replacing the “disastrous NAFTA trade deal” was one of the biggest promises he made to his supporters in 2016. Trade was perhaps the single biggest reason he ran for president in the first place, Trump says.

He is fond of saying that after NAFTA was created, the U.S. lost one in four manufacturing jobs while asserting that the new deal will create nearly 100,000 new, high-paying American auto jobs, boost exports for U.S. farmers and ranchers and increase trade with Mexico and Canada. 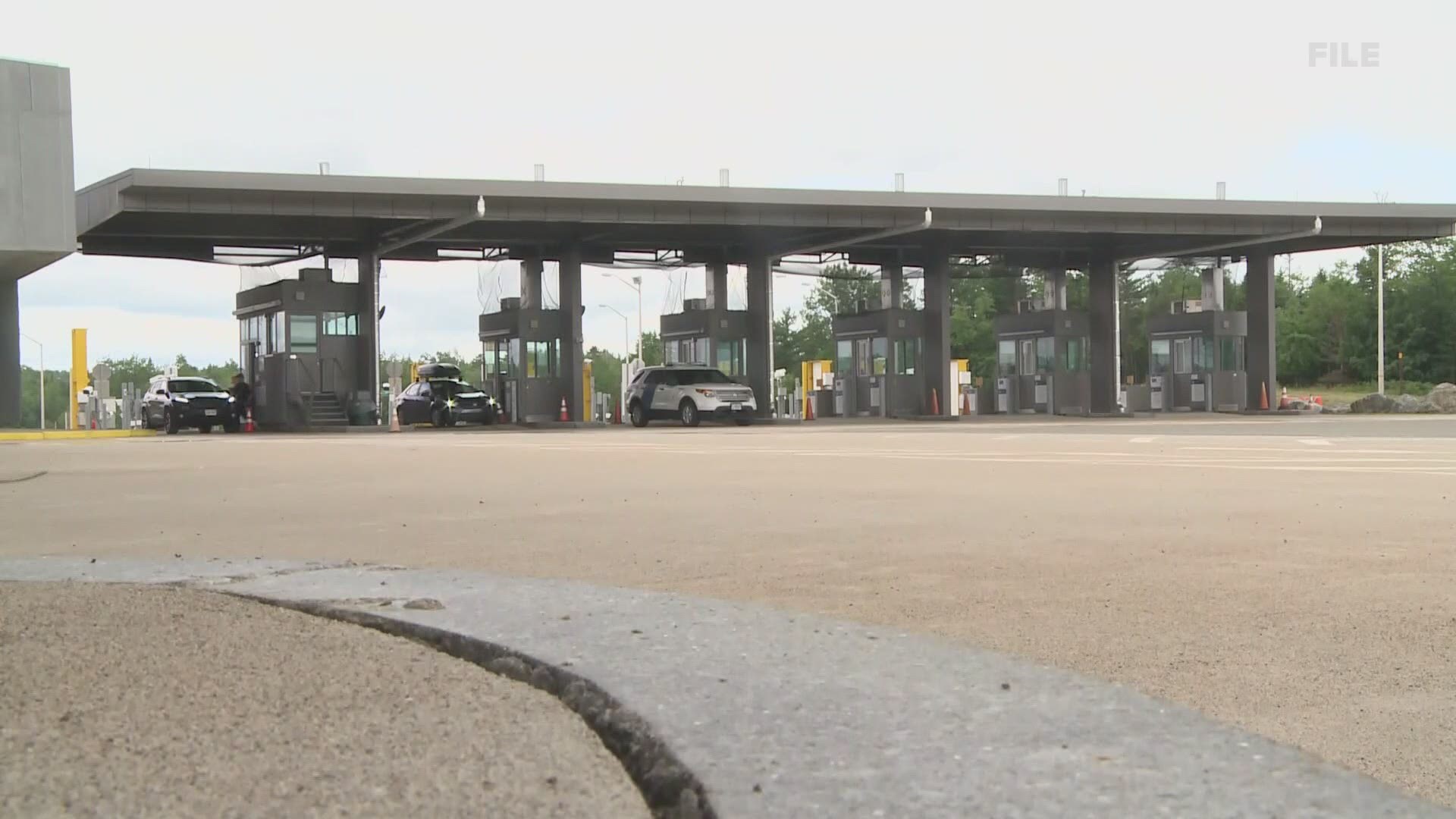 Trump is correct that the United States has lost nearly 4 million factory jobs since that pact took effect in January 1994. But most economists attribute the losses more to the recessions of 2001 and 2007-2009, automation and low-cost competition from China.

Biden has said he didn’t regret voting for NAFTA during his time in the Senate. “Fair trade is important,” Biden has said. “Not free trade. Fair trade. And I think that back in the time during the Clinton administration, it made sense at the moment.”

From López Obrador’s perspective, a good relationship with whoever occupies the White House is Mexico’s best policy.