NASA sending missions to Venus for first time since 1990

One of the two missions to Venus, which may have once been habitable, will try to see if the planet ever had an ocean. 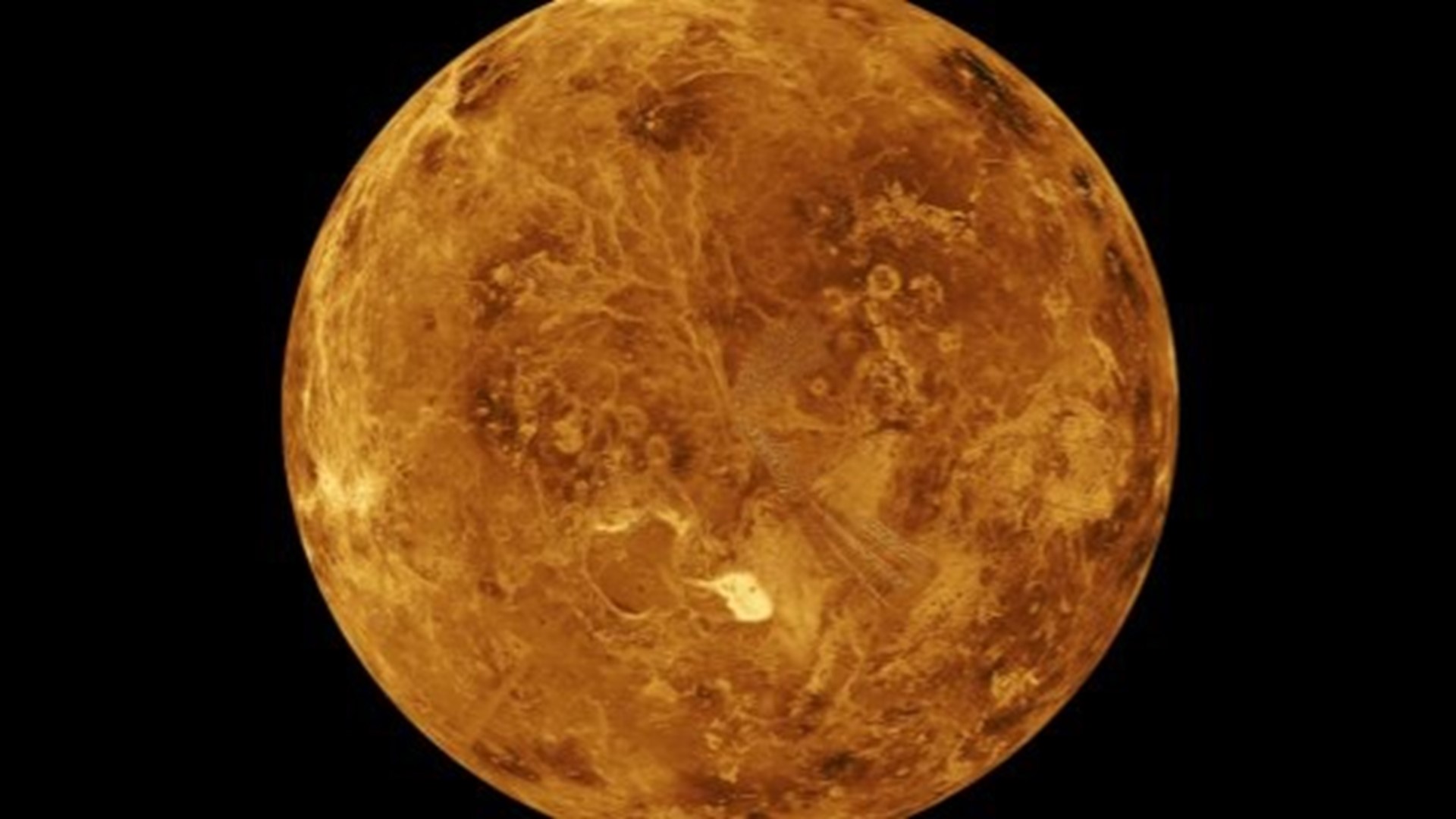 After more than 30 years of nothing but spacecraft flybys, NASA is preparing two expeditions specifically to the mysterious planet Venus to try finding out how it became so different from Earth when it may, at one time, have been a habitable planet.

The DAVINCI+ mission, which stands for Deep Atmosphere Venus Investigation of Noble gases, Chemistry, and Imaging, "will measure the composition of Venus’ atmosphere to understand how it formed and evolved, as well as determine whether the planet ever had an ocean," NASA said in a statement Wednesday.

Venus, which is slightly smaller than Earth, is covered in clouds and has an average temperature of 880 degrees Fahrenheit. NASA says DAVINCI+ will drop a spherical probe into the atmosphere to measure noble gases and other elements to determine how the planet got that way.

DAVINCI+ will also provide the first high-resolution photos of Venus' geological features which could be comparable to the continents on Earth.

Separately, the Venus Emissivity, Radio Science, InSAR, Topography, and Spectroscopy mission, or VERITAS, will map the planet's surface from orbit using a synthetic aperature radar, NASA said. It will create 3D reconstructions to determine if plate tectonics and volcanoes are active.

"VERITAS also will map infrared emissions from Venus’ surface to map its rock type, which is largely unknown, and determine whether active volcanoes are releasing water vapor into the atmosphere," NASA said.

The last NASA mission to study Venus was the Magellan orbiter in 1990, according to Space.com. That mission lasted for four years before NASA lost contact. Since then, spacecraft like Galileo, Cassini and Messenger swung by Venus for a gravity assist to get to other planets.