DeJoy wasn't among the 53 candidates for the job who were initially presented to the U.S. Postal Service board of governors. 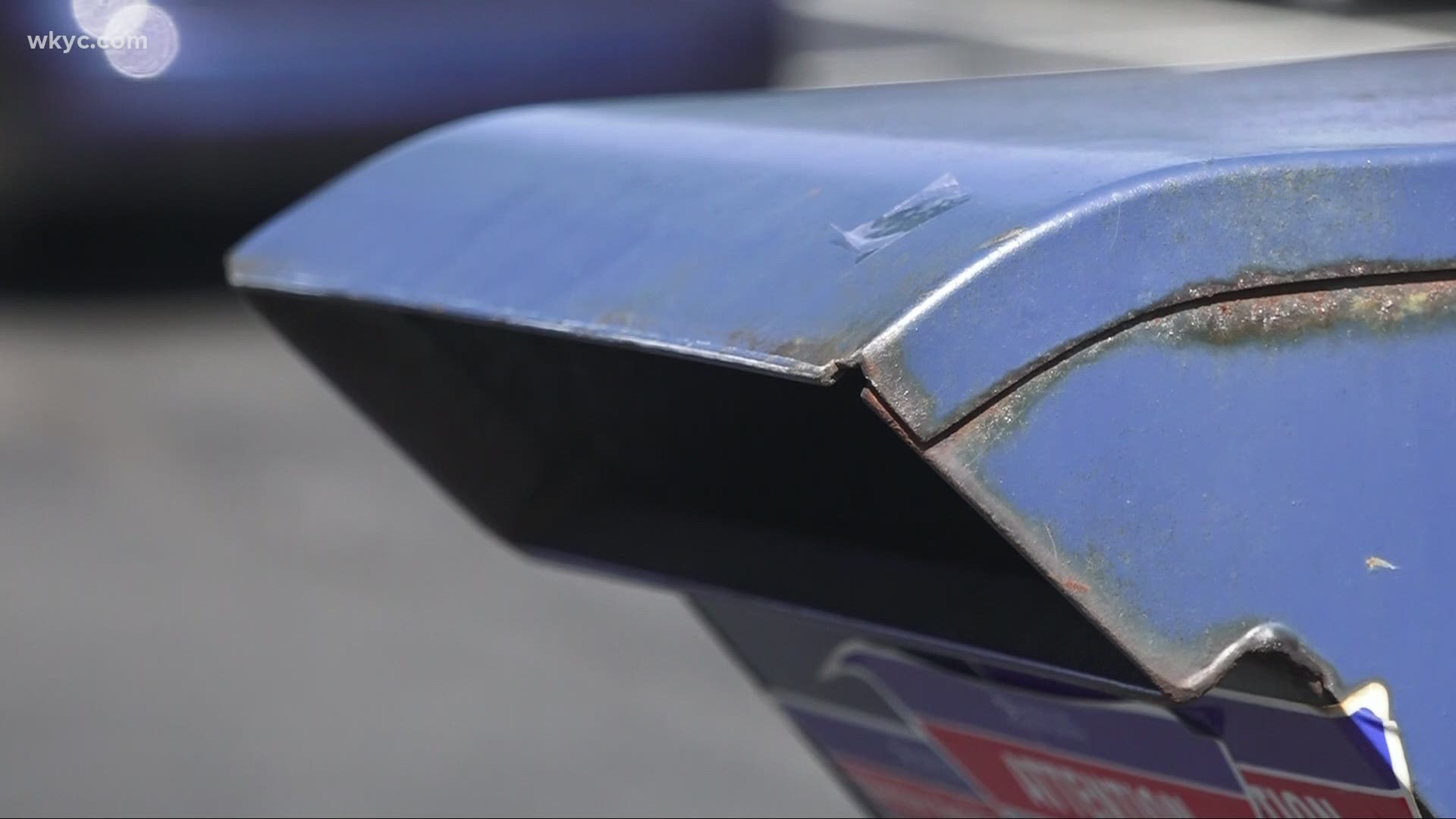 WASHINGTON — During its search for a new postmaster general, the U.S. Postal Service Board of Governors was presented with 53 candidates screened by an outside company. Not on the list: Louis DeJoy, who ultimately got the job.

Instead, in what Democrats call a breach of protocol and blatant cronyism, DeJoy's name was added as a contender by the board member leading the search, John Barger. He was acting on behalf of the board's chairman, Robert “Mike” Duncan, a former Republican National Committee chairman who knew DeJoy and his wife through work on a White House advisory group. DeJoy, Barger and Duncan were prominent donors to President Donald Trump and other Republicans.

How exactly DeJoy was hired is among the questions Congress is trying to unravel as lawmakers scrutinize a series of operational changes at the Postal Service that have resulted in widespread mail delays and fears that the agency will not be able to handle an expected surge in mail-in ballots this fall as a result of the coronavirus pandemic.

Democrats say they also want to learn more about the role of Treasury Secretary Steve Mnuchin, who met with Duncan and other Republicans on the agency's board while the selection of the new postmaster general was underway.

The Trump administration denies any impropriety in the selection of DeJoy, a former supply chain CEO who is the first postmaster general in nearly two decades not to be a career postal employee. Mnuchin has said he had no involvement, though his heightened interest in the Postal Service has raised questions given Trump's focus on mail-in voting.

RELATED: Day of Action: Nancy Pelosi calling on lawmakers to hold press events at U.S. Post Offices across the nation

RELATED: VERIFY: No, if half of US adults bought a book of 20 stamps, it would not solve the USPS deficit

The Associated Press reviewed hundreds of pages of records related to DeJoy, revealing a driven businessman who turned his father's trucking company into a national logistics operator, clashed with labor unions and forged political connections that eased his path into lucrative government contracting.

His prolific giving to organizations and GOP candidates, including $1.2 million to Trump, has also drawn a spotlight to the transactional appearance of some of his contributions. His wife, Aldona Wos, is a prominent donor as well, and has been nominated by Trump to serve as ambassador to Canada; her nomination is pending.

The records reviewed by the AP reveal a pattern of DeJoy's family winning coveted opportunities after making generous contributions.

In one instance, DeJoy’s son, Andrew, secured a slot on Duke University’s tennis team in 2014 while his parents wrote a series of large checks to the school’s athletic department.

The team was ranked 14th in the nation by the Intercollegiate Tennis Association and drew a host of top national and international prospects. But Andrew DeJoy was not one of them when he joined as a walk-on freshman months after the season started.

“It was a dream of mine since I was very little, but I wasn’t expecting to play,” Andrew DeJoy said in an interview published by the school’s athletic department in 2015. “I just emailed the coach and said I was willing to work hard over the summer if there was spot. Luckily ... In the fall, things just worked out.”

In the years before Andrew DeJoy enrolled, the family’s foundation donated several thousand dollars a year to Duke. But in 2014 they escalated their giving with a $737,000 contribution, according to tax records. The money helped finance the Blue Devil Tower, a massive glass-encased addition to the school’s football stadium, which includes the DeJoy Family Club, a “first-class” banquet hall overlooking the field with space for 600 people.

During Andrew DeJoy's second year on the team, his family gave another $462,000 to Duke. The donations continued during the rest of his tenure at the school, totaling at least $2.2 million.

Duke athletic department spokesman Art Chase declined to comment. A representative of the family’s foundation did not respond to a request for comment.

It’s was not the first time the family tapped its largess before receiving positions of importance.

Wos, DeJoy's wife and a physician who immigrated to the U.S. from Poland, was appointed President George W. Bush’s ambassador to Estonia after she helped raise over $200,000 for his 2004 campaign. Granting ambassadorships is a common way presidents reward their top donors. She donated more than $35,000 to Trump’s reelection before he announced that he would nominate her to be his next ambassador to Canada.

Louis DeJoy also saw his federal work pick up while his wife served as Bush's envoy to Estonia. Between 2003 and 2009, his company New Breed Logistics was awarded contracts worth $59 million, according to federal spending data

During the 2012 governor’s election in North Carolina, DeJoy, Wos and more than 60 employees of New Breed from eight different states routed more than $165,000 to the campaign of Republican Pat McCrory. The donations were made at a time when contribution limits prevented individual contributors from giving more than $8,000 to a candidate in an election cycle.

RELATED: Postal Service launches website with info on how to vote by mail

“They’ve never asked for anything for their involvement,” said McCrory, adding that DeJoy and Wos are also generous philanthropists and “don’t just write checks” and “put their sweat equity behind everything they do.”

Wos was selected in 2013 to serve as the head of North Carolina’s Department of Health and Human Services under McCrory, where she had a rocky tenure until stepping down in 2015. Her time there included the troubled roll out of a new computer system, which delayed the issuance of food stamps, sent Medicaid cards containing private information to the wrong recipients and put government funding in jeopardy.

There are also questions about DeJoy's relationship with labor while in the private sector, given that he now oversees an agency where many of his 650,000 workers are unionized. New Breed, the company he founded, was sanctioned multiple times by federal regulators for violating labor laws.

In 1994, the National Labor Relations Board found the company was “motivated by anti-union animus” when it quietly hired nonunion employees at a California facility, a finding upheld by a federal appellate court. The company was also ordered to pay $22,000 in back wages to 23 workers in North Carolina in 2006 after it was cited for 40 labor and hour violations, records show.

In 2015, a federal appellate court upheld a $1.5 million settlement the company was ordered to pay to four workers who were fired after reporting sexual harassment by a supervisor in 2008. The company had fought the claim for years, seeking to lower the amount it was required to pay.

Though DeJoy was a Trump donor, it remains unclear exactly how he emerged as the top contender to lead the Postal Service. Mnuchin has denied that he or other Treasury Department officials played a role in recruiting or suggesting DeJoy to the Postal Service board of governors, which is comprised of Trump appointees. In an Aug. 21 letter to Senate Democratic leader Chuck Schumer of New York, Mnuchin that he was “surprised" to learn DeJoy was a finalist.

Still, Mnuchin has been keenly interested in postal operations since at least 2018, when Trump named him to lead a task force to evaluate ways to stem billions of dollars in losses at the agency. A December 2018 report urged removal of current price caps for mail and packages not deemed as “essential postal services.”

David C. Williams, a former Postal Service inspector general who said he resigned as vice chairman of the board of governors in April after it became clear DeJoy would be hired, said Mnuchin was using a multibillion-dollar line of credit with the Postal Service as leverage to take effective control over labor agreements, prices and contracts with Amazon and other large shippers.

“The Treasury was using that responsibility to make demands that I believed would turn the Postal Service into a political tool, ending its long history as an apolitical public infrastructure,″ Williams told the Congressional Progressive Caucus at a forum last week.

In a “fact sheet” issued in response to Williams's claims, the Treasury said it plays an important role overseeing federal loans to the Postal Service. Outstanding loans to the agency stand at $14.4 billion, with $10 billion more in lending authority included in an economic rescue law approved by Congress in March. That loan should be finalized in coming weeks.

In its fact sheet, the Treasury said Mnuchin's dealings with the board of governors were routine and part of his obligation as the Postal Service's largest creditor.

But S. David Fineman, a former chairman of the board of governors, described Mnuchin’s involvement with the service as “unprecedented” and said many questions remain about why drastic changes were put in place so soon after DeJoy became postmaster general.

DeJoy "didn’t strike me as a serious candidate,'' Williams said, calling DeJoy's initial job interviews unimpressive. "Governor Barger actually helped him finish a number of sentences before he got stuck'' during one interview, Williams recalled.

Barger disputed that. "Louis DeJoy — after all of our interviews and our vetting and deep dives into his background — showed himself to be an uncommonly strong leader,” he told the Los Angeles Times.

DeJoy won unanimous, bipartisan support from the board of governors when he was hired in May.

Rep. Gerald Connolly, D-Va., said Mnuchin should testify before Congress — under subpoena if necessary — to explain his role in DeJoy’s hiring and the operational changes.

DeJoy "should never been hired,'' Connolly said. “We don't need a Trump donor at the Postal Service.''