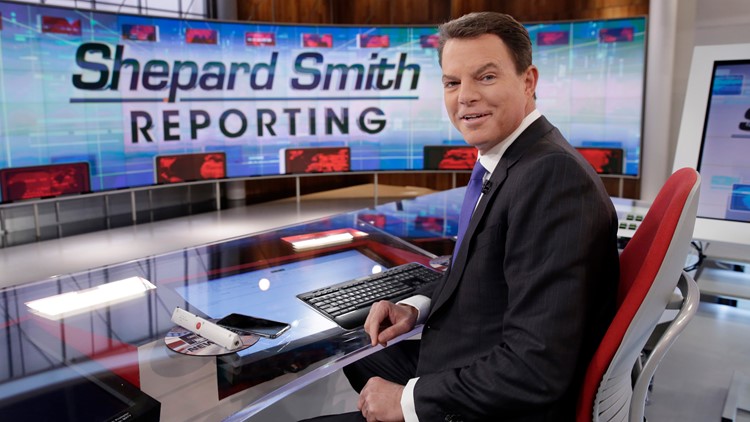 Photo by: AP
FILE - In this Jan. 30, 2017, file photo, Fox News Channel chief news anchor Shepard Smith appears on the set of "Shepard Smith Reporting" in New York. Smith, whose newscast on Fox News Channel seemed increasingly an outlier on a network dominated by supporters of President Trump, says he is leaving the network. He has worked at Fox News Channel since the network started in 1996. In a statement, Smith said he had asked the company to let him leave. He gave no reason for the seemingly sudden decision. (AP Photo/Richard Drew, File)

NEW YORK — Shepard Smith, whose newscast on Fox News Channel seemed increasingly an outlier on an outlet dominated by supporters of President Donald Trump, abruptly quit after signing off his final newscast on Friday.

Smith, who had signed a contract extension last spring, said that he had asked the network to let him out of his deal and it had agreed.

"Even in our currently polarized nation, it's my hope that the facts will win the day, that the truth will always matter, that journalism and journalists will thrive," he said.

Trump has been increasingly critical of personalities on Fox News that he views as disloyal. On Thursday, the president cited Smith and Fox analysts Andrew Napolitano and Donna Brazile in a tweet that said, "Fox News doesn't deliver for US anymore. It is so different than it used to be."

Neil Cavuto, who anchors the broadcast following Smith's, looked shocked after the announcement.

Smith was one of Fox News Channel's original hires in 1996, and was a particular favorite of Roger Ailes, the former Fox chairman who was ousted in 2016 following misconduct charges and died the following spring. While he often angered many of Fox's conservative viewers, Smith's work was most prominently cited by the network when it received criticism for being too partisan.

On his afternoon newscast, Smith had frequently given tough reports debunking statements made by Trump and his supporters — even the Fox News opinion hosts that rule the network's prime-time lineup.

Two weeks ago, Smith clashed with Tucker Carlson that started when Napolitano, speaking on Smith's program, said that it was a crime for Trump to solicit aid for his campaign from a foreign government, in this case Ukraine. Later that night, Carlson asked his own analyst, Joseph diGenova, about that and he called Napolitano a fool.

The next day, Smith said that "attacking our colleague who is here to offer legal assessments, on our air, in our work home, is repugnant."

In an interview with Time magazine in March 2018, Smith said that "they don't really have any rules on the opinion side.

"They can say whatever they want," he said. "Some of our opinion programming is there strictly to be entertaining. I get that. I don't work there. I wouldn't work there."

On a broadcast in July, Smith called out Trump over his "misleading and xenophobic eruption" of criticism aimed at a group of Democratic congresswoman who are minorities, saying the president's remarks were part of a pattern of distraction and division.

"The news department (at Fox) has just taken a huge hit with the loss of Shep," said Carl Cameron, a longtime former reporter at Fox. "For journalists like Chris Wallace and Bret Baier, it's going to get even harder."

Smith, 55, said he is not retiring, although his agreement with Fox will forbid him from working elsewhere "at least in the near future."

Fox said that a news broadcast would continue in its 3 p.m. ET hour with rotating substitute anchors.