Five people have been arrested and there have been no reports of extraterrestrial or UFO sightings. 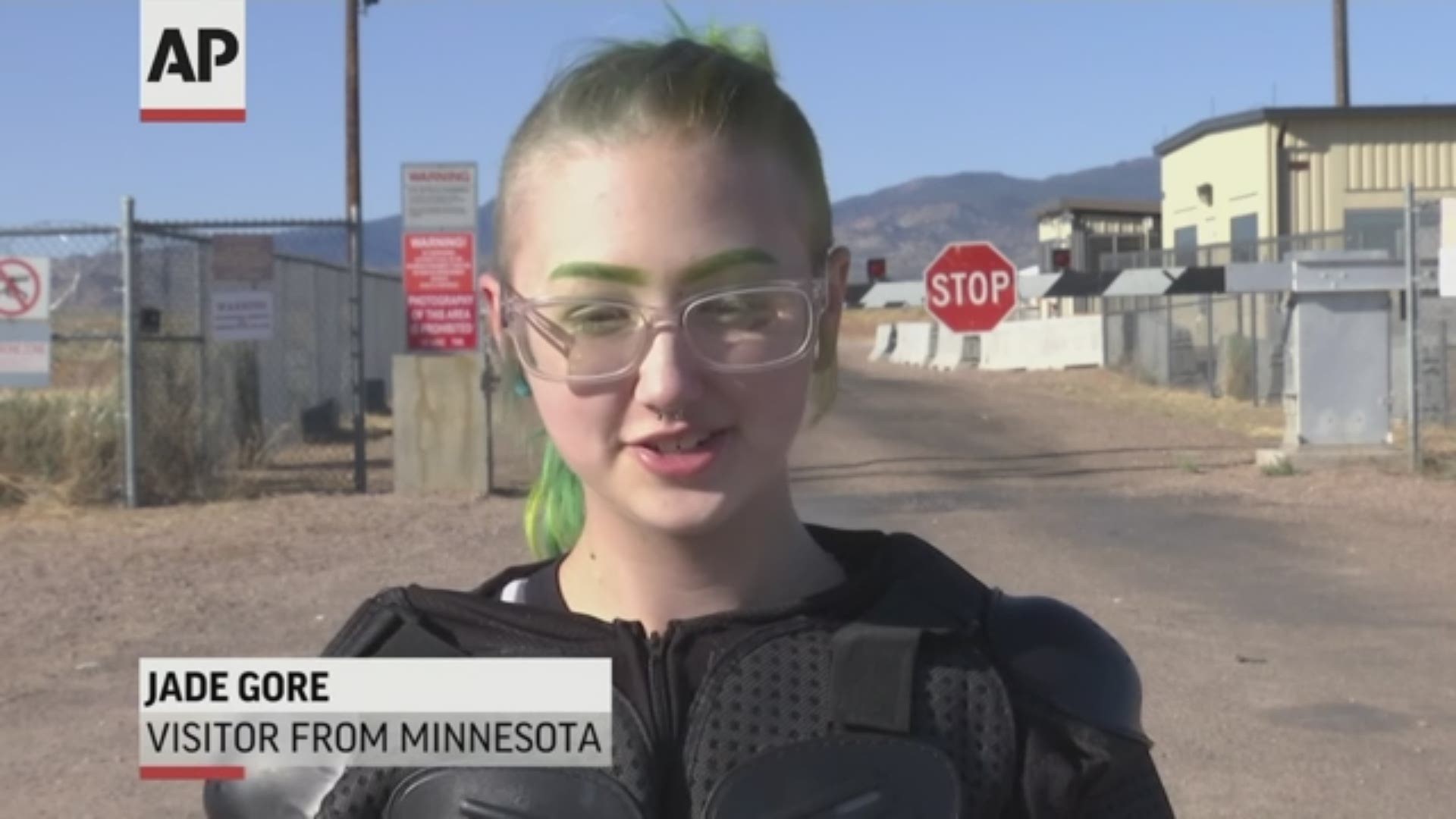 HIKO, Nev — Events involving thousands of Earthlings answering an internet buzz about an invitation to "Storm Area 51" in the Nevada desert have been mostly festive, with crowds numbering in the low thousands and few arrests, officials said.

Three more people were arrested Friday on the remote once-secret military base, Lincoln County Sheriff Kerry Lee said, bringing to five the tally since Thursday of accused trespassers during "Alienstock" and "Area 51 Basecamp" events and festivals in the tiny desert towns of Rachel and Hiko.

Several minor injuries were reported, and one man was treated for dehydration by festival medics in Rachel before returning to the party.

While costumed space aliens were a common, dayglow, and sometimes hilarious sight, no one reported seeing actual extraterrestrials or UFOs.

"There's a great sense of community among everyone here," said John Derryberry, who drove with his girlfriend, Sarah Shore, from Nashville, Tennessee.

"It started as a joke and now people are getting to know each other," said Tracy Ferguson, 23, of Sioux Falls, South Dakota. He said the internet gave him the idea to drive to Nevada with his girlfriend, Jade Gore, 19, of Worthington, Minnesota.

Lee said a man reported missing Friday morning after heading Thursday from a festival campground in Hiko toward an Area 51 gate was found safe Friday evening. Details weren't immediately made public, but his disappearance was not believed to have been an abduction.

Almost 100 people went at 3 a.m. Friday to the best-known "back gate" of the legendary former top-secret U.S. Air Force base, near of the tiny town of Rachel, and another 40 made a more difficult trek to a lesser-known gate in Tikaboo Valley, Lee said.

About 300 went to the Tikaboo gate during daylight, and another 800 people made the dusty 8-mile (13-kilometer) drive to the Rachel gate during the day, Lee said. 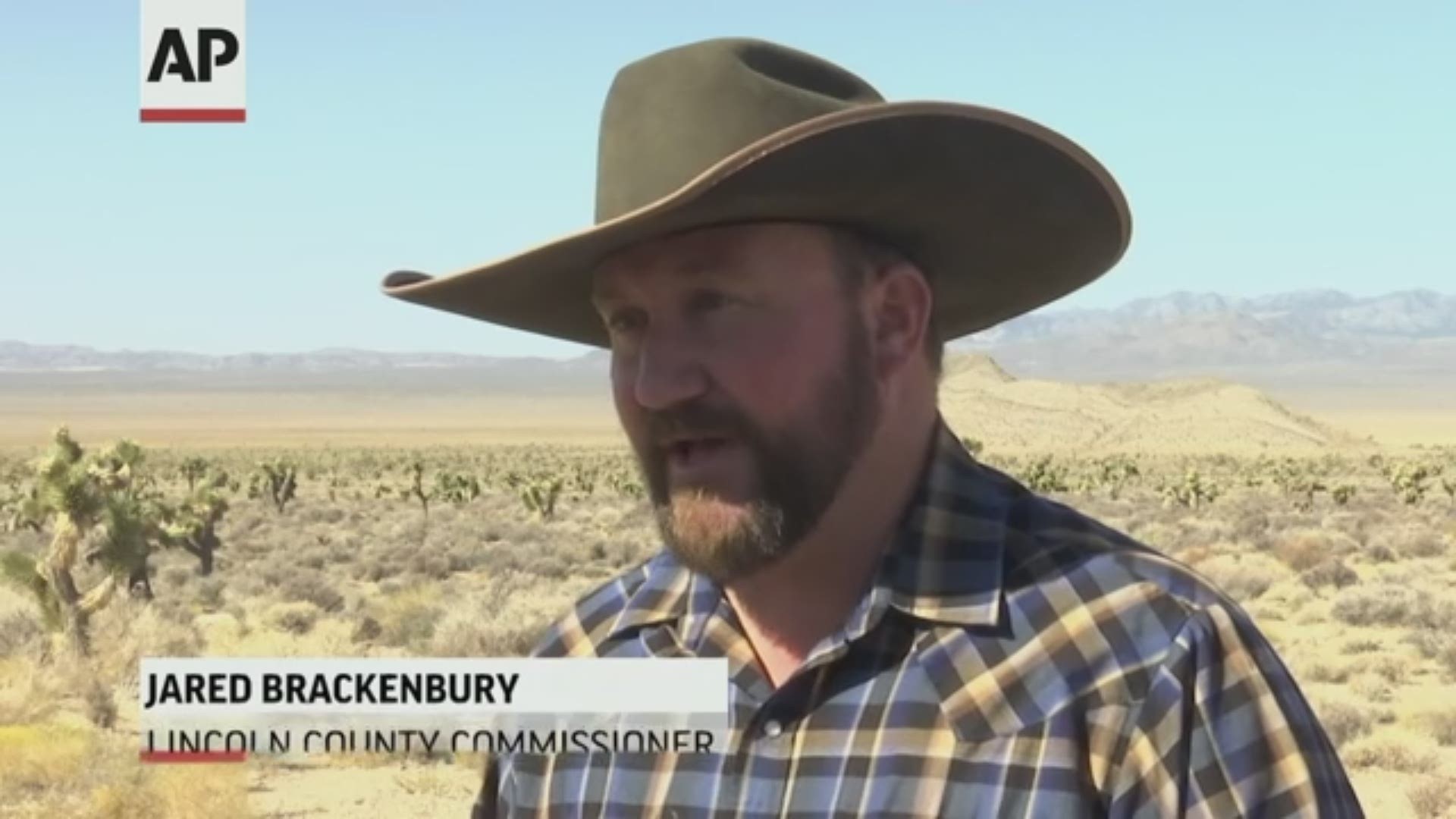 One, a woman in her 60s from California, was arrested after making it clear to sheriff's deputies, her husband and everyone around her that she was going to trespass no matter what.

"It was just something she wanted to do," said the sheriff, who was at the Rachel gate at the time.

Two men were arrested after military security officers found them in the mountains inside the perimeter of the base somewhere between the two gates, Lee said. Authorities were trying to determine how to tow their vehicle out of the rugged area.

The gates are marked by bright floodlights, watchful cameras and, at the Rachel gate, a squat tan bunker building with blackout windows — all surrounded by razor wire.

The sheriff in neighboring Nye County reported that about 40 people dispersed after "heated warnings" from officers about 3 a.m. Friday near a base gate not far from a conspicuously green "Area 51 Alien Center" about 90 minutes' drive west of Las Vegas.

Matty Roberts, a 20-year-old from Bakersfield, California, who sparked the Area 51 phenomenon with a late-night Facebook post in June and then broke with Little A'Le'Inn owner Connie West over production of the Rachel event, hosted a Thursday evening event at an outdoor venue in downtown Las Vegas — also using the "Alienstock" name.

"Area 51 Basecamp" was featuring music, speakers and movies Friday and Saturday at the Alien Research Center in Hiko. Business owner George Harris said he expected a crowd of 5,000, but Lee said the audience and nearby campers appeared to number in the hundreds.

Cyril Soudant, 25, of Lille, France, said at the Rachel gate that he was disappointed not to see more people.

Soudant took video for his YouTube channel and said he would wait until Friday night to make a final assessment about the experience.

"We all know we can't cross the gate," Soudant said. "But if tonight we get together, have some music, have some beers, that would be a success."