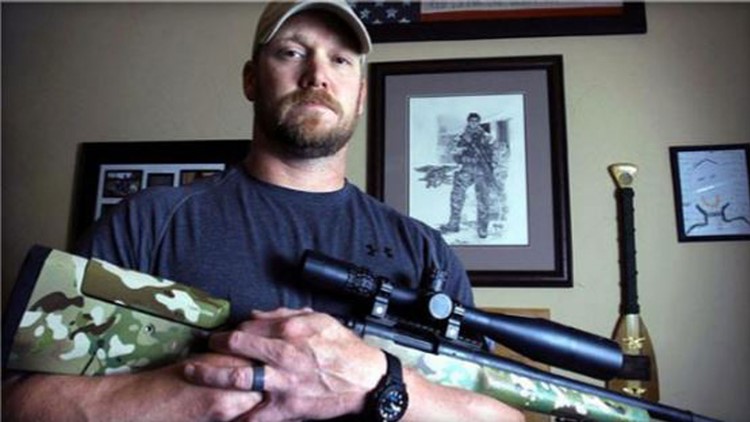 His heroic story of service and sacrifice became the basis for a 2014 Hollywood blockbuster starring Bradley Cooper, who introduced millions of grateful Americans to the life and legacy of the American Sniper.

He was born on April 8, 1974 in Odessa, Texas. According to Military.com, Kyle was a bronco rider who worked the professional rodeo circuit. But, an arm injury forced him to hang up his saddle.

After a couple years studying agriculture at Tarleton State University – then leaving a ranch hand job behind – Biography.com says his next stop was a Navy recruiting office. That’s where a Marine officer persuaded him to become a Navy SEAL. He joined up, and after 9/11, he found himself on the front lines of the war on terror – sniper rifle in hand.

Kyle was simply lethal behind the scope. Over four tours of duty in Iraq, he claimed 255 enemy kills while protecting his brothers in arms. Military.com says 160 of them were confirmed.

That cemented his reputation as the deadliest sniper in American military history.

After 10 years in uniform, Kyle came home to his wife, Taya, and their two young children. He wrote a best-selling memoir, participated in a competition show and co-founded a nonprofit which supplies fitness equipment to wounded warriors.

Chris Kyle and wife Taya would have celebrated their 13th wedding anniversary March 16.

Kyle’s passion for helping fellow service members on the home front is what brought him to a Texas gun range on Feb. 2, 2013. According to the Washington Post, he and a colleague agreed to bring a Marine veteran there to help him deal with PTSD.

But Eddie Ray Routh turned his gun on Kyle and Chad Littlefield, killing them both. He was convicted of murder and sentenced to life in prison without parole.

RELATED: Widow of 'American Sniper' Chris Kyle tells NFL players to 'get off their knees'