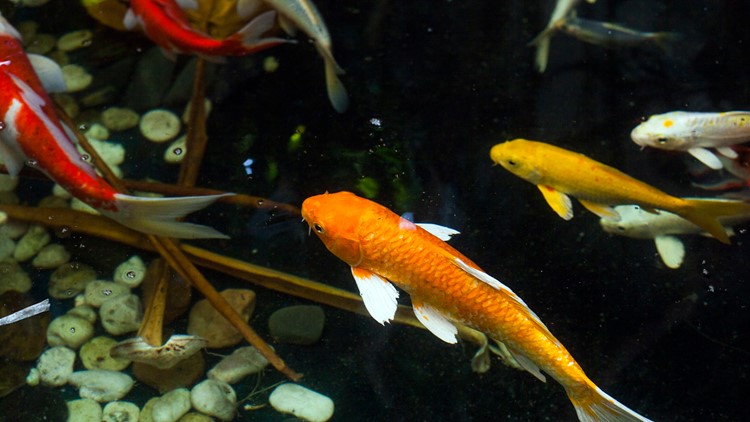 It's a fishy mystery caught on camera.

KOB-TV reports authorities say fish worth thousands of dollars recently were stolen from a Santa Fe, New Mexico, business and the alleged theft was captured on video.

Owner Melissa D'Angelico says the thief hit the pond in front of Santa Fe Landscapes and Water Gardens and took 10 of her koi. A video shows a man using a net to remove fish.

Koi fish are colorful, ornamental versions of the common carp and can grow up to three feet (90 centimeters).

D'Angelico says a thief stole fish at different times over the past few months. She says the fish were worth more than $4,000.

No arrests have been made.