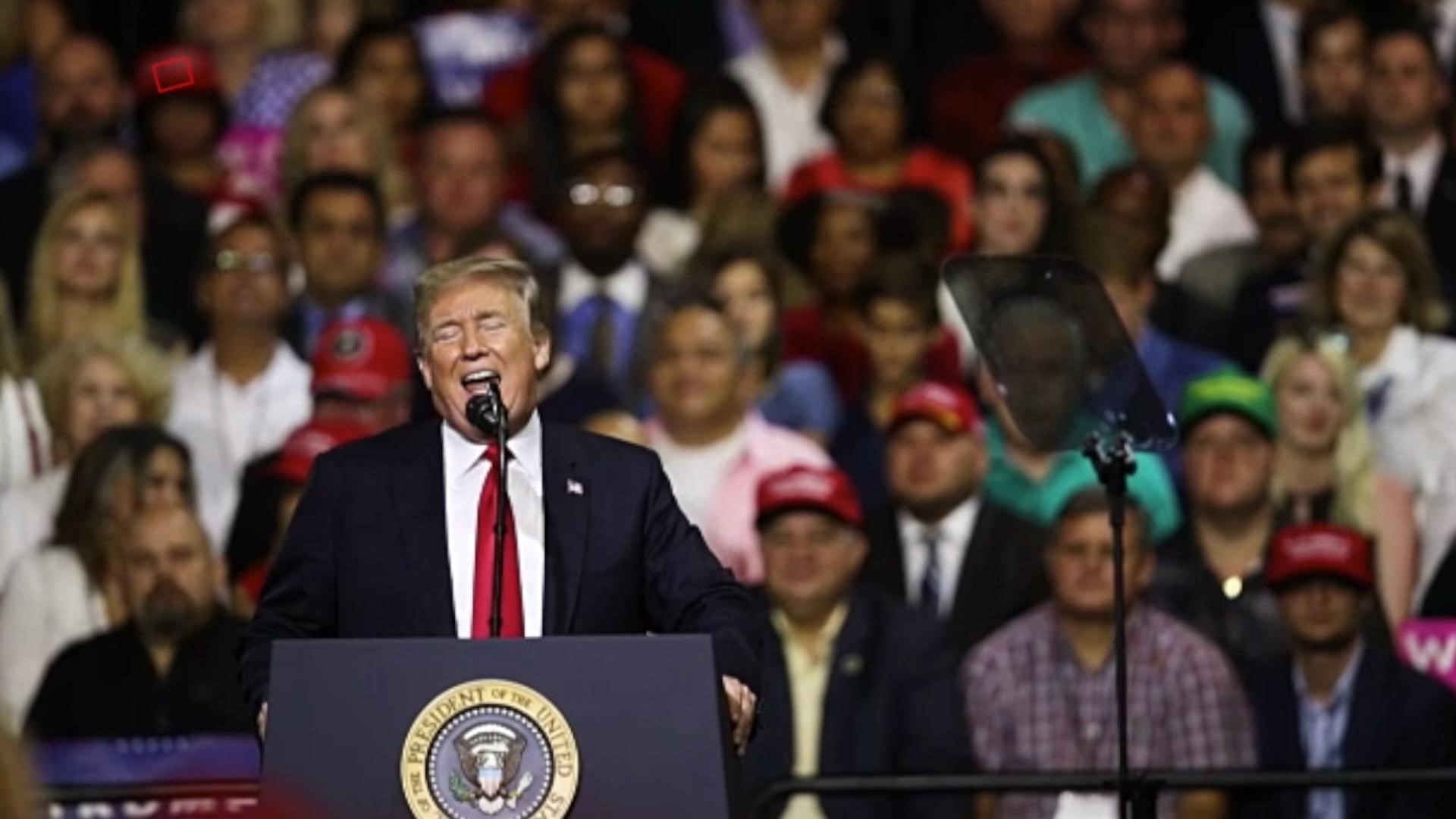 President Donald Trump asked on Twitter Sunday if a federal investigation should be launched into "Saturday Night Live" and late night talk shows, implying the shows take repeated jabs at him but not his opponents. He also seemed to suggest they are in collusion with Democrats and Russia.

"It’s truly incredible that shows like Saturday Night Live, not funny/no talent, can spend all of their time knocking the same person (me), over & over, without so much of a mention of 'the other side,'" Trump tweeted. "Like an advertisement without consequences."

"Should Federal Election Commission and/or FCC look into this? There must be Collusion with the Democrats and, of course, Russia! Such one sided media coverage, most of it Fake News," Trump continued. "Hard to believe I won and am winning. Approval Rating 52%, 93% with Republicans. Sorry! #MAGA"

If Trump is referring to the Fairness Doctrine, which dictated that TV and radio stations give equal time to opposing viewpoints, the FCC repealed it in 1987, saying it likely violated the First Amendment. It was one of dozens of rules later eliminated by the FCC in 2011.

It's not clear if Trump chose to send the tweets after watching this week's episode which was a rerun of the December 15, 2018, episode with Alec Baldwin reprising his role as the President and host Matt Damon as Supreme Court Justice Brett Kavanaugh.

Trump, who hosted SNL in 2015 during his presidential campaign, has often tweeted his displeasure for how Baldwin and the parody show portray him.

Trump launched into a similar Twitter commentary last month when he criticized SNL and its host network NBC. He followed that up tweeting "THE RIGGED AND CORRUPT MEDIA IS THE ENEMY OF THE PEOPLE!"

That prompted Baldwin to respond to Trump, asking whether the President's tweets should be considered a threat against him and his family.