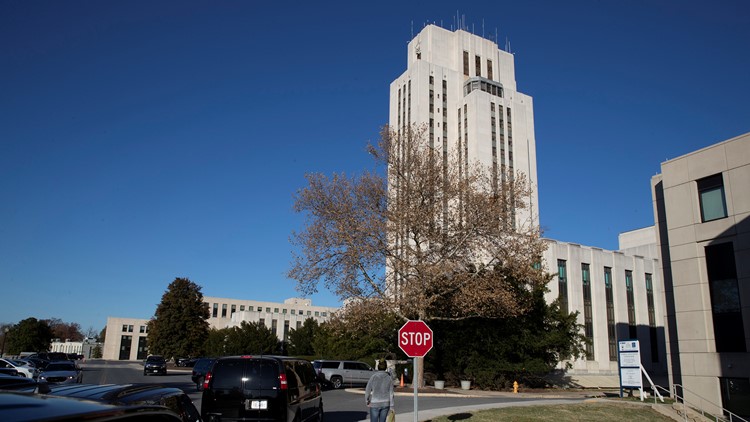 WASHINGTON — A lack of notice. Past failures to level with the American people. A tough week for the White House as public impeachment hearings got under way.

Add it all up, and President Donald Trump’s unscheduled weekend visit to Walter Reed National Military Medical Center raised suspicions about his health, despite White House officials’ insistence that the president was merely getting a head start on his annual physical.

For any president, a sudden trip to the hospital would raise questions. But such scrutiny was magnified with a president who has a history of exaggeration and playing loose with the facts, giving skeptics room to run with their own theories.

“The one thing you can be absolutely sure of is this was not routine and he didn't go up there for half his physical,” tweeted Joe Lockhart, a press secretary under President Bill Clinton, who was himself impeached for perjury and obstruction. “What does it mean? It means that we just won't know what the medical issue was.”

The president’s medical appointment wasn’t listed on his Saturday public schedule, and his last physical was just nine months ago. Press secretary Stephanie Grisham said the 73-year-old president was “anticipating a very busy 2020” and wanted to take advantage of “a free weekend” in Washington to begin portions of his routine checkup.

Grisham followed up Monday night tweeting a memorandum from the president’s physician, U.S. Navy Cmdr. Sean Conley, who described Saturday’s visit as a “routine, planned interim checkup as part of the regular, primary preventative care he received throughout the year.”

Conley said that due to scheduling uncertainties, the trip was kept off the record. He said after a little more than an hour of examination, labs and discussion, the president visited with medical staff and the family of a soldier undergoing surgery.

“Despite some of the speculation, the President has not had any chest pain, nor was he evaluated or treated for any urgent or acute issues,” Conley wrote.

Conley added that Trump consented to sharing his cholesterol level, now at 165, down from 196. A total below 170 is considered good.

Trump’s 2018 and 2019 physicals were both announced ahead of time. Grisham said after the visit that the president had gotten “a quick exam and labs.”

“The President remains healthy and energetic without complaints, as demonstrated by his repeated vigorous rally performances in front of thousands of Americans several times a week,” she said.

But some weren’t buying Grisham’s explanation.

“The real Donald Trump is getting exposed for what he's done, and that's what's driving him to the doctor,” Rahm Emanuel, a former Clinton aide and Chicago mayor, said Sunday on ABC’s “This Week.”

Kathleen Hall Jamieson, director of the Annenberg Public Policy Center at the University of Pennsylvania, said it’s reasonable for the press to be asking questions about the president’s health. She said the country has a long history of presidents hiding physical ailments from the public.

Woodrow Wilson suffered a paralytic stroke in 1919 and the full details of his disability were kept from the public. Franklin D. Roosevelt won a fourth term despite severe hypertension that would contribute to his death 11 weeks into his term. Dwight D. Eisenhower suffered a heart attack in his first term, in 1955, and a reassessment of his medical records and public information four decades later found that the information released to the public was recast to serve the president’s political interests ahead of his 1956 reelection campaign.

Jamieson noted that Trump was criticized for releasing only cursory details on his health prior to the election. The president’s doctor, Harold N. Bornstein, wrote in December 2015 that Trump would "unequivocally" be the healthiest president in history and deemed the celebrity businessman's condition "astonishingly excellent." Bornstein later said he wrote the note in five minutes while a limo sent by the candidate waited outside his office.

Jamieson said there is a set of expectations about how a president’s annual exam is handled, which includes the advance public notice that the Trump White House provided for his first two exams. She said the reasonable question is: “If this is routine, why was it not handled in a routine manner?”

Grisham said everything the White House has said about the Walter Reed visit is “true and accurate.”

“Just because it was done a little differently doesn’t mean anything is wrong,” she said.

Trump and the White House have characterized the visit as “phase 1” of his annual physical. But the explanation raised questions simply because its handling was unusual.

First, annual physicals typically aren’t performed in installments unless someone needs a special test not available at their doctor’s office — something that shouldn’t be an issue at a military hospital. Nor are they usually performed three months early; Trump’s last physical was last February.

Conley said that primary preventative medical care is something that occurs continuously during the year and is not just a single annual event. “As such, I will continue to monitor the President’s health, planning on a more comprehensive examination after the New Year.”

Some lab tests might be performed every few months if a doctor suspects a problem, but otherwise blood tests such as a check of whether Trump’s medication is keeping his high cholesterol in check normally would be performed at the one-year mark.

His prior physicals were scheduled in advance not only because that’s how doctors schedule everyone’s “wellness” check-ups — even VIPs — but because a presidential visit to a hospital prompts extra security concerns.