Trump's proclamation will order the Secretary of Defense to support the Department of Homeland Security in securing the southern border to stop the flow of drugs and people. 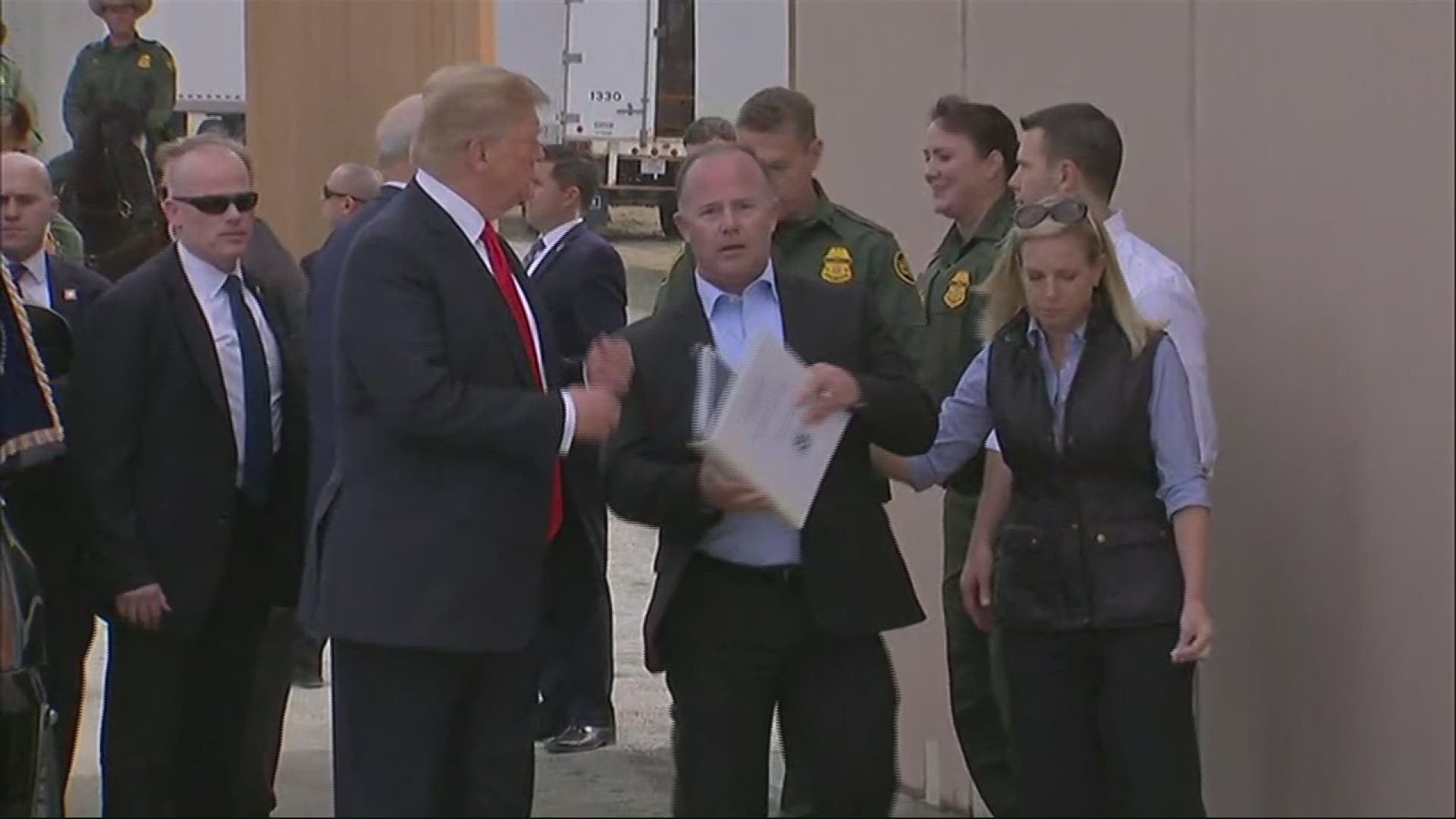 The president told reporters aboard Air Force One on Thursday that he wants 2,000 to 4,000 troops sent.

As critics accused Trump of playing politics with border security, the White House did not provide specifics in terms of number of National Guard troops, length of service on the border, or financial costs. It remains unclear exactly how Trump's order would work, given that National Guard troops are more often deployed domestically under the control of state governors for disaster response.

“A key and undeniable attribute of a sovereign nation is the ability to control who and what enters its territory,” the president’s memo said. “The situation at the border has now reached a point of crisis. The lawlessness that continues at our southern border is fundamentally incompatible with the safety, security, and sovereignty of the American people. My administration has no choice but to act."

In an earlier tweet pledging action, Trump said: "Our Border Laws are very weak while those of Mexico & Canada are very strong. Congress must change these Obama era, and other, laws NOW! The Democrats stand in our way - they want people to pour into our country unchecked....CRIME!"

Trump did not specify what he has in mind, though he told reporters Tuesday that "we're going to be doing things militarily" on the U.S.-Mexico border until his proposed anti-migration wall is built. In his memo, the president noted that presidents George W. Bush and Barack Obama also deployed National Guard troops to the border, although that was in limited numbers and for short periods of time.

"Until we can have a wall and proper security, we're going to be guarding our border with the military," Trump said earlier in the day. "That's a big step."

Trump and his team, including Defense Secretary Jim Mattis and Chairman of the Joint Chiefs Gen. Joseph Dunford, also agreed "on the need to pressure Congress to urgently pass legislation to close legal loopholes exploited by criminal trafficking, narco-terrorist and smuggling organizations," the statement said.

Our Border Laws are very weak while those of Mexico & Canada are very strong. Congress must change these Obama era, and other, laws NOW! The Democrats stand in our way - they want people to pour into our country unchecked....CRIME! We will be taking strong action today.

The renewed emphasis on border security comes less than two weeks after Trump supporters criticized him for signing a spending bill that did not fund the border wall.

While Trump and aides hailed a recent downturn in illegal immigration, they also claimed a recent spike requires action.

The number of people caught trying to illegally cross the southwest border in Fiscal Year 2017 was 303,916, the lowest since 1971. Those numbers continued to fall in the first six months of Fiscal Year 2018, according to statistics from U.S. Customs and Border Protection.

In March, 37,393 immigrants were caught along the southwest border, the highest monthly total since December 2016.

Immigration groups cited these numbers in attacking Trump's plans for the National Guard.

Frank Sharry, executive director of America’s Voice, said the president is responding to "criticism from the likes of (commentator) Ann Coulter and Fox News" over the lack of funding for the wall. He denounced the idea of using troops to perform law enforcement duties that are already succeeding.

In a series of tweets in recent days, Trump has also criticized a caravan on Honduran refugees passing through Mexico en route to the United States. While announcing his military plan for the border, Trump praised Mexico for efforts to break up the caravan.

The White House said that, last week, Trump received a briefing "on the growing influx of illegal immigration, drugs and violent gang members from Central America, and directed a vigorous administrative strategy to confront this threat and protect America’s national security."

Some lawmakers criticized Trump's idea of sending troops to the border, saying it would be a waste of military resources and a political gesture at best.

Rep. Raul M. Grijalva, D-Ariz., called it "the latest chapter in his reign of terror meant to wreak havoc on immigrants and residents of border communities. After his failure to secure funding for his 'big beautiful wall,' he is clearly grasping for straws."