On Saturday, Ralph Northam made his first official public appearance since he denied being in the racist photo that appeared on his yearbook page. 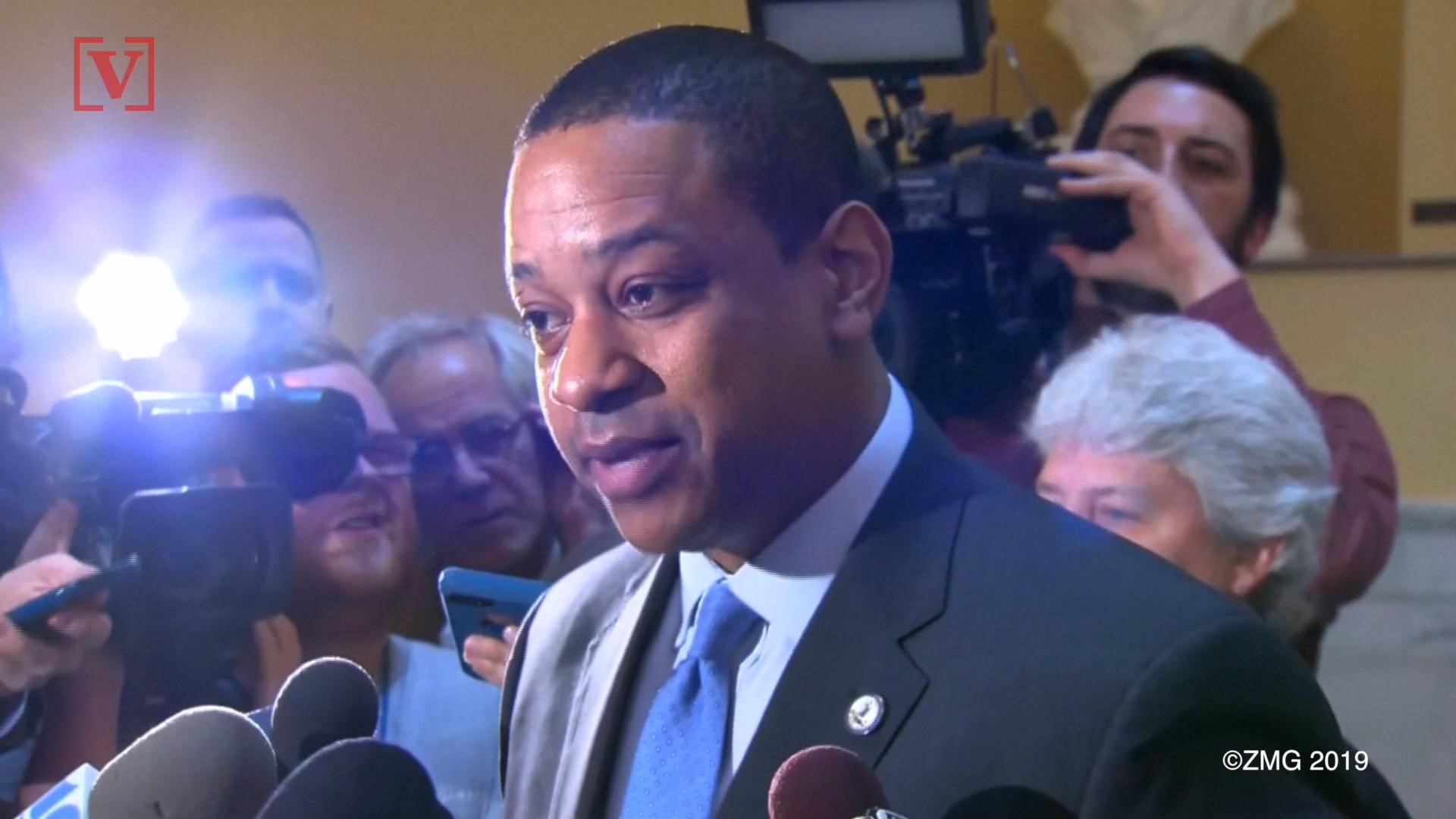 RICHMOND, Va. — Virginia's governor pledged to work at healing the state's racial divide Saturday, even as calls mounted for the lieutenant governor to resign - capping an astonishing week that saw all three of the state's top elected officials embroiled in potentially career-ending scandals.

Two women have accused Lt. Gov. Justin Fairfax of sexual assault, and he has emphatically denied both allegations. After the second allegation was made Friday, Fairfax — who stands to become the state's second black governor if Gov. Ralph Northam resigns over a racist photo — was barraged with demands to step down from top Democrats, including a number of presidential hopefuls and most of Virginia's congressional delegation.

Meanwhile, Northam - now a year into his four-year term - announced his intention to stay at a Friday afternoon Cabinet meeting, according to a senior official who was not authorized to discuss the matter publicly and spoke on condition of anonymity.

In so doing, Northam defied practically the entire Democratic Party, which rose up against him after a racist photo on his 1984 medical school yearbook page surfaced and he acknowledged wearing blackface in the 1980s.

In his first interview since the scandal erupted, a chastened Northam told The Washington Post on Saturday that the uproar has pushed him to confront the state's deep and lingering divisions over race, as well as his own insensitivity. But he said that reflection has convinced him that, by remaining in office, he can work to resolve them.

"It's obvious from what happened this week that we still have a lot of work to do," Northam said in the interview, conducted at the governor's mansion. "There are still some very deep wounds in Virginia, and especially in the area of equity."

Northam said he planned to work for the rest of his term to address issues stemming from inequality, including improving access to health care, housing, and transportation. He also repeated his contention that he is not the one pictured on his yearbook page in blackface. But he could not explain how it wound up there, or why he had taken responsibility for it.

"I overreacted," he said. "If I had it to do over again, I would step back and take a deep breath."

On Saturday, Northam made his first official public appearance since he denied being in the photo, attending the funeral for a state trooper killed in a shootout. But he made no public comments upon arriving in Chilhowie, four hours west of the tumult in Richmond.

Moments after Northam's Friday meeting with his Cabinet, a second woman went public with accusations against Fairfax. A lawyer for Meredith Watson, 39, said in a statement that Fairfax raped Watson 19 years ago while they were students at Duke University.

The statement said it was a "premeditated and aggressive" assault and that while Watson and Fairfax had been social friends, they were never involved romantically.

The lawyer, Nancy Erika Smith, said her team had statements from ex-classmates who said Watson "immediately" told friends Fairfax raped her. A public relations firm representing Watson provided The Associated Press with a 2016 email exchange with a female friend and 2017 text exchanges in which Watson said Fairfax had raped her.

Watson's representatives declined to provide further documentation and said their client would not talk to journalists.

Fairfax denied the new allegation, as he did the first, leveled earlier by Vanessa Tyson, a California college professor who said Fairfax forced her to perform oral sex on him at a Boston hotel in 2004.

"It is obvious that a vicious and coordinated smear campaign is being orchestrated against me," Fairfax said. "I will not resign."

Many Democrats who had carefully withheld judgment after the first accusation against Fairfax, saying the matter needed to be investigated, immediately condemned him. A cascade of calls for Fairfax to resign began Friday evening, mirroring the timing of last week's calls for Northam to resign.

Party elders Sen. Mark Warner and Rep. Bobby Scott said Fairfax should resign if the allegations against him were true.

Other congressional Democrats made unqualified calls for Fairfax to resign.

The Virginia Black Legislative Caucus joined calls for Fairfax's departure. And a Democratic member of the state House, Del. Patrick Hope, said he intends to introduce articles of impeachment against Fairfax on Monday if Fairfax hasn't left by then.

On Saturday, Virginia's House of Delegates Speaker Kirk Cox joined the chorus calling for Fairfax's resignation. Cox — a Republican, and third in line for governor should Northam step down — said in a statement that Fairfax's ability to govern has been "permanently impaired" by the "multiple, serious credible allegations" of sexual assault.

The Democratic Party of Virginia also called Saturday for Fairfax's resignation. In a statement, party chair Susan Swecker said the allegations against Fairfax are serious and credible and make clear he "can no longer fulfill the duties and responsibilities of his post."

If Fairfax were to leave, there's no consensus on who could replace him. Northam may try to appoint a Democrat, while Republicans could mount a legal challenge with the goal of having Sen. Steve Newman, the Senate's pro tem, serve as both a voting senator and temporary lieutenant governor.

The tumult in Virginia began late last week, with the discovery of the photo on Northam's yearbook profile page that showed someone in blackface standing beside another person in a Ku Klux Klan hood and robe.

Northam at first admitted he was in the picture, then denied it a day later, but acknowledged he once put shoe polish on his face to look like Michael Jackson for a dance contest in 1984.

Virginia slid deeper into crisis on Wednesday, when Attorney General Mark Herring acknowledged wearing blackface at a college party in 1980, and Fairfax was publicly accused of sexual assault for the first time.

Although the Democratic Party has taken almost a zero-tolerance approach to misconduct among its members in this #MeToo era, a housecleaning in Virginia could be costly to them: If all three Democrats resigned, Republican Cox would become governor.