Even after being neighbors for more than a decade, Linus Azumara says you never really know an individual. 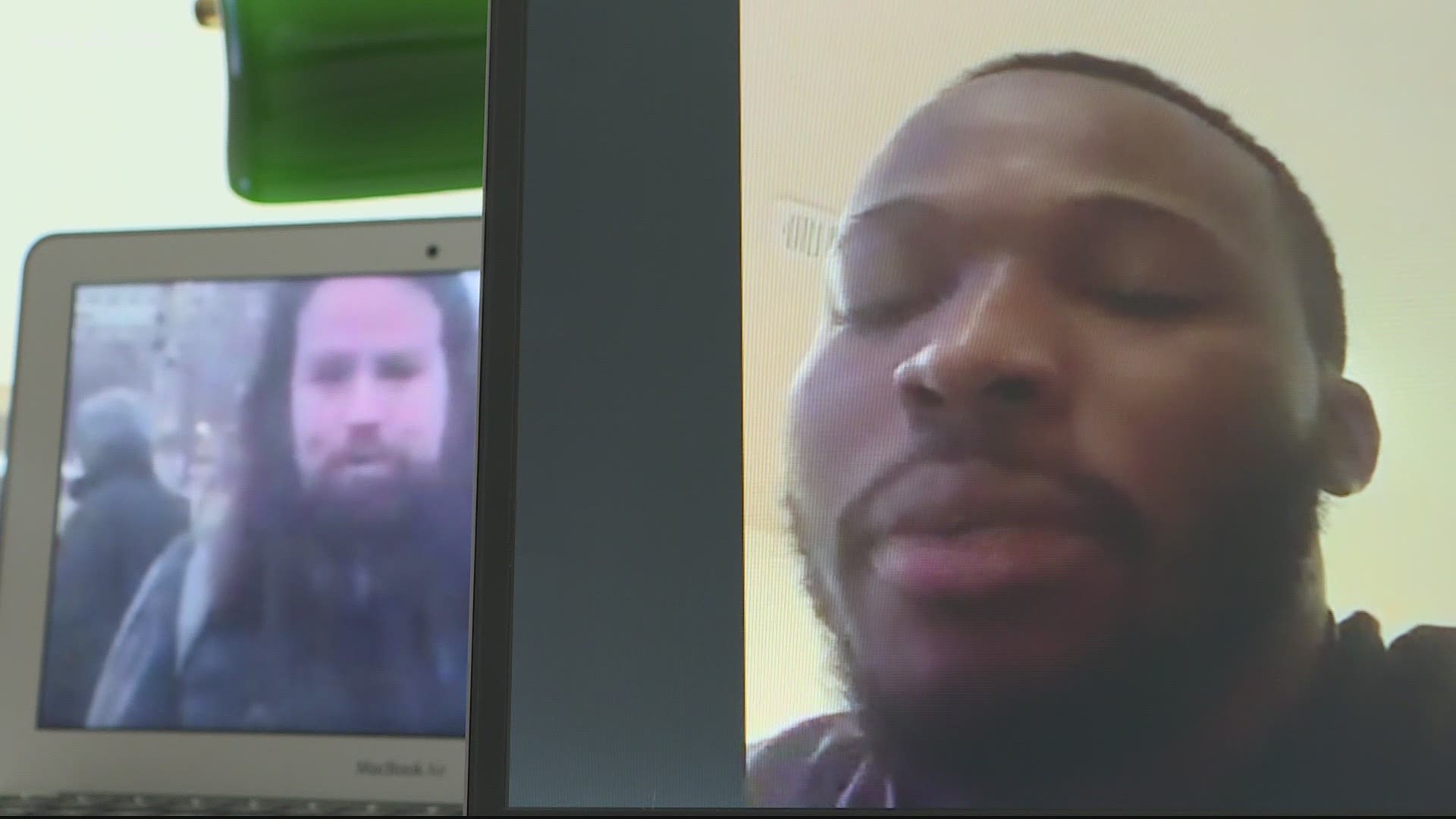 WASHINGTON — A former neighbor of a man accused of beating a police officer with an American flag pole during the Capitol riots on Jan. 6 said he was shocked to learn of his neighbor's behavior.

Linus Azumara lived on Hathaway Drive in Conway, Arkansas for 22 years before moving out for college. His parents and sister still live in the same house located directly next to the home of Peter Stager. Federal authorities arrested Stager at his home on Thursday night after he turned himself in at a local law firm.

Federal court documents revealed Stager was one of the rioters seen in videos circulating on social media beating an officer with a flag pole. He has been charged with civil disorder, according to the complaint.

Azumara described Stager as a nice and cordial family man.

“I knew that was him for sure -- it didn’t take that long to figure it out but I'm shocked,” Azumara said. “It's a disappointment, obviously, because you never want someone associated so close to your family to have that kind of situation that happened."

Credit: U.S. District for the District of Columbia

In one video, Stager allegedly said, “death is the only remedy for what’s in the building,” referring to the U.S. Capitol.

Stager claimed that he was “wired up” from being pepper sprayed or tear gassed, which prompted him to say those words. He told investigators that he did not know the man he was hitting was an officer and that “he thought the person he was striking was Antifa”

RELATED: 'Kill him with his own gun' rioters chanted as a DC police officer fought for his life

Meanwhile, the federal affidavit said that a photo on Twitter showed the officer lying on the Capitol steps after being dragged wearing an outfit with the words “Metropolitan Police” across the back.

Azumara said Stager lived in their neighborhood for more than a decade, worked as a truck driver and has at least two children. He is stunned by his arrest because he viewed Stager as a good neighbor who was talkative, friendly and always willing to help.

“He was kind of like a handyman," Azumara said. "He was always nice to our family. He helped my parents a lot with stuff around the house and helped build a shed in the backyard. He wasn’t a shy character at all."

Do you really know someone? For 10+ years Linus Azumara called Peter Stager his neighbor. Stager is accused of beating an officer on the ground w/ a flagpole during the riots. Azumara says he's shocked b/c Stager was a nice neighbor who helped his parents around the house. @wusa9 pic.twitter.com/5c7dYqWBfR

Azumara said the Capitol riots left him questioning if he really ever knew Stager. Azumara also watched the video of the officer being dragged. He has been identified as Officer Mike Fanone of the Metropolitan Police Department. Fanone shared his experience with WUSA9 more than a week after the riots.

“I remember thinking the moment I got outside, like holy ****, there’s a lot of goddamn people out here," Fanone recalled. “I remember guys chanting, like ‘Kill him with his own gun!’"

Fanone candidly mentioned how he thought about killing people, but thought twice fearing the mob would just take his gun away and kill him instead.

A couple of the people showed him mercy after he shouted that he had kids.