Cleary's first novel was 1950’s “Henry Huggins,” based on the children she grew up with in Portland, Oregon. 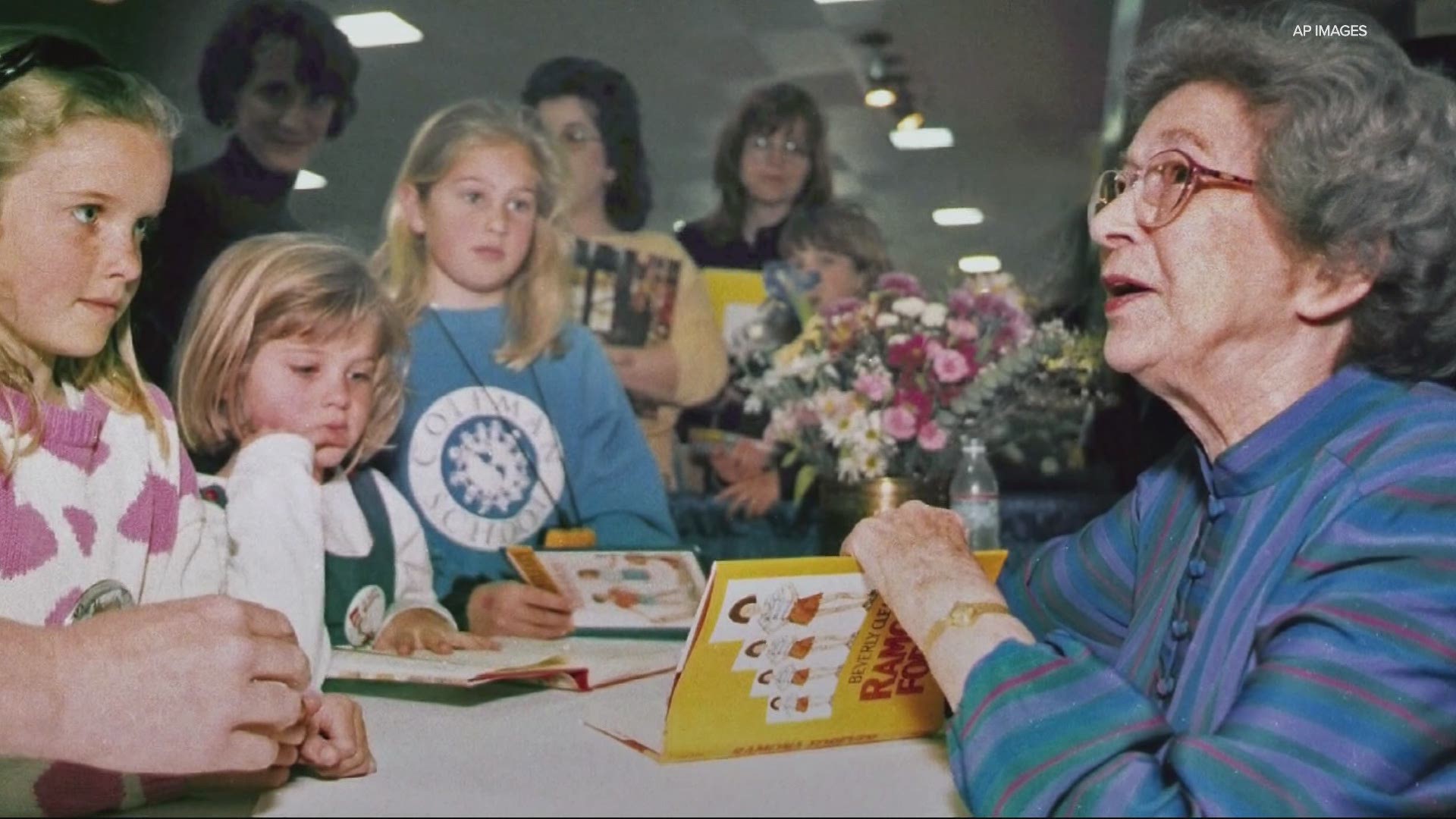 Throughout her decades-long career, Cleary wrote more than 40 books and introduced the world to popular characters like Ramona and Beezus Quimby, Henry Huggins and Ralph S. Mouse.

Her first novel was 1950’s “Henry Huggins,” based on the children she grew up with in Portland, Oregon.

“We are saddened by the passing of Beverly Cleary, one of the most beloved children’s authors of all time," Suzanne Murphy, President and Publisher of HarperCollins Children’s Books said in a statement.

"Looking back, she’d often say, ‘I’ve had a lucky life,’ and generations of children count themselves lucky too—lucky to have the very real characters Beverly Cleary created, including Henry Huggins, Ramona and Beezus Quimby, and Ralph S. Mouse, as true friends who helped shape their growing-up years."

Cleary was born on April 12, 1916, in McMinnville. Growing up in rural Oregon, she herself came to books slowly, and didn't begin reading until second grade. Cleary found children's books of the time uninteresting.

She moved to Portland when she was 6. She attended Fernwood and Gregory Heights grade schools and Grant High School, where a nearby park features a sculpture garden of the characters she created.

Fernwood has since been renamed Beverly Cleary School. Ramona Quimby's last name is a street in Northwest Portland. Ramona lived on Klickitat Street, a road just blocks from where Cleary grew up in Northeast Portland.

After graduating from the University of California at Berkeley she specialized in librarianship at the University of Washington, Seattle. According to HarperCollins, Cleary's dream of writing for kids was rekindled when "a little boy faced me rather ferociously across the circulation desk and said: 'Where are the books about kids like us?'”

Cleary's books have no pony carts or nannies. They burst with lively characters living in a real, recognizable world, tackling the experiences and emotions of actual American children. From getting stuck in new boots in a muddy parking lot to drawing up posters to convince a father to stop smoking, Ramona and her pals were as recognizable as a mirror.

She inspired other authors as well. "Beverly.. you were my inspiration when I started to write all those years ago," said legendary writer Judy Blume, author of "Are You There, God, It's Me, Margaret?" and many other young-adult novels.

In 2000, Beverly Cleary was named a “Living Legend” by the Library of Congress. In 2003, she was awarded the National Medal of Art from the National Endowment for the Arts. And in 2009, her Ramona series was made into a movie, Ramona and Beezus.

She died Thursday in Carmel, California, where she has lived since the 1960s, HarperCollins said Friday.

Donations can be made in Beverly Cleary’s name to the Library Foundation of Portland, Oregon, or the Information School at the University of Washington.