Neighbors complained of dangerous trees for years, then one fell on their house

A 100-foot-tall tree landed with the bulk of its weight on Roosevelt Hawkins' home Wednesday, but neighbor Barbara Harris worries she could be next. 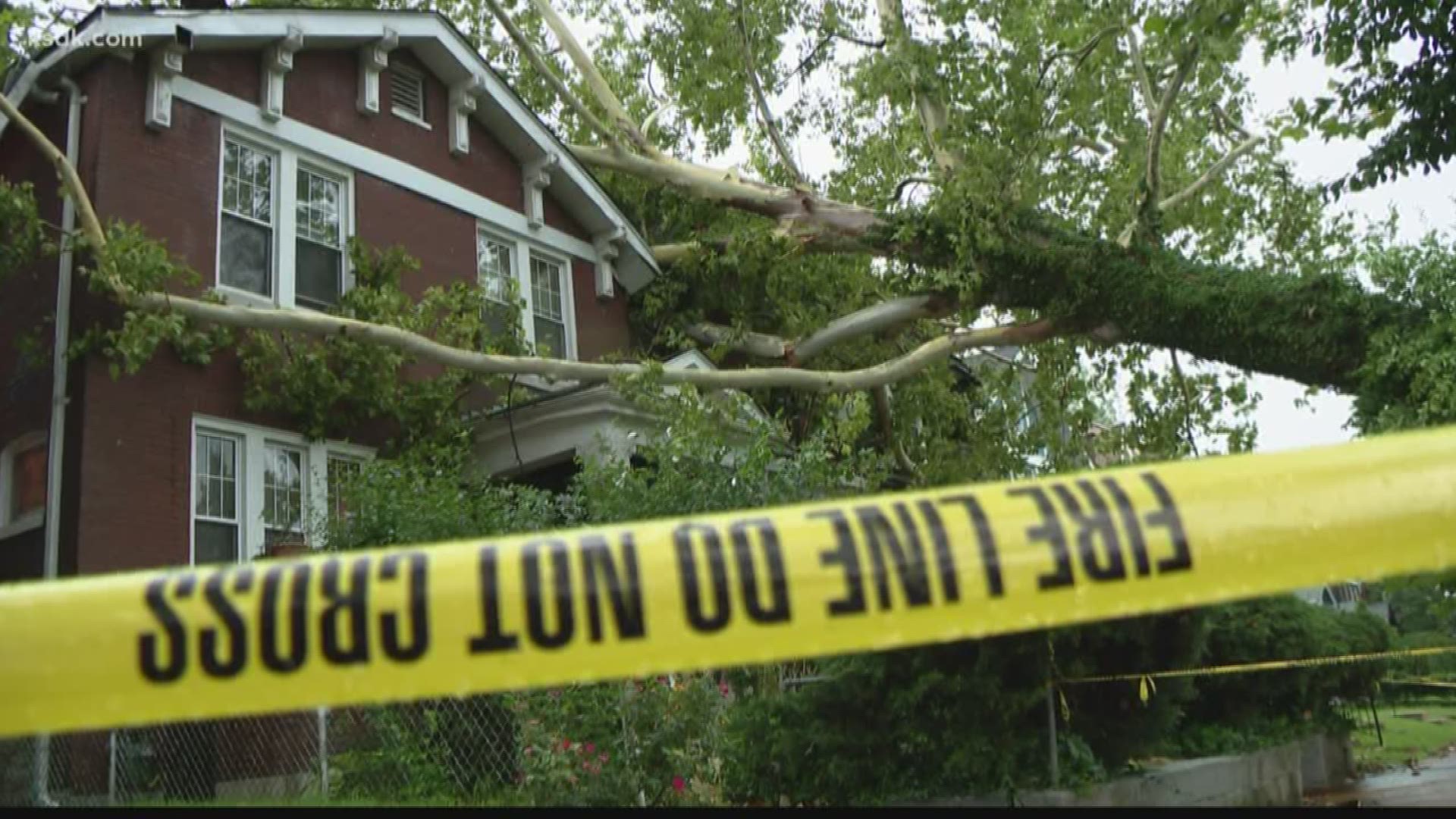 ST. LOUIS — When the 100-foot-tall tree in Roosevelt Hawkins front yard fell Wednesday night, there was no mistaking something was wrong.

"We heard it, and the house was shaking," Hawkins said.

But this was a day Hawkins knew was coming and warned the city.

"I have called the city forestry department for two-and-a-half years trying to get these trees taken care of out here," Hawkins said. "And we called again last month, Nothing. They only said, 'We got you on the list.'"

When we tell Hawkins he's likely at the top of the list now, he only says "I hope so" with a chuckle.

The tree landed with the bulk of its weight on Hawkins' home, but branches affected the structures on either side too.

Now his neighbor, Barbara Harris, worries she might be next as a large tree leans towards her home.

"These trees are too big to be in the neighborhood," Harris said. "They are too big and too old."

Harris said she reported the trees in front of her home as recently as three months ago since branches keep breaking off.

"One was so big, it came down, boom!" Harris said. "I thought it had cracked the concrete."

Harris said she was hopeful when someone spray-painted a red "X" on the front of one of the trees, but it was never removed. Now she hopes the city will take out all of the tallest trees on the city property in front of her home.

"I wish they had taken me seriously," Hawkins adds. "But I feel good right now. Nobody got hurt. You can rebuild a house."

RELATED: How to beat the heat from the people who work in it

RELATED: Evening storms cause more than 20,000 outages, dangerous heat to return after storms