Not your average job: 'Keeper of the Cup' has front seat for history

The Stanley Cup will be in the building on Sunday night... So let's meet the man responsible for keeping it safe. 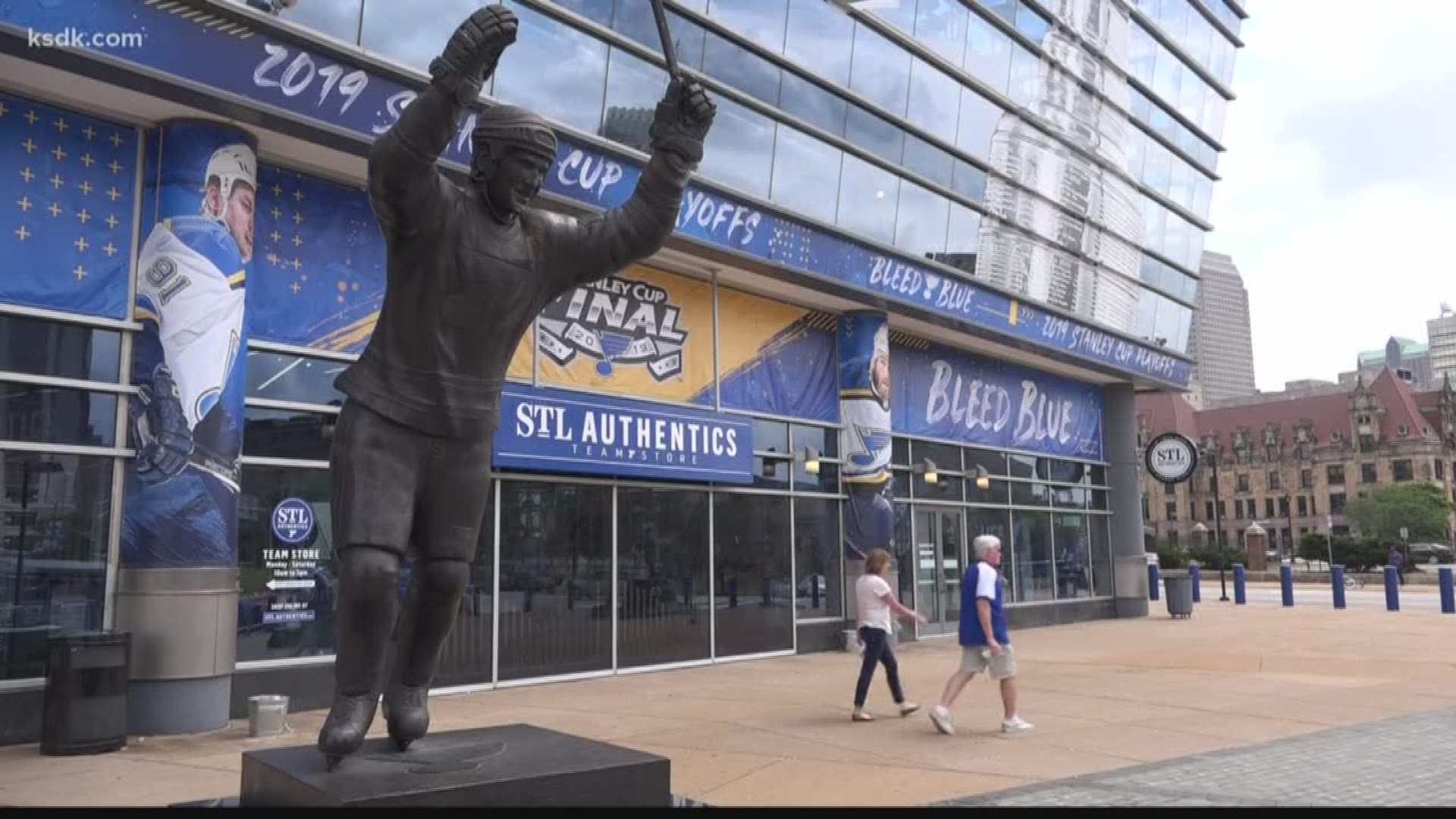 ST. LOUIS — It's really not debatable.

The history and aura that follows it around it undeniable, and it's the center of attention everywhere it goes.

Everywhere it goes, Howie Borrow is sure to follow. He's the "keeper of the cup", and for ten years he's followed the most treasured trophy in sports around the world.

Keeper of the Cup, Howie Borrow, talks about his travels with the trophy

The Stanley Cup was first awarded in 1893. It was just a bowl back then, but over the years has taken the form we know today as new champions are crowned and the names of everyone involved in hockey operations of the winning team are etched onto its rings.

Speaking of rings, there are already three full ones that have been taken off and sent to the hockey hall of fame. Every 13 years one has to be removed to make way for new champions.

RELATED: Long-shot bet on Blues could pay off big for local business owner

RELATED: Barbashev suspended from Game 6 after check on Bruins' Johansson

The Stanley Cup has a mystique all its own, and Borrow thinks he knows why.

"It's just the history. All the other trophies are brand new every year, and this one is recycled," Borrow said. "The history of the players that have held this trophy back to Maurice Richard, Gordie Howe, Bobby Orr and Wayne Gretzky to the present day Alexander Ovechkin. It's the same trophy. It's just one of those things that's very iconic. When people see it live they want to gravitate towards it."

"When you see someone who has the opportunity to see the Cup for the first time and maybe touch it or hug it, it's very special for them and just fun for us," Borrow said.

Meet the first St. Louis native to get his name on the Stanley Cup

Fans may gravitate towards it, but it doesn't mean they're not a little wary when they get close...

As cautious as fans are around the cup before their team wins, players are the exact opposite after they win. The party is on once a new champion is crowned.

"They'll eat out of it. drink out of it. I've seen things like spaghetti, chicken wings, cereal and ice cream... they drink beer and champagne and stuff out of it," Borrow said. "They just really want to share it with their family and friends, so as much as there is a big celebration with it, it's still very much respected."

Each player on the winning team gets some time with the cup the summer after they win. Many have used the time to take some legendary photo opportunities.

"We've had babies as young as 97 minutes  in the bowl," Borrow said. "It's great for family photos and Christmas photos."

*There's now a new record for youngest baby in the cup, thanks to a St. Louis couple*

Among the photos, partying and various food and drink making its way into the cup, Borrow and the other keepers have one duty above all.

"It's just our job to make sure it's looked after and make sure we can bring it to the next player in the same condition it was presented to the last player."

Last season, Borrow traveled with the Cup to Washington D.C., where he saw the Capitals bring it home for the first time. He thinks the reaction in St. Louis would be just as special if the Blues are able to finish the job against the Bruins.

"It would be amazing to see this for the fans and the players and it's always nice to see someone win it for the first time," Borrow said.

RELATED: ‘It was such a dream for him’ | Kay Quinn remembers her late father Jack as Blues make historic run

RELATED: Hey Boston, quit crying us a river of whine

RELATED: These Siberian Huskies are the cutest Blues fans