Pat Maroon talks about being a hometown hero, what might come next 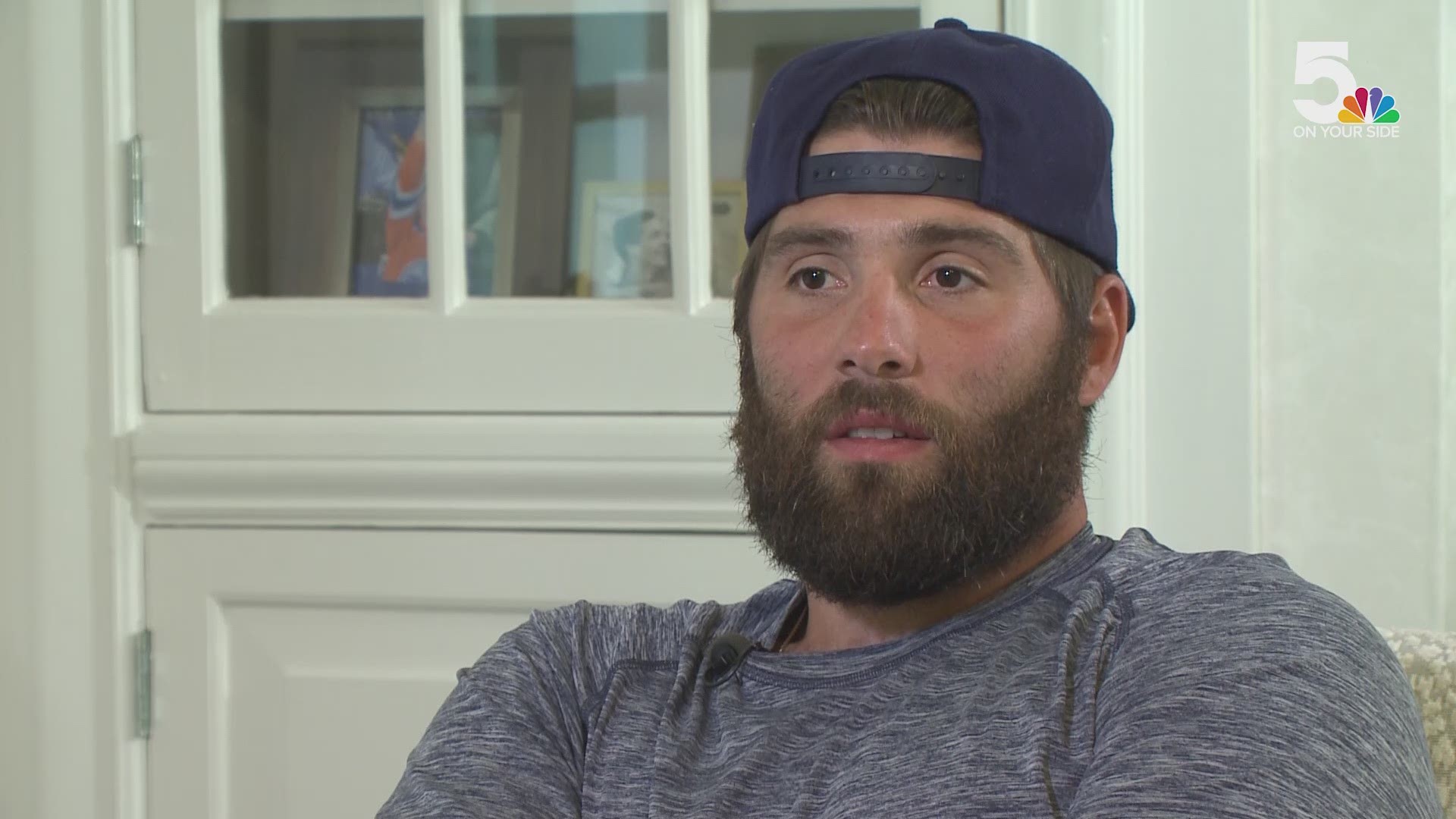 That Pat Maroon "yell" at the Blues championship rally is now iconic.

The Oakville kid got to live out every St. Louis kid's dreams as he hoisted the Stanley Cup in his hometown.

Now, almost two months removed from the run of a lifetime, Maroon is still basking in the Stanley Cup glory, while waiting to find out what his future holds.

Maroon sat down with our Frank Cusumano on Monday.

Watch: Pat Maroon talks about being a hometown hero, what might come next

For a lot of us, the fact the Blues actually won the Stanley Cup is still surreal. Well, it's surreal for Maroon, too.

"There are times when I'm sitting there at the gym and I'm like, 'I can't believe we won the Stanley Cup'. It's insane to me. It's real life," Maroon said. "My name gets to go on the Stanley Cup. A St. Louis born player with the St. Louis Blues. Sometimes it doesn't all click."

RELATED: Maroon still open to return to Blues if opportunity is there

"This is everything I've ever dreamed of. Coming home, winning the Stanley Cup with the St. Louis Blues, the team I grew up watching, doing it front of my fiance and her family and my family and my son gets to see me every day. The Stanley Cup was the icing on the cake. It's unbelievable," Maroon said.

Maroon also talked a bit about his whirlwind day with the Stanley Cup just a couple of weeks ago.

"The day comes with a lot of stress," Maroon said. "It's like planning a wedding, but everything turned out amazing."

Although we can't officially confirm it, we do believe Maroon is the first person to ever eat toasted ravioli out of the Stanley Cup.

From the hockey standpoint, Maroon is still searching for a job. His one-year deal with the Blues gave him everything he could've dreamed of, but now it's time for the next chapter.

"For me, it's a waiting game. Teams are still trying to make moves," Maroon said. "We've got a lot of interest and teams are still kind of waiting. I get it."

The 31-year-old said he hasn't ruled the Blues out of the picture, but he's waiting for the right opportunity.

"I'm keeping my options open. It's been a slow free agency I'd say. There's still a lot of guys out there that haven't signed," Maroon said. "I'm not really thinking about it too much, and letting my summer play out and just get ready for September 15."