Beshear to appoint AG-elect Cameron to complete rest of term

Cameron will take office as Attorney General on Dec. 17. 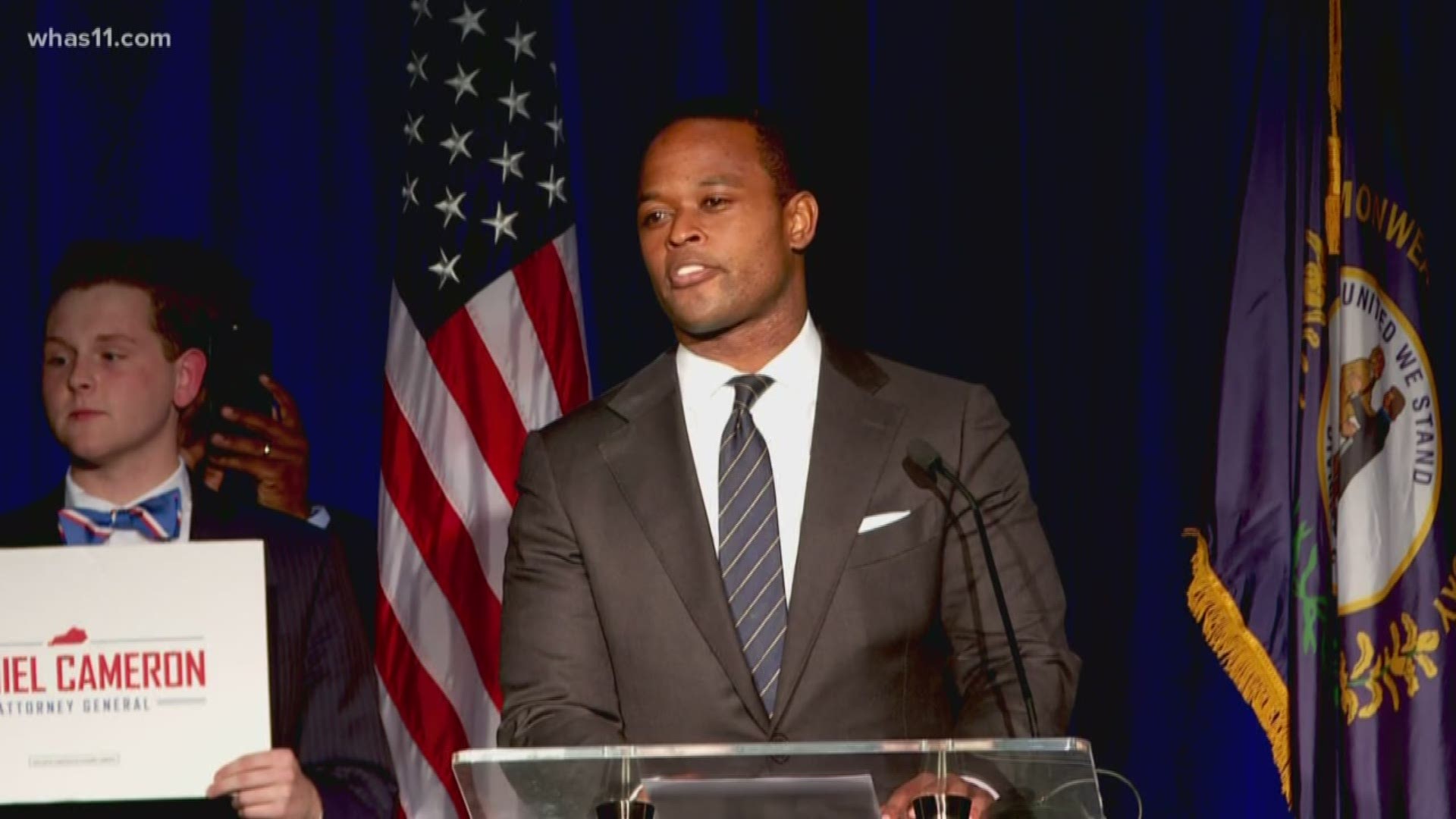 LOUISVILLE, Ky. — In addition to a number of appointments that Gov.-elect Andy Beshear made today, one noteworthy one was to have AG-elect Daniel Cameron to fulfill the rest of Beshear's term as Attorney General.

“I have had the privilege of knowing Attorney General-elect Daniel Cameron for years,” said Gov.-elect Andy Beshear. “The people of Kentucky elected him to serve as their attorney general and I will therefore be appointing him Dec. 17. I am confident that Daniel and I will be able to work together and find common ground to move Kentucky forward.”

The appointment will be effective Dec. 17, 2019. Attorney General-elect Cameron will begin the term for which he was elected on Jan. 6, 2020.

“I am forever grateful for the confidence and trust that Kentuckians placed in me to serve as their attorney general, and I am appreciative to Governor-elect Beshear for the opportunity to take the oath of office early on December 17,” said Attorney General-elect Cameron.