Bill Haas, school board mainstay and candidate for everything, dies at 76 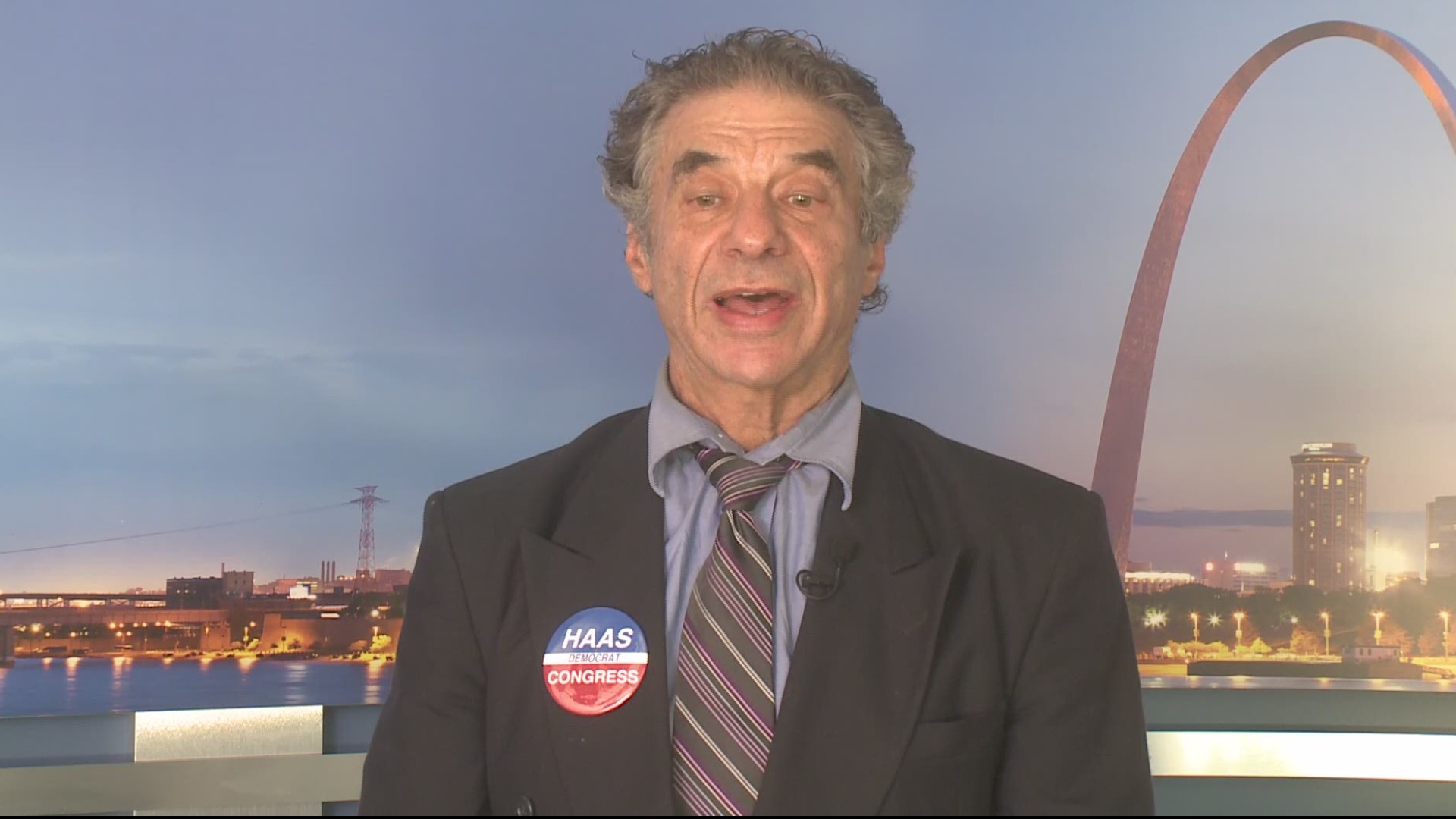 ST. LOUIS — Bill Haas, longtime Saint Louis Public Schools board member and aspiring candidate for offices of all types, died Wednesday of an apparent heart attack. He was 76.

Often outspoken and sometimes controversial, Haas ran for mayor of St. Louis, the Missouri General Assembly, lieutenant governor, U.S. president and city alderman. But Haas only ever won election to the SLPS board. His name will be on the ballot Tuesday as a candidate for the school board.

The school where he was teaching, Gateway Legacy Christian Academy, mourned the loss of its “wonderful math teacher” in a Facebook post.

“Mr. Haas brought such joy and laughter everywhere he went,” the school said. “He was such a light to our campus.”

President of the Board of Education of the City of St. Louis, Dorothy Rohde-Collins, said of Haas, “He left a distinct mark on local politics throughout his engagement over the past several decades.”

Last summer he didn’t make the cut in a six-person Democratic primary for the 5th state Senate district. The Missouri Democratic Party called on Haas to suspend his campaign in June after a state party official complained about him. Haas had exchanged social media messages with Rachel Gonzalez, 21, a member of the state party executive committee, and in the conversation, he asked if she had a boyfriend and if she was alone.

The party tried to silence him on Twitter, but eventually he started tweeting again. In January, he filed to run for an at-large seat on the Saint Louis Public Schools board.

In 2018, he made an unsuccessful bid for U.S. Congress in Missouri's 2nd district.

Born in the Cleveland area, he graduated from Yale University with an English degree, then joined VISTA as a volunteer to work in community organizing in 1968-70. He got an MBA from William Woods University, and he graduated from Harvard Law in ’72. He accumulated 20 years’ experience practicing corporate law.

He worked as a teacher, swim teach, tutor and customer service representative.

Haas served under former Cleveland Mayor Dennis Kucinich in 1977 and later ran unsuccessfully for a seat on the Cleveland school board and the City Council. He moved to St. Louis in the early 1990s, getting his feet wet in politics with a run for circuit attorney.

And he did enjoy spending time in the pool. That’s where he was Wednesday in the late afternoon when he suddenly stopped, unable to proclaim his customary “Just one more lap.” Richmond Heights police confirmed that they responded to a medical call at the community center involving Haas.

He told the Post-Dispatch in 2017, amid an unsuccessful run for St. Louis mayor, “I don’t intend to die with my song for public service still inside me.”

One of his final social media skirmishes perhaps best embodied his call to public duty. No partisanship, just looking out for a basic human need. No controversy, just common sense. He was registering his approval for a column by Nicholas Kristof of The New York Times, “America Is Not Made for People Who Pee.” About our lack of public restrooms.

Can’t be on the wrong side of that argument.

America Is Not Made for People Who Pee https://t.co/Ri2v0BqNw9 @NickKristof absolutely! stopped once behind archery shed in St.Louis Forest Park, bigger than Central Park. I could have been a sex offender. Back when I ran the 6 mile perimeter, over 30 years ago until recently,

there was a 3 mile stretch with no bathrooms! and most closed during whole winter; and none open on some holidays! good think no one goes to park on holiday! where the museums and such are too, and zoo and golf. I've been crabbing for 30 years; there should be BillHaas

commemorative rest stations. @ForestPark4Ever has never given a rat's ass; only lip service; once the director told me they're unaesthetic. SO IS PEEING IN THE BUSHES! YIKES! THANKS FOR STORY