Bill would give Florida workers 3 months of paid family leave

The legislation was introduced Tuesday. 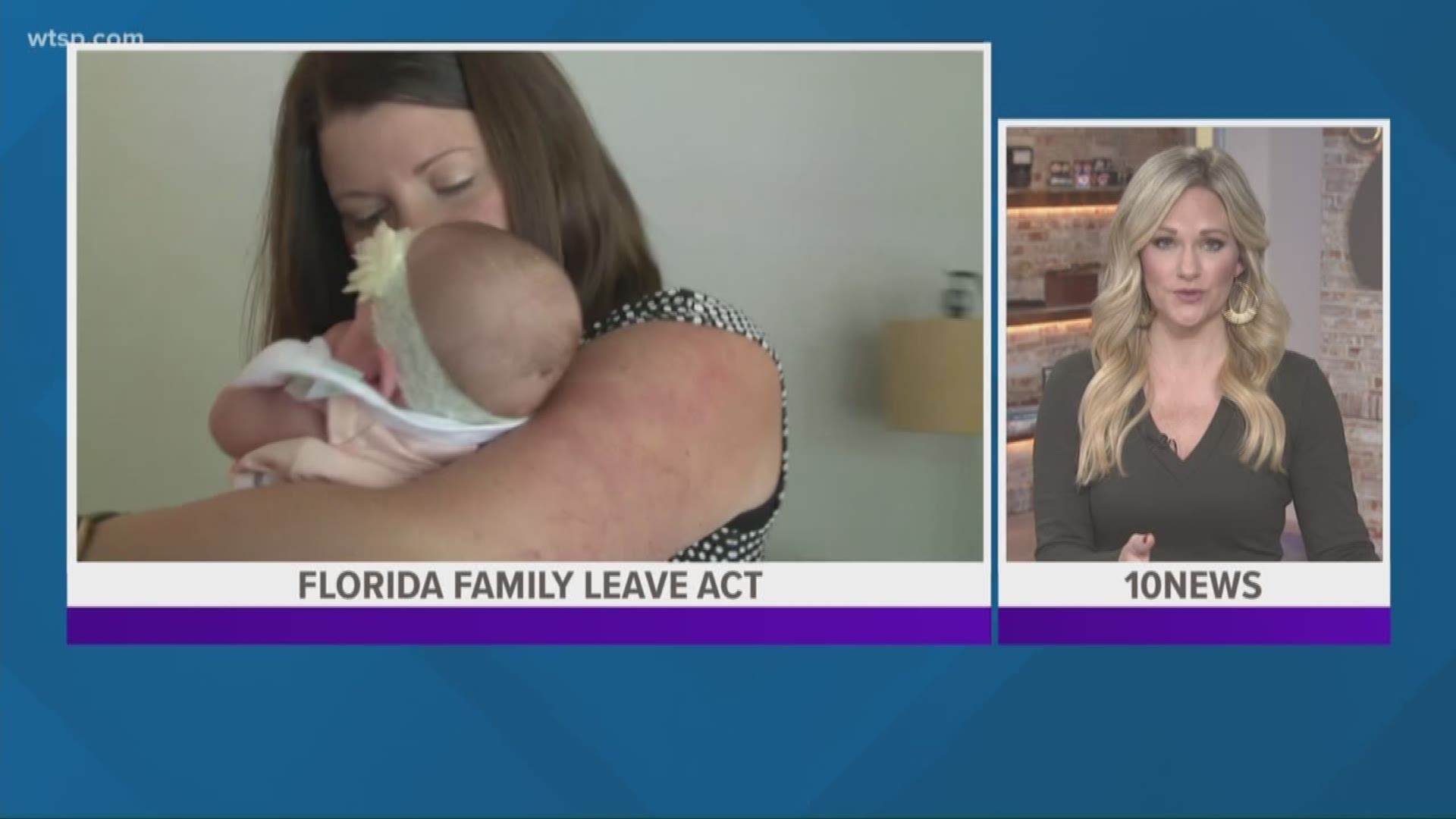 Bills were filed this week in both the state Senate and House. If passed by lawmakers and signed by the governor, the legislation would take effect on July 1, 2020.

Called the "Florida Family Leave Act," it would apply to employees who have been employed at the same business for at least 18 months.

"Such family leave must be without loss of pay or diminution of any privilege, benefit, or right arising out of the person’s employment," the Senate bill said.

The Senate version was introduced by Senator Janet Cruz of Tampa, and the House version was brought forth by Rep. Tracie Davis of Jacksonville. Both lawmakers are Democrats.