In a statement, Franks said he still wants to make an impact on St. Louis politics and hopes his resignation will shine a light on mental health.

"This past year has been marked by deep personal trauma, from the loss of my best friend and godson to gun violence to the strain that comes from trying to support a family on the salary of an elected official with no financial safety net."

He has not set a date for his resignation but said he will not return for the 2020 legislative session. Gov. Mike Parson will have to set a date for a special election to fill his seat.

The win followed a lengthy political and legal battle marred in controversy and court cases.

Before running for public office, Franks rose to prominence as an outspoken protester following the shooting of Michael Brown. He was an elected official while leading protests following the Jason Stockley decision. 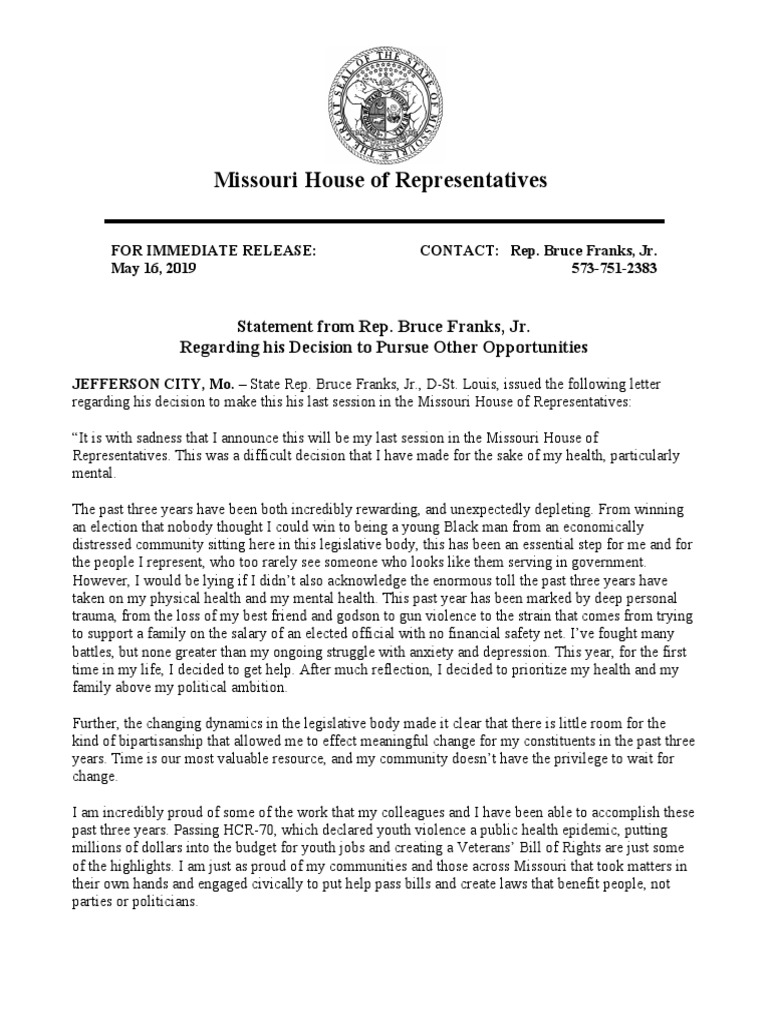