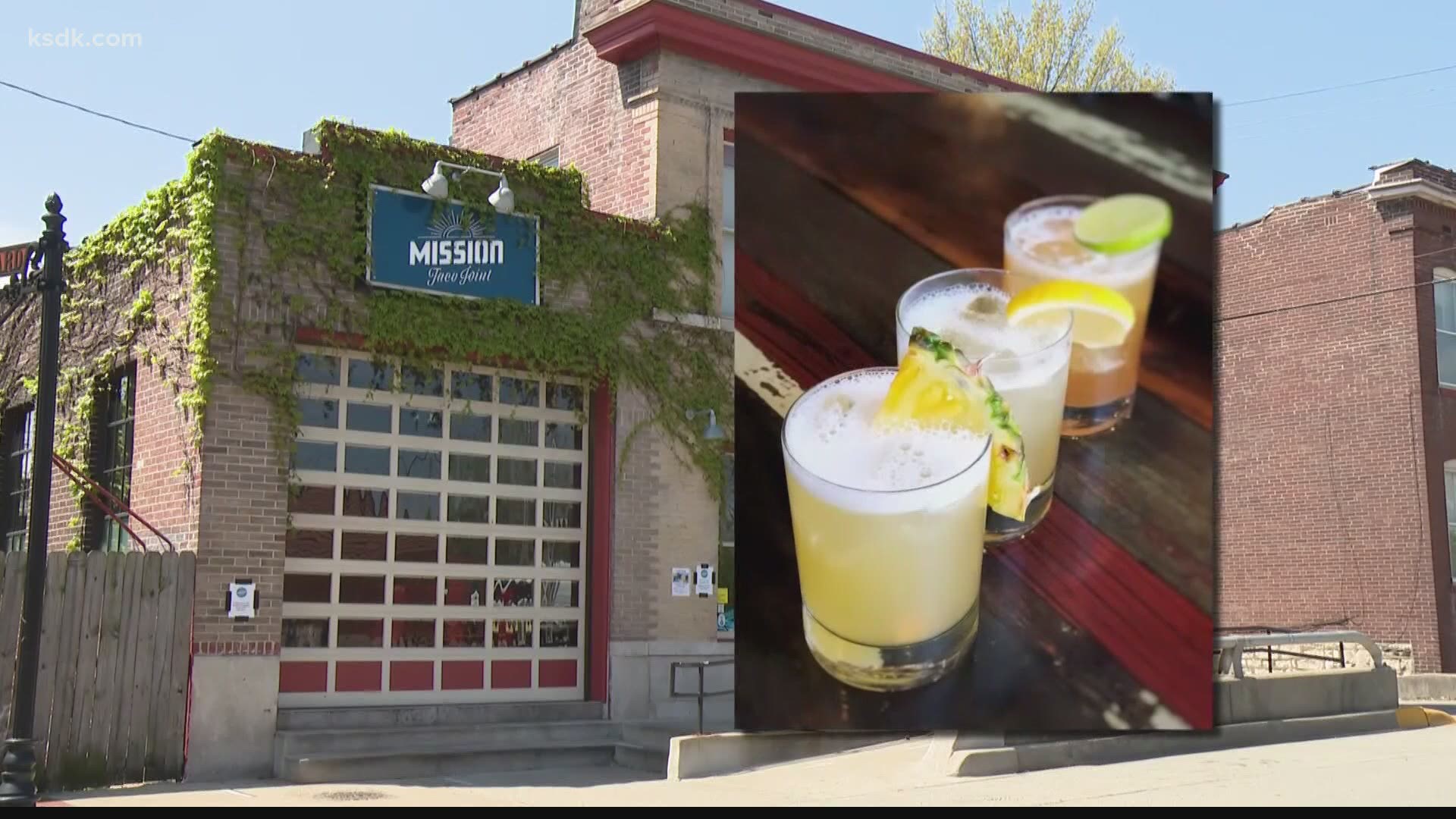 JEFFERSON CITY, Mo. — Jugs of margaritas, cans of freshly poured draft beer and fancy glasses full of complicated cocktails served to-go could be a permanent addition to the menu for bars and restaurants across Missouri.

The bill now heads to Gov. Mike Parson’s desk for his signature.

The measure requires to-go drinks to be in a sealed, tamperproof container, and they must be accompanied by a food purchase.

Food and drink businesses pivoted early on in the pandemic when health orders forced them to close indoor dining. When restaurants could only offer food to-go, they also came up with creative ways to sell drinks, too.

Mission Taco Joint owner Adam Tilford was one of the to-go cocktail trailblazers, offering premixed margaritas that could be bought along with his shop’s popular tacos and burritos. The margarita jugs were wildly popular, bringing in thousands of dollars that helped keep the business afloat.

But he and other businesses soon caught the eye of state regulators, which led to statewide restrictions on how drinks were sold to-go.

The Missouri Division of Alcohol and Tobacco Control briefly mandated Missouri restaurants and bars to sell mix-at-home kits, saying alcohol could only be sold in its original packaging.

Tilford, along with other restaurateurs, lobbied – and won. The state waived the restriction on to-go cocktails, which the governor has previously supported as well. This allowed restaurants and bars to continue selling pre-mixed drinks to customers ordering for pickup or curbside.

The Distilled Spirits Council of the United States celebrated the move by Missouri lawmakers.

“Governor Parson has supported Missouri’s restaurants, bars and distilleries by allowing cocktails to-go via executive order during the pandemic,” said the council’s senior director of state government relations Kristi Brown. “Cocktails to-go provided a much-needed lifeline for struggling hospitality businesses and prevented the permanent closure of many. We applaud the legislature and Governor Parson for supporting local businesses and for providing increased convenience to consumers.”

If he does, Missouri will join several other states that have made to-go cocktails legal, including Iowa, Ohio, Kentucky, Wisconsin, Montana, Arkansas, West Virginia, Georgia, Oklahoma, Texas, Florida and Washington, D.C.