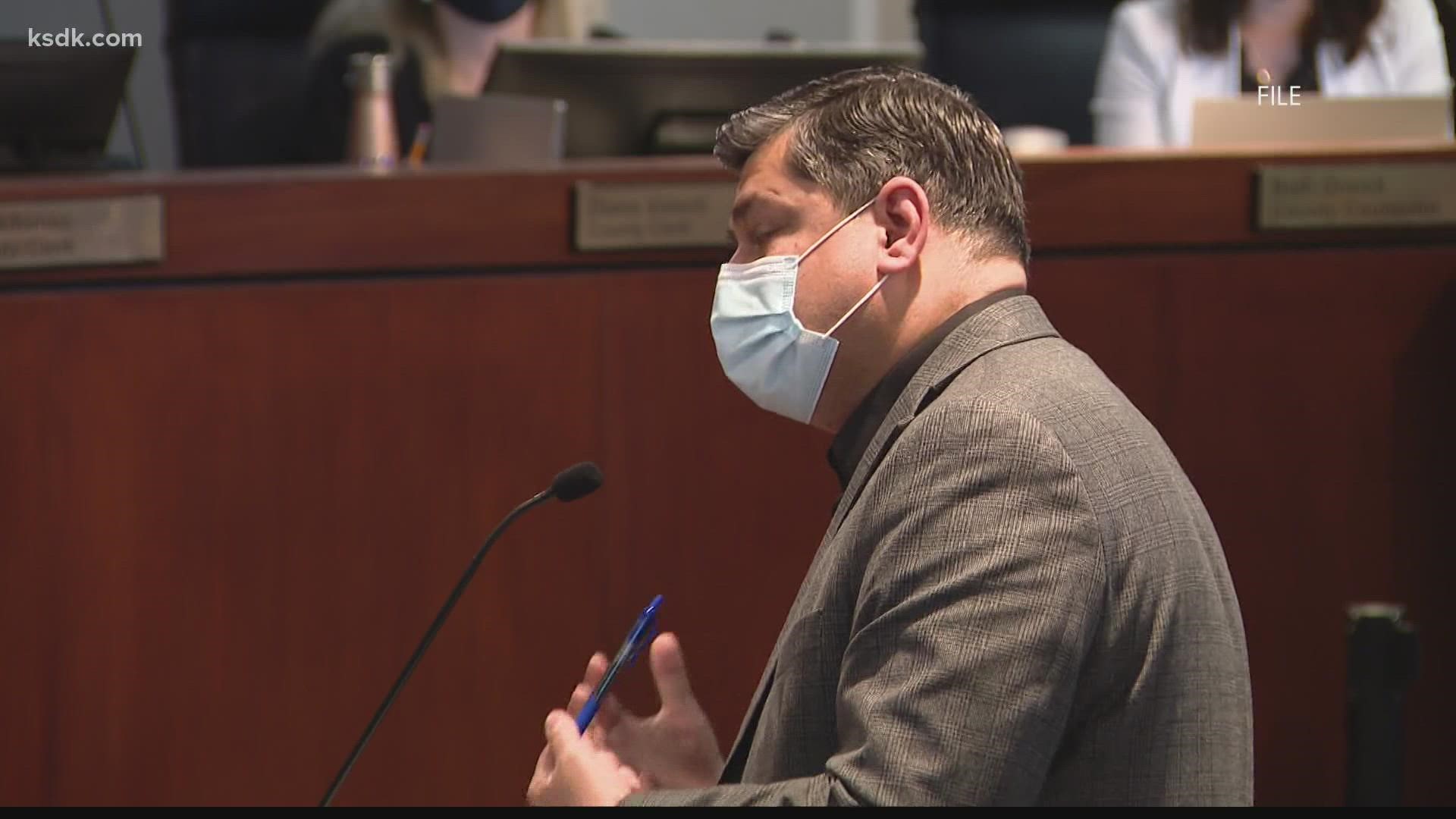 ST. LOUIS COUNTY, Mo. — What really happened between St. Louis County’s acting director of public health Faisal Khan and a fired-up county council crowd the night he tried to talk about a new mask mandate? That's the subject of an internal investigation that, so far, has been kept out of public view.

Now, some members of the council say the public deserves to know what's in that investigation.

For a lot of his critics, this investigation is about more than the back and forth of that one night. They see this as an issue of credibility for a man with a lot of power during this pandemic.

"I was subjected to extreme, vile, racist personal abuse. I was physically jostled, shoulder checked," Khan told 5 On Your Side the day after the meeting in question back in July.

He was interrupted at times by the crowd while he tried to update the council on COVID and a new mask mandate. But video from a 5 On Your Side camera, a security camera, and police officer testimony did not back up his claims of any physical altercation.

The security camera did seem to show Khan giving people the middle finger and he apologized for that.

But, Khan also stood by his other claims and County Executive Sam Page's office said it would investigate.

Now, two and a half months later, Councilman Tim Fitch (R) District 3, wants the public to see what that investigation has found.

Page's office says it's a personnel matter and it won't be released, so Fitch is asking the council to vote on it.

One of Fitch's usual allies on the council, fellow Republican Ernie Trakas from District 6, said he's worried about the council overreaching with its authority, but he wants to see the investigation, too.

He said the findings could be a factor in whether Dr. Khan is confirmed beyond his interim role as director of public health.

Councilman Fitch believes there is a legal precedent for the county to release an internal investigation. He points to the World Series ticket scalping scandal with the city police department several years ago.

In that case, the ACLU sued to see internal reports and won. Fitch believes the same rules should apply to Dr. Khan.

But, Tuesday night he decided to give his fellow council member some time to research this for themselves and plans to bring this up again at next week's meeting.

5 On Your Side reached out to the county executive's office for any update and we have not yet heard back.