Ballots delivered to your door? More Missourians taking advantage of the option

It’s not as simple as it sounds 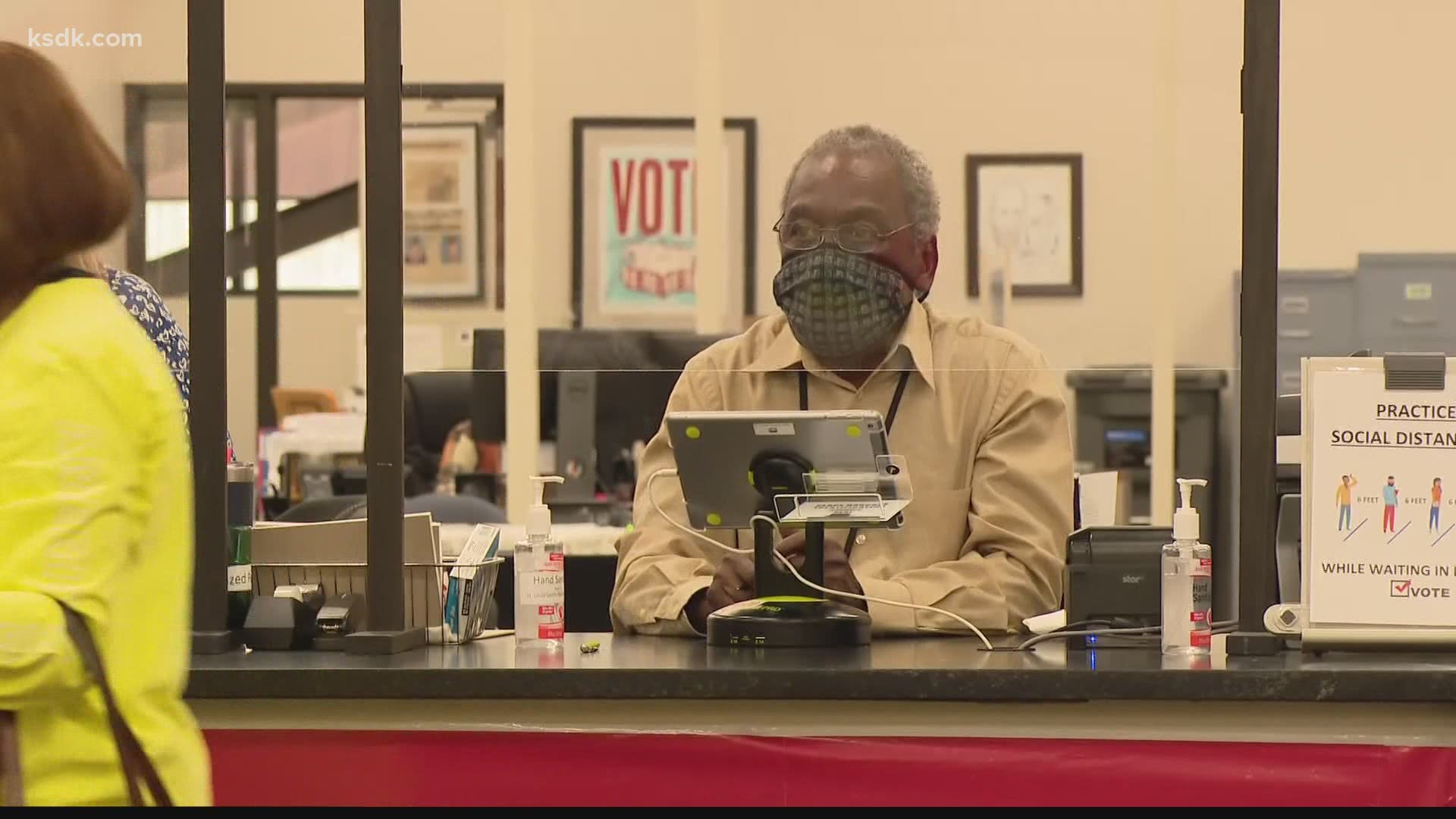 ST. LOUIS COUNTY, Mo. — Ever wish someone would just arrive at your front door with a ballot to help you vote?

That’s exactly what some election workers are doing to make sure people can vote during the pandemic. St. Louis County wants you to call 314-615-1800 for the option—but it’s not as simple as it sounds.

“Literally every every hour we probably have 10 more people call,” said Rick Stream, Republican Director of Elections for St. Louis County. “This is something that a month ago, we weren't even thinking about. And we've had to really adapt and be flexible."

He says it's actually state law to provide a way for people suddenly sick or hospitalized to be able to vote.

“Now, this election, we've had people who are quarantined, who are tested positive for COVID or they're quarantined and we're making every effort to try to go vote those people too.”

“So we prepare a ballot for them and a bipartisan team goes out to their home, leaves the information and stuff on the doorstep. People come out, take the stuff back in the house. They vote it and then bring it back out, leave it on the doorstep. People go and get it. So they actually don't have any contact with the voters, but we are able to try to get them to vote.”

The county hired six temporary workers to do this, but that's only three teams, with a lot of ground to cover.

“Now, we're going to try to get to everybody. But I really at this point, I can't guarantee, because just in the last two days, we've received over 100 phone calls. And you know how time consuming it is to drive out to a person's home and do this.”

And this isn't quite ballot-on-demand delivery for anyone who wants to vote from home: they'll check in with the health department to confirm you're actually COVID-positive or required to quarantine.

“I would encourage people to come out and vote in person, either absentee or on Election Day, because it's too late to get an absentee ballot now.”

RELATED: How long are the lines for early voting in St. Louis County?