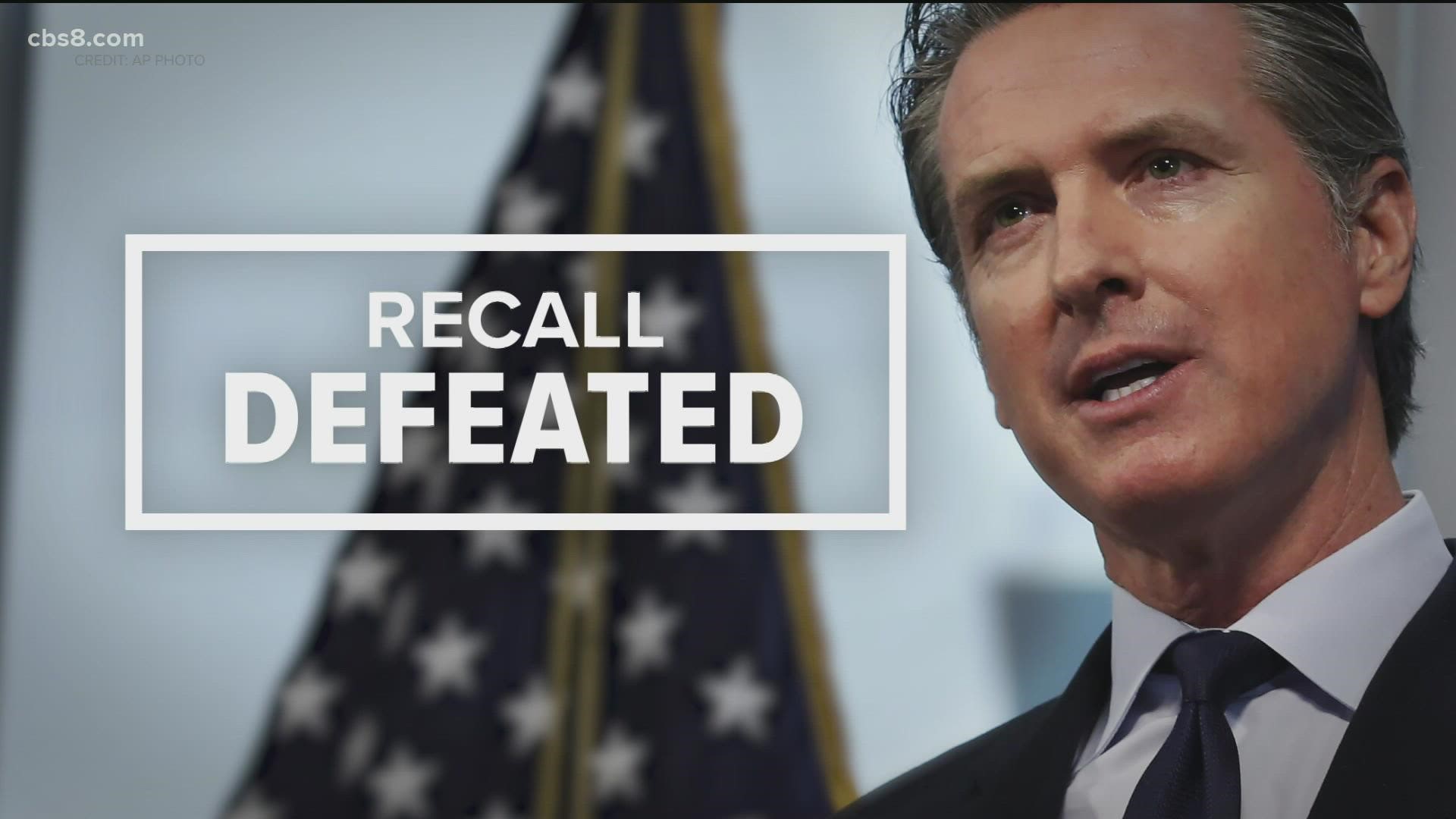 SAN DIEGO — California voters have rejected an effort to remove Democratic Governor Gavin Newsom from office. Just after 8:45 p.m., the Associated Press called the race with over 8 million votes counted.

Voters in San Diego County and across the state were given the option to oust Newsom in California's gubernatorial recall election. The second in the state's history.

Refresh this page for the latest polling results from across California:

Speaking Tuesday night, Newsom said he was "humbled" and "grateful" for voters who threw their support behind "all those things we hold dear as Californians."

Newsom, appearing weary from weeks of intense campaigning, spoke to supporters in Sacramento and claimed victory, saying the resounding "no" vote was in support of democratic and progressive ideals and a rejection of cynical divisions. 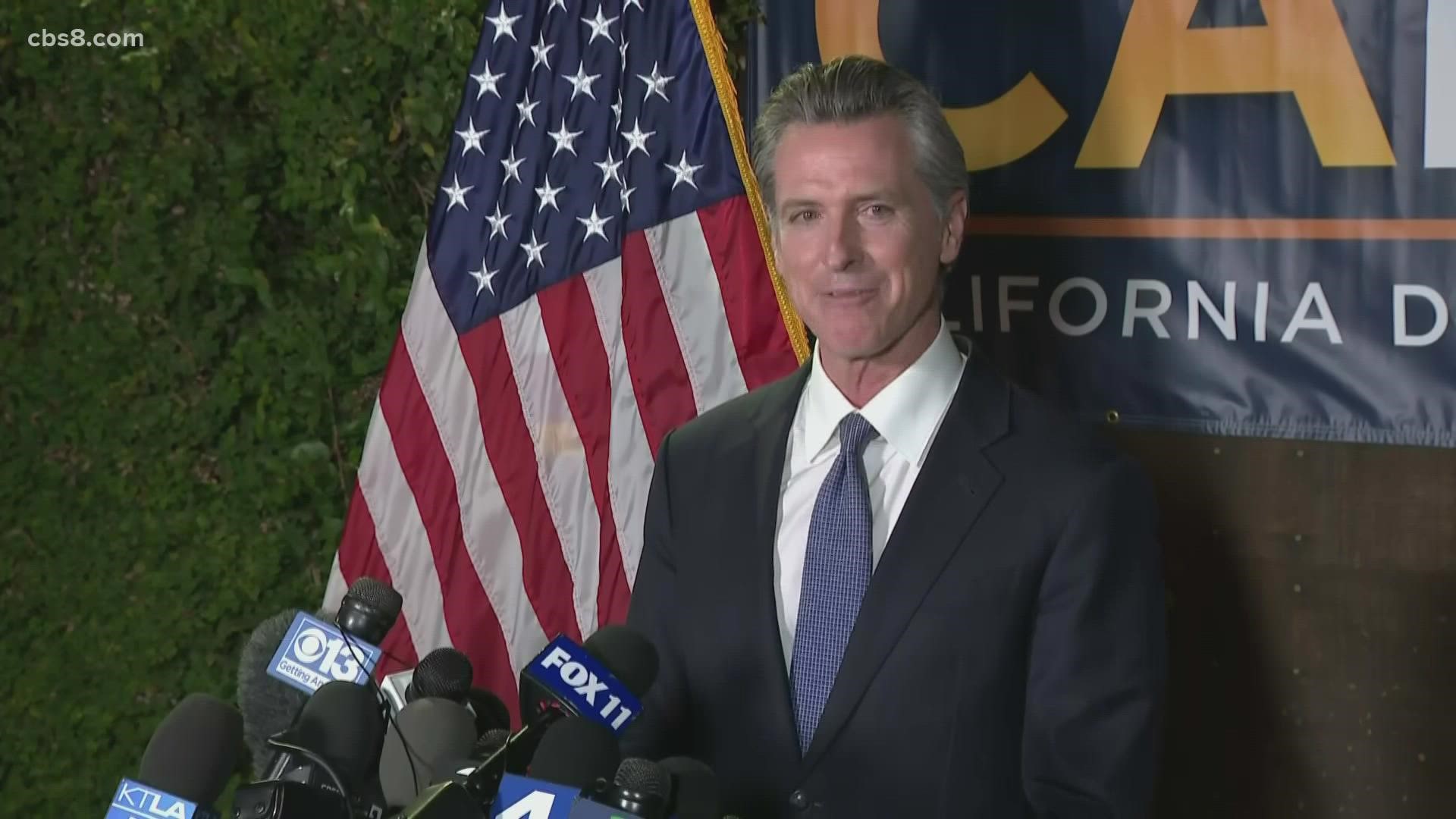 He added: "Tonight, I am humbled, grateful, but resolved in the spirit of my political hero Robert Kennedy to make more gentle the life of this world."

How did San Diego County vote in the recall election?

"Tonight is a win for the bold agenda put forth by President Biden, Governor Newsom, and Democrats in Congress to build our country back better, deliver on their promises, and get our country back on track. I am confident we will continue to do so in 2021, 2022, and beyond."

The ballot for this election included just two questions: the first: “Shall GAVIN NEWSOM be recalled (removed) from the office of Governor?" and the second asked if Newsom is recalled, who do you want to replace him with the list of candidates to choose from.

All voters in California were sent a mail-in ballot but could opt to vote in person instead.

Elder took the stage at his campaign-night party in Costa Mesa at 10 p.m. and admitted defeat.

"Let's be gracious in defeat," Elder told the crowd. "We may have lost the battle but we are going to win the war."

Faulconer, speaking before any results were in, positioned the recall as "a referendum on Gavin Newsom's failure," saying, "That's why so many Californians not only signed the recall petition, but that's why Californians in all parts of the state, all party registrations, are ready for a change at the top."

`It's clear that our work in California is not finished, he told supporters. "This recall showed that if you keep the focus on Gavin Newsom, he can be beat ... the focus of this election turned into national politics and personalities."

Some have said the recall election process in California is flawed and needs to be reformed. UC San Diego professor and chairman of the political science department, Thad Kousser spoke to News 8 about ways it could be changed and improved: 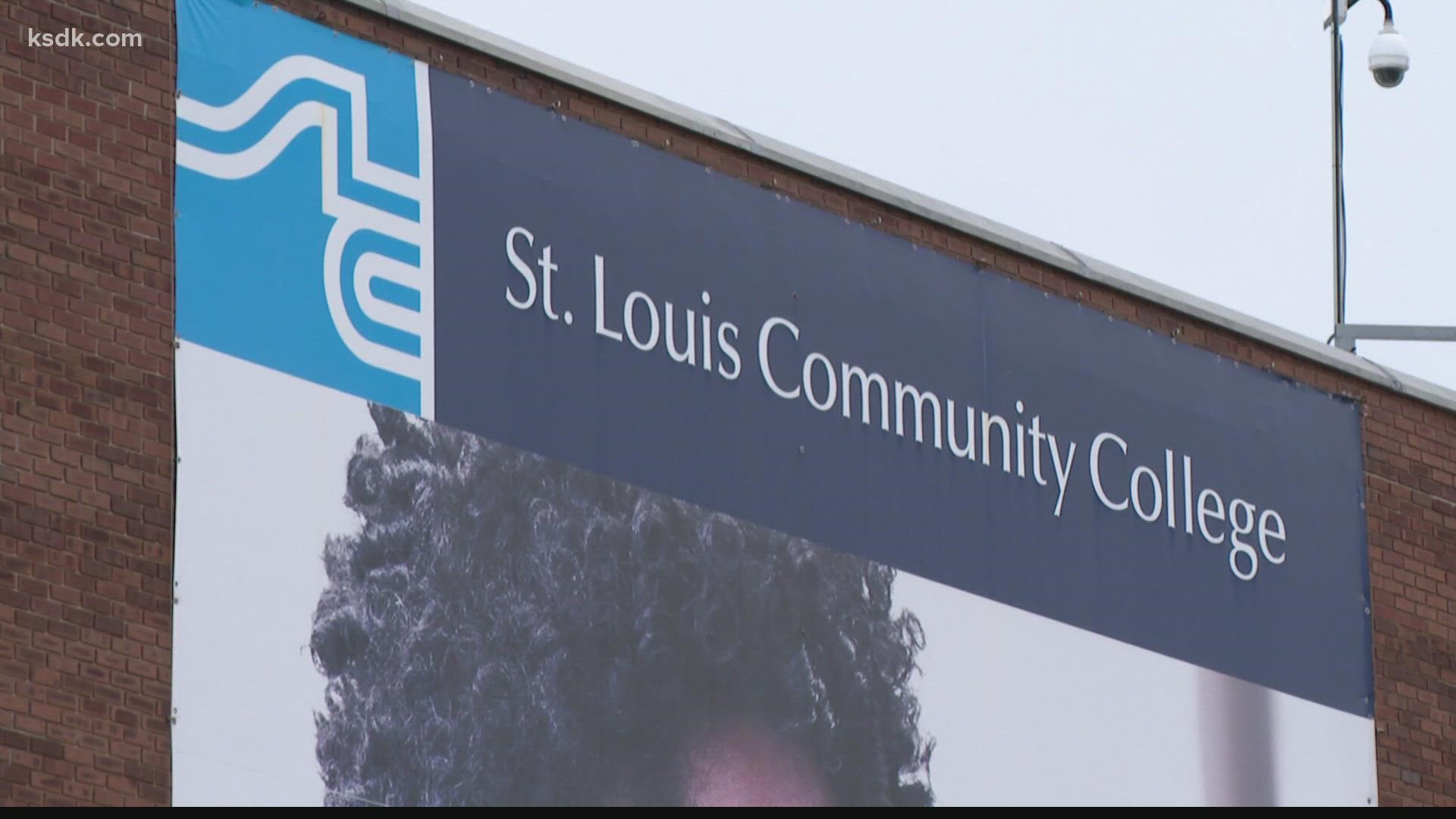