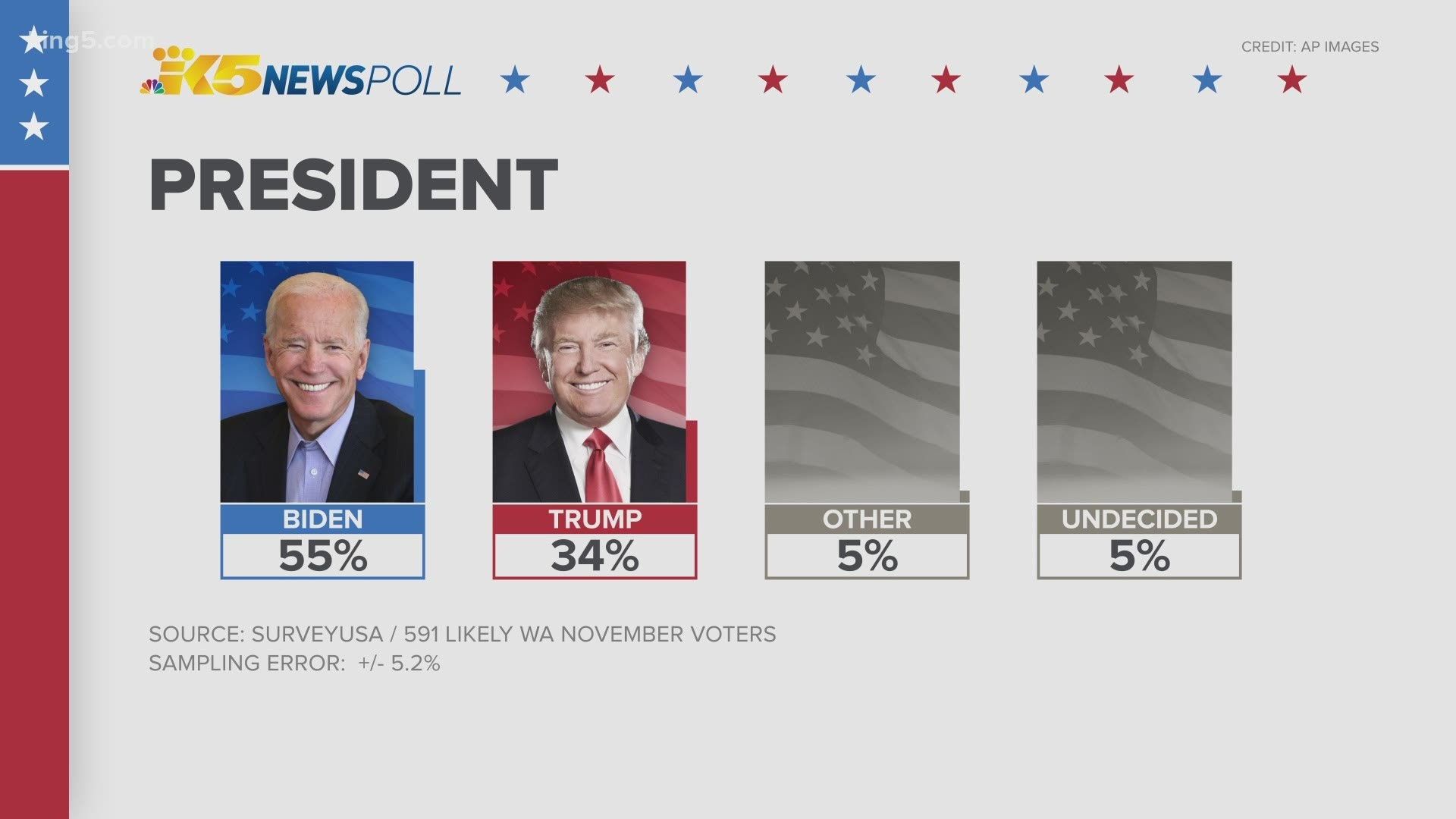 If this trend continues to November, Trump could be the first Republican presidential candidate to earn less than 35% of the popular vote in Washington in 108 years. In 1912, William Howard Taft earned 23% of the vote.

The poll shows stark gender differences Biden and Trump supporters. Both candidates garnered support from 44% of male respondents, but Biden performed much better among women. About 65% of likely female voters said they would vote for Biden, which was 39 points higher than Trump.

Trump returned to the campaign trail Monday after he tested negative for coronavirus two days in a row, and his doctor said he’s no longer infectious to others. Trump was released from the hospital last week after receiving treatment for four days.

However, the poll suggests most Washington voters are concerned about Trump’s ability to lead the nation while he recovers from COVID-19 and think he could have done more to protect others from contracting the virus.

About 65% of surveyed likely voters are concerned or extremely concerned about Trump’s leadership ability during recovery compared to 35% who are not concerned or not at all concerned.

An overwhelming 74% of respondents said they thought Trump could have done more to protect himself, his family, his staff and donors from contracting COVID-19 before he was hospitalized.

The poll also suggests Washington voters think Trump is downplaying the virus. Before he left the hospital, Trump tweeted, “Don’t be afraid of COVID.” However, 66% of respondents disagreed or strongly disagreed with that statement.

The poll, which was conducted by SurveyUSA, surveyed 850 adults in Washington state from Oct. 8-12. Of those adults, 591 were likely November voters, and 290 watched the gubernatorial debate. Poll respondents were representative of statewide demographics with 36% identifying as a Democrat, 24% as Republican and 29% as Independent. Half were from the metro Seattle area, one-third were from western Washington and 17% were from eastern Washington.