Know to Vote: How voting in the St. Louis mayoral race is different this year

This year's March 2 primary will look very different: it’s not just about which candidate you pick, but how many 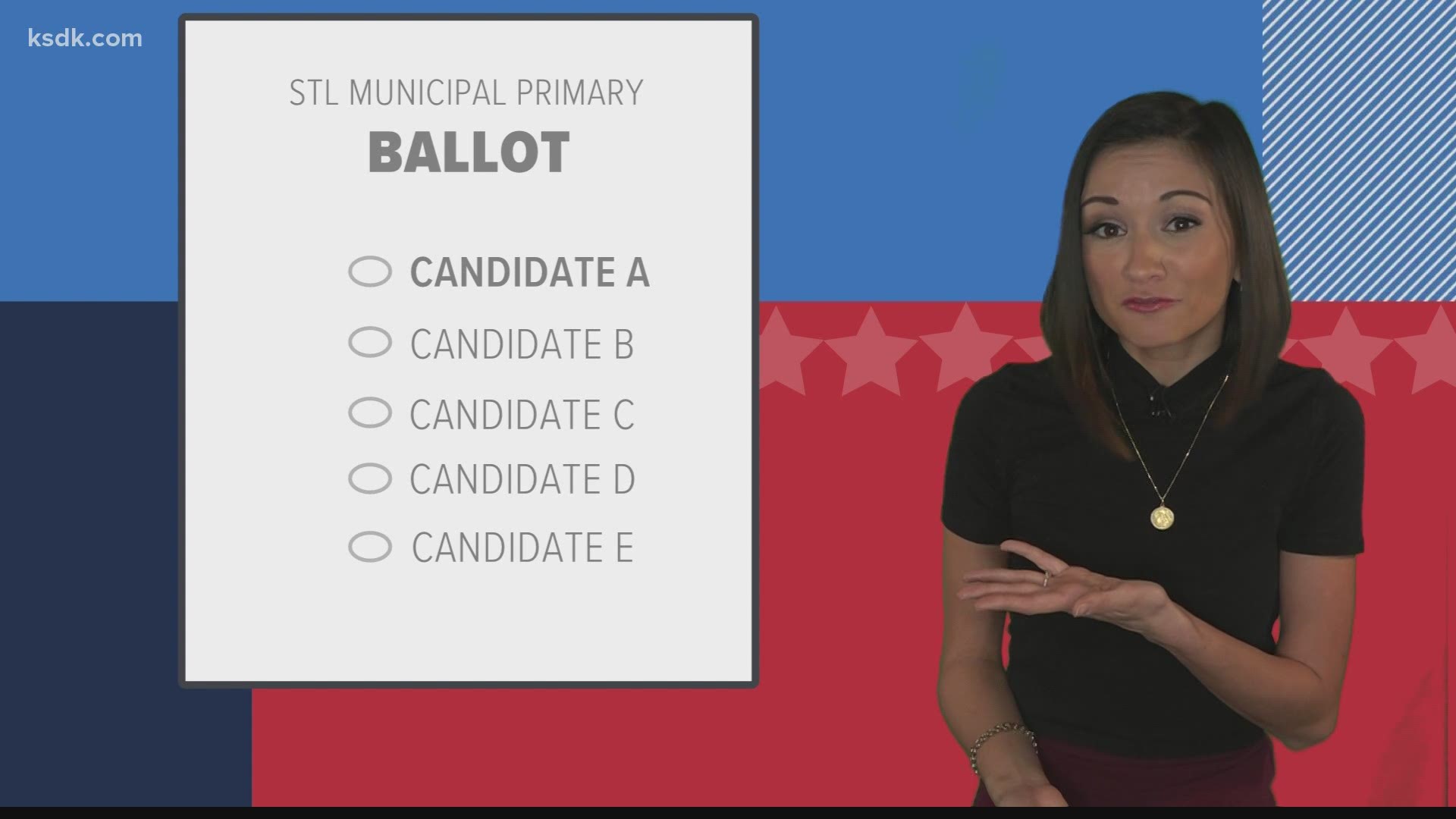 ST. LOUIS — With Lyda Krewson opting not to run for another term as St. Louis' mayor, voters will elect a new leader in April.

For years, it's been a foregone conclusion in St. Louis that the Democrat will win, essentially making the primary the real contest. However, this year's March 2 primary will look very different: it’s not just about which candidate you pick, but how many you pick.

It scraps voting by party: rather than requesting a primary ballot based on your affiliation, Republicans and Democrats are on the same ballot.

The system St. Louis will now use is often referred to as approval voting. You aren't restricted to voting for just one candidate: you can mark as many as you want in each race.

For example: if you like “Candidate A” the most and just want to vote for them, you can do that. If you like "Candidate A" well enough, but also like candidates "B" and "C," you can vote for them all, and all of those votes will be weighed equally.

St. Louis' Democratic Director of Elections Ben Borgmeyer has been in touch with election officials in Fargo, North Dakota, the other city currently using this system. Borgmeyer said between those conversations and the work he’s done thus far, he's not worried about the new system making his job — or voting — more difficult.

"Our job is to make sure elections are obviously secure and that people feel confident in the results," he said. “It’s just kind of figuring out how to implement it and making sure voters understand what it is."