It had been scheduled for Sept. 25 but was postponed after Missouri Governor Mike Parson tested positive for the coronavirus 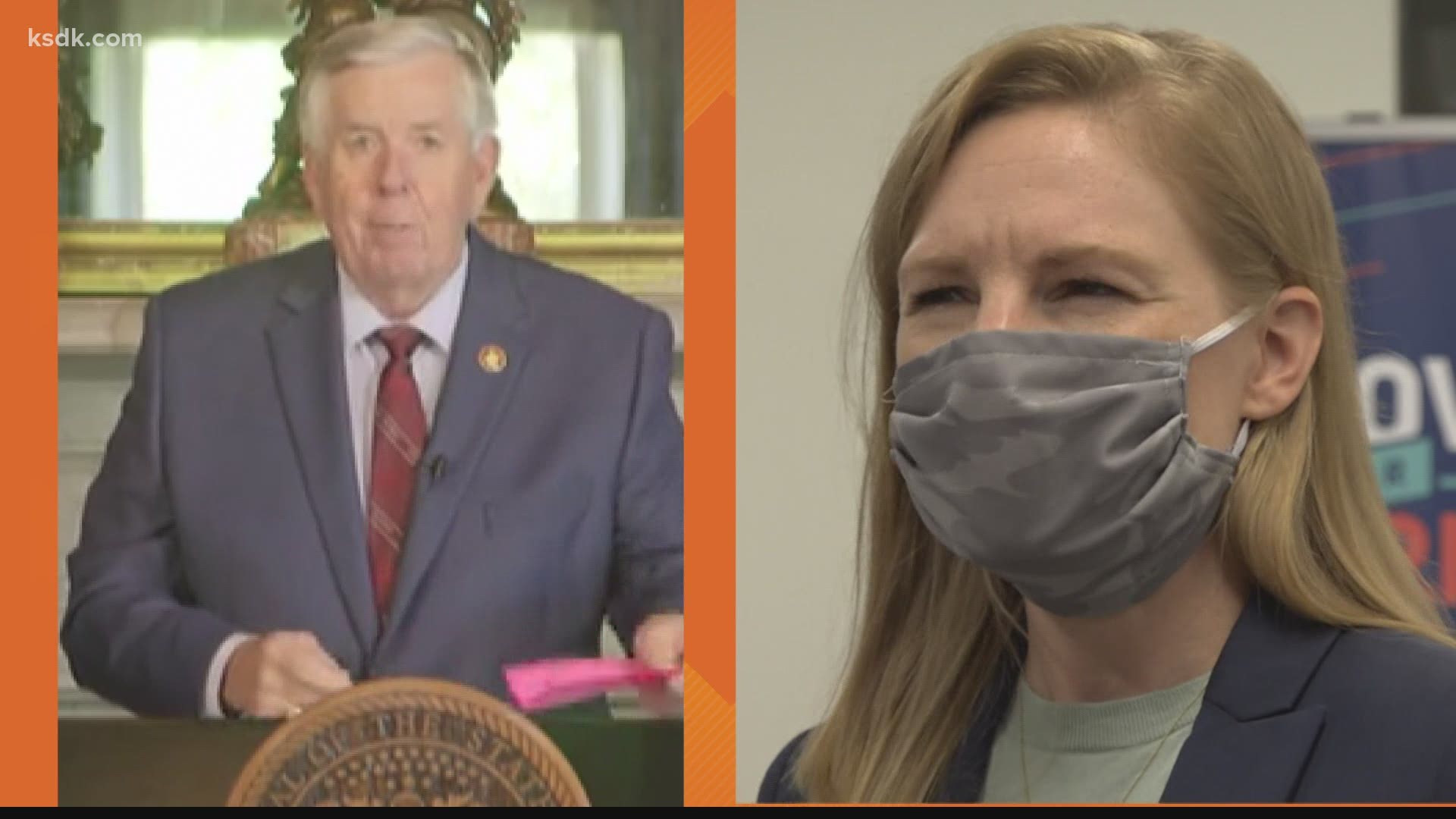 COLUMBIA, Mo. – The first – and possibly only – debate between Missouri’s gubernatorial candidates is set to take stage Friday afternoon.

The Missouri Press Association said the forum is scheduled for 2 p.m. at the Missouri Theatre in Columbia. It’s closed to the public.

The debate will be livestreamed on the Missouri Press Association’s website.

It had been scheduled for Sept. 25 but was postponed after Missouri Governor Mike Parson tested positive for the coronavirus.

Governor Parson is a veteran who served six years in the United States Army. He served more than 22 years in law enforcement, including 12 years as the sheriff of Polk County. He also served in the Missouri House of Representatives from 2005-2011, in the Missouri Senate from 2011-2017, and as Lieutenant Governor in 2017-2018.

His campaign platform has a focus on building the state economy, improving the unemployment rate and improving infrastructure.

Governor Parson and First Lady Teresa live in Bolivar. Together they have two grown children and six grandchildren. He was raised on a farm in Hickory County and graduated from Wheatland High School in Wheatland, Missouri.

He is a small business owner and a third-generation farmer who currently owns and operates a cow and calf operation near their hometown of Bolivar.

Nicole Galloway, 38, is the Democratic gubernatorial candidate in the November General election. If elected, she would become Missouri's first female governor.

Galloway grew up in Fenton, Missouri, and served as Boone County treasurer from 2011 to 2015, when Former Gov. Jay Nixon appointed her as State Auditor after John Watson's resignation. She sought to keep the position and was elected as State Auditor in 2018.

Galloway announced her run for governor in August of 2019. Her "New Way" campaign platform has a focus on medical care. Galloway has said she would expand Medicare coverage and restore coverage to children, as well as keep rural hospitals open and implement an "aggressive" agenda to help Missourians afford health care.

Galloway also has an action plan to centralize the state's coronavirus response and has criticized Parson's handling of the pandemic.

Rik Combs of Cole County is the Libertarian Party candidate running for Missouri governor in the November general election.

According to his biography on his campaign website, Combs grew up on a cattle farm and graduated from the University of Alabama before spending three decades in the United States Air Force. He served as CEO of Baron AG in Florida from 2006-2009 before relocating to Jefferson City in 2009. He now lives near Binder Lake with his wife and daughter.

Jerome Bauer of St. Louis is the Green Party candidate running for Missouri governor in the November general election.