He spoke with veterans and later hosted an LGBTQ+ event. 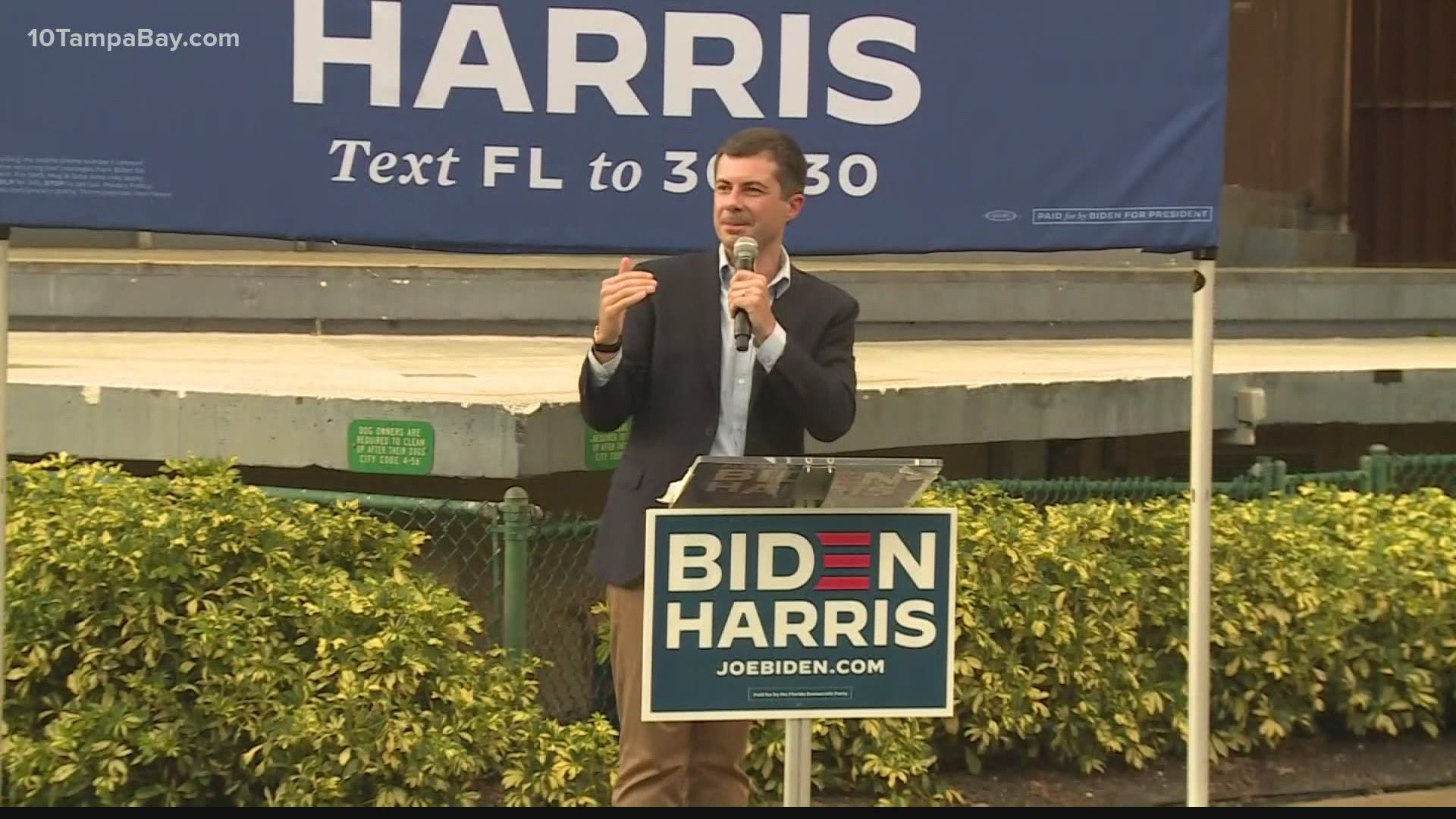 He's first met with veterans in Tampa and later attended a 5:30 p.m. "Pride at the Polls" event in St. Petersburg. Both were meant to shore up support for the Democratic ticket, especially Biden and running mate Sen. Kamala Harris.

Buttigieg, an Afghan War veteran and the first openly gay Democratic presidential candidate, dropped out of the race earlier this year after defying expectations against a better-known field of candidates.

On the Republican side, Donald Trump Jr. vouched for his father at several events Wednesday along Florida's east coast.