Sick of long lines to vote? Some say there's a simple solution to the problem.

Other states are doing it. Why aren't we? 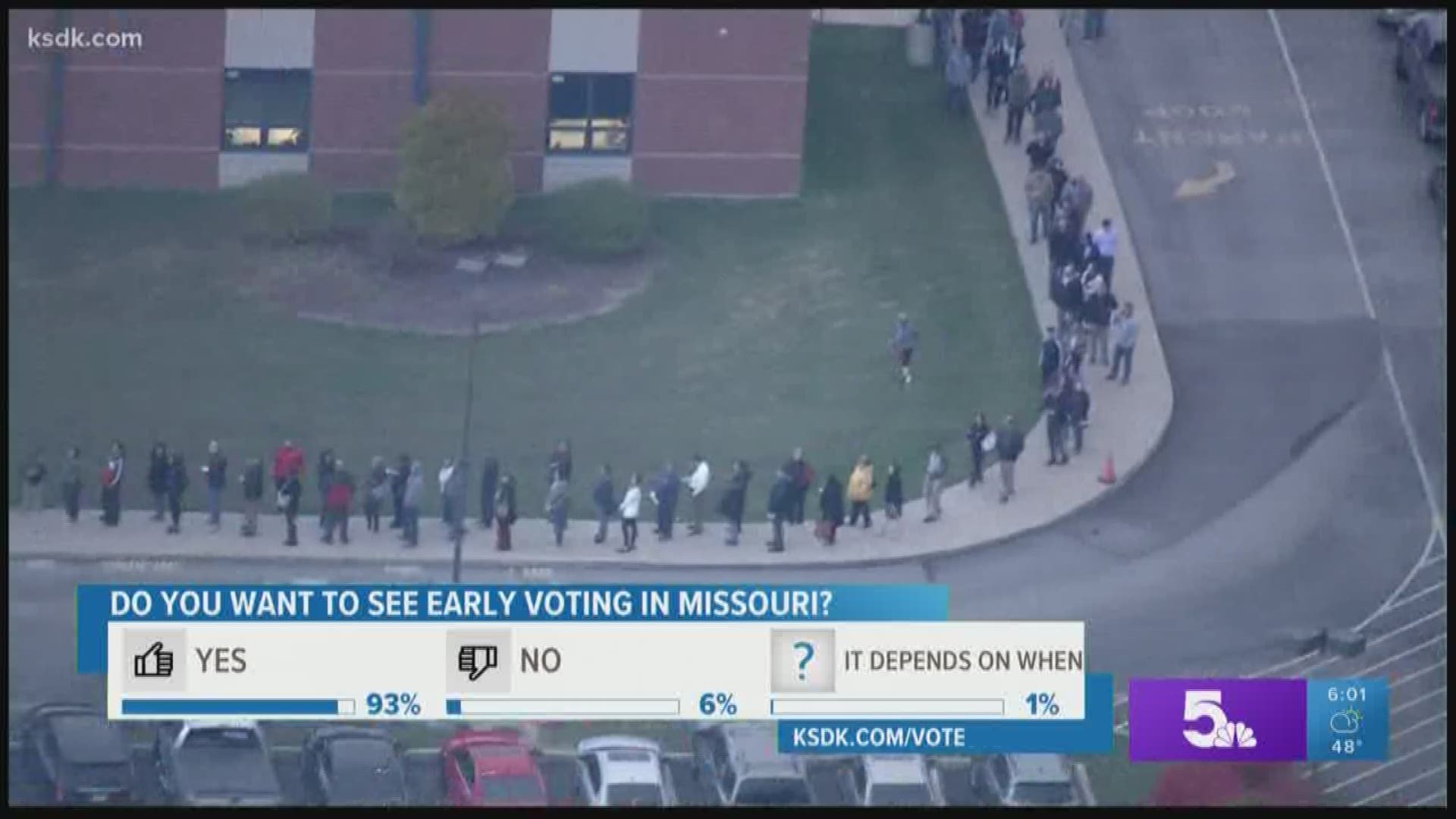 ST. LOUIS COUNTY — Long lines and even longer wait times across Missouri: they’re problems voters faced Tuesday at the polls. That's led some of you to ask, “Would early voting have solved that issue?”

That's a question Leslie Tolliver has been asking for a long time. She’s passionate about voting in every election.

“I have children that I'm raising and so what we do today affects them tomorrow,” said Tolliver.

And she was surprised early Tuesday morning when she saw the line to cast her ballot.

“I arrived around 6:02 to my polling place and there was already about 30 people in front of me and many more behind me.”

And wearing high heels, she definitely wasn't prepared to stand around.

“My whole experience took about 45 minutes,” she said.

Tolliver thinks early voting could save a lot of people a lot of time and sore feet.

“I think it's something that's necessary and it keeps up with the times.”

“You know, it's like access to getting your driver’s license. people want to make it easy. there shouldn't be a lot of hoops that people have to jump through," said Newman.

But lawmakers have shot down the idea every time without as much as a public hearing, leaving people like Tolliver hoping things will change.

Representative Newman says maybe the best chance to make early voting possible in Missouri is for citizens to gather petition signatures to force the issue onto a ballot. It'll take money and lots of manpower and Newman says it's something she'll continue to push.