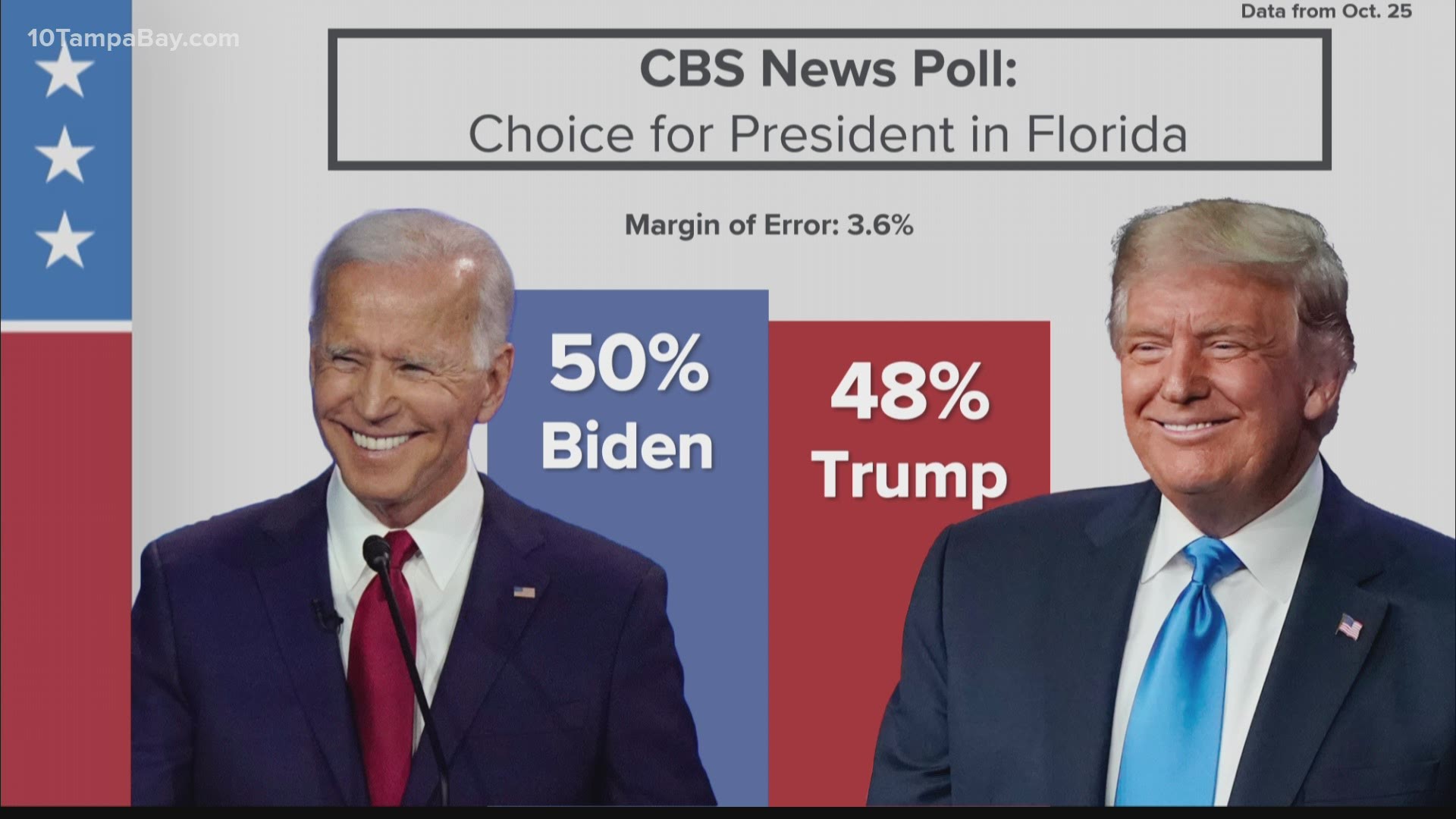 TAMPA, Fla. — Heading back to a key battleground state in the 2020 election, both presidential candidates President Donald Trump and Democratic nominee Joe Biden will visit Tampa, Florida, on Thursday.

The dueling rallies happen just days before Tuesday's presidential election, which pits the incumbent president against the former vice president.

Biden is attending two events in Florida on Thursday -- one in Tampa and the other in Broward County. Both events will be drive-in rallies.

Both campaigns have made stops almost daily around the Sunshine State as they look to rally support for their respective candidate.

This week, former President Barack Obama stumped for his former running mate Biden in Orlando. And on Wednesday, former Democratic presidential candidate Pete Buttigieg is visiting the Tampa Bay area to shore up support for the Democratic ticket by hosting a talk with veterans and then an LGBTQ+ event.

Also on Tuesday, Trump's daughter Ivanka Trump spoke to a crowd in Sarasota. Then on Wednesday, Trump's son Donald Trump Jr. is in Jacksonville for a "Make America Great Again" event.

RELATED: Ivanka Trump campaigns for her father's reelection in Sarasota

Recent polls show tight races between Trump and Biden in several states, including Florida. The Real Clear Politics polling average has Biden up 1.5 points over Trump. And, FiveThirtyEight shows Biden leading by 1.3 points in the Sunshine State.