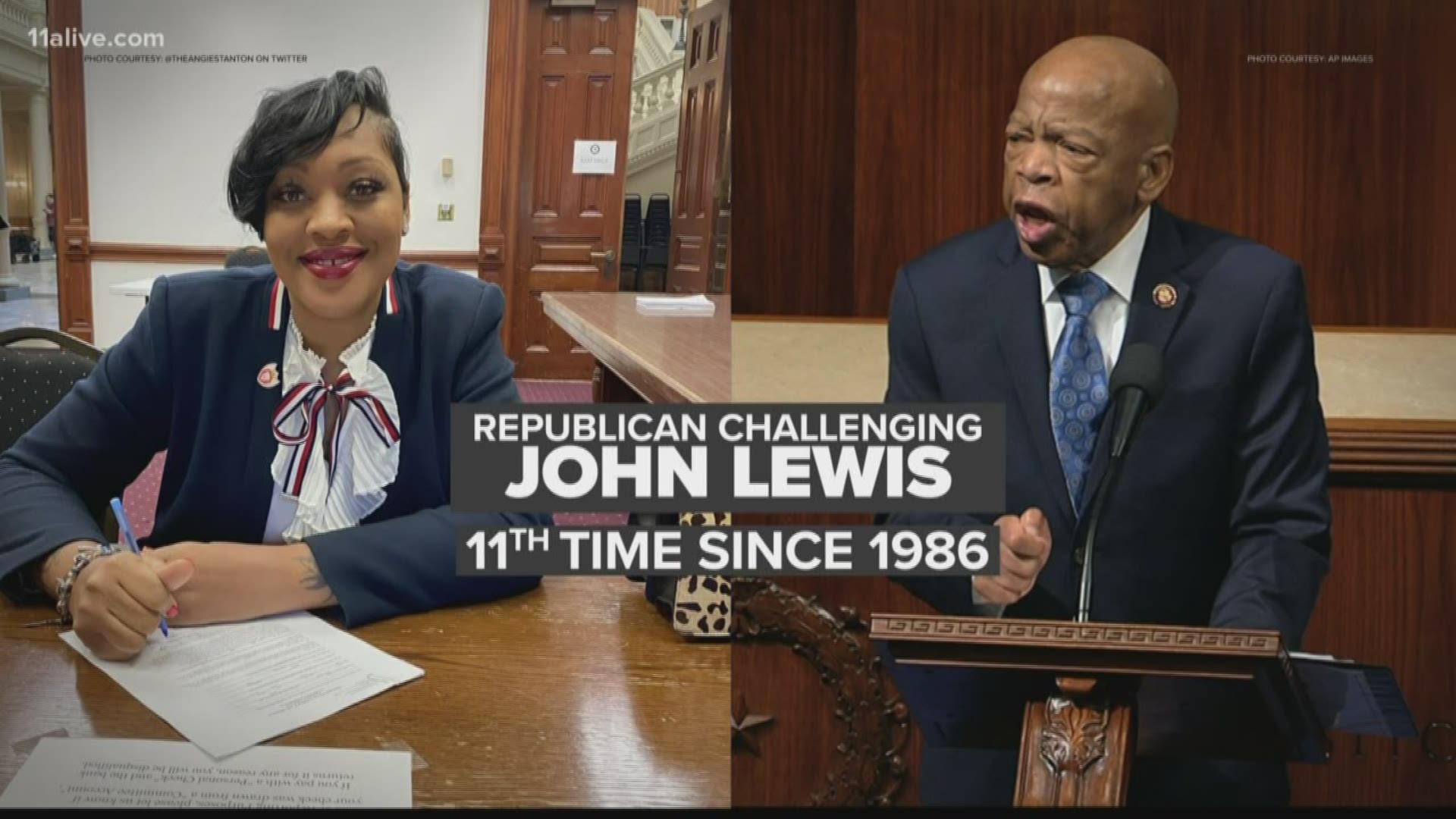 ATLANTA — Angela Stanton-King of Atlanta announced in March that she was running as a Republican for the Fifth Congressional District seat long held by civil rights icon John Lewis.

At the time, Stanton-King told 11Alive that she had felt compelled to run for the seat after reflecting on her past and called it a dream come true.

She had been pardoned in February by President Donald Trump after her 2004 conviction on federal conspiracy charges for her role in a car theft ring.

She has also appeared on the BET series "From the Bottom Up," which focuses on women who rebuilt their lives after falling from grace.

Staunton-King is the goddaughter of right-wing religious figure and Atlanta native Alveda King, who is a niece of Dr. Martin Luther King, Jr.

On Saturday morning, Stanton-King thanked Lewis for his legacy.

"My prayers and sincerest condolences go out to the John Lewis family, as they grieve the loss of a cherished father, husband and leader. John Lewis' vital role in the civil rights movement will never be forgotten, and his legacy will forever be acknowledged by our state and our country. We as Georgians are grateful for his leadership over the last several decades, and we honor his life's work of advocating for justice and equality. His courage and public service undoubtedly shaped our generation, and will continue to shape generations to come," Stanton-King said.

Thank you for your blood, sweat and tears. The fight continues! Rest in Power Honorable John Lewis pic.twitter.com/UnpTiB8NFC

Staunton-King is running on a far right-wing conservative platform and, according to an NBC News article described herself on Twitter in March as “Pro GOD, Pro LIFE, Pro WOMAN, Pro AMERICA, Pro TRUMP and PRO COMMON SENSE.”

She said in March that she felt that it was time for Lewis to step back and focus on his health.

“With all respect to Congressman Lewis, when I think about him, I always have that image in my mind when he was on the Selma Bridge," she said. "The truth of the matter is, with all that he has given towards the fight for civil rights - which we greatly appreciate - these are no longer the days of marching over the Selma Bridge."

"There is a different injustice we are fighting now, and it's for the lives of our unborn children," Stanton-King continued.

She has created a major controversy with a series of anti-LGBTQ tweets she posted shortly after she announced she was running in March.

“Gay means Men having sex with men. If you wouldn’t want your 12 yr old daughter advertising that she enjoys sex with men/boys why your 12 yr old son?,” she said in one of her tweets, now since deleted, referring to Zaya Wade, retired NBA player Dwayne Wade's transgender daughter. "This is confusion, pedophilia and sexual exploitation wrapped up in acceptance."

In another tweet quoted by NBC News, she said that people appear to be more accepting of transgender people than ex-convicts.

Stanton-King ran unopposed in the Republican Primary, which means she will automatically appear on the November 3 General Election ballot.