The former President had hip replacement surgery after falling on Monday. 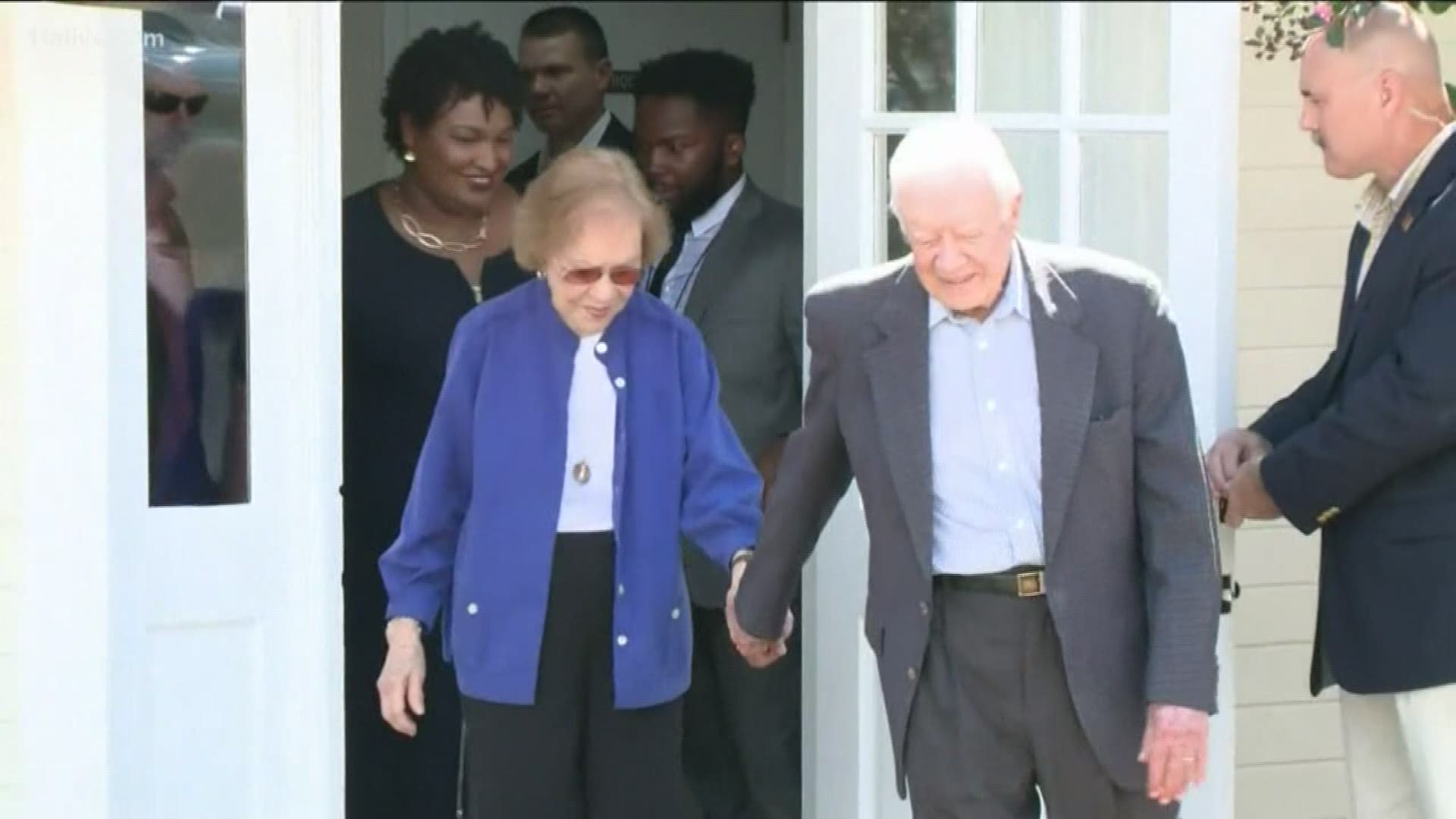 President Jimmy Carter has been released for the hospital after breaking his hip in a fall earlier this week, The Carter Center said. The former President was released from Phoebe Sumter Medical Center in Americus, Ga. Thursday morning where he underwent surgery after the fall on May 13.

Former First Lady Rosalynn Carter was also admitted to the hospital overnight after she “felt faint.” Medical professionals observed her and conducted tests. She was also released Thursday morning.

The 39th President had his hip replaced and will continue to recover at home and undergo physical therapy, the Carter Center said in a release.

The fall happened when the 94-year-old was leaving his home in Plains, Georgia to go turkey hunting Monday morning. The Carter Center said his main concern is that turkey season ends this week and he hasn't reached his limit. The former president hopes that the state will let him roll over the unused limit to next year.

Although they are both recovering from hospital stays, the Carters still plan to teach Sunday School at Maranatha Baptist Church this weekend, The Carter Center said.

The Carter Center released a statement saying in part, “both President and Mrs. Carter extend their thanks to the many people who sent well wishes the past few days.”