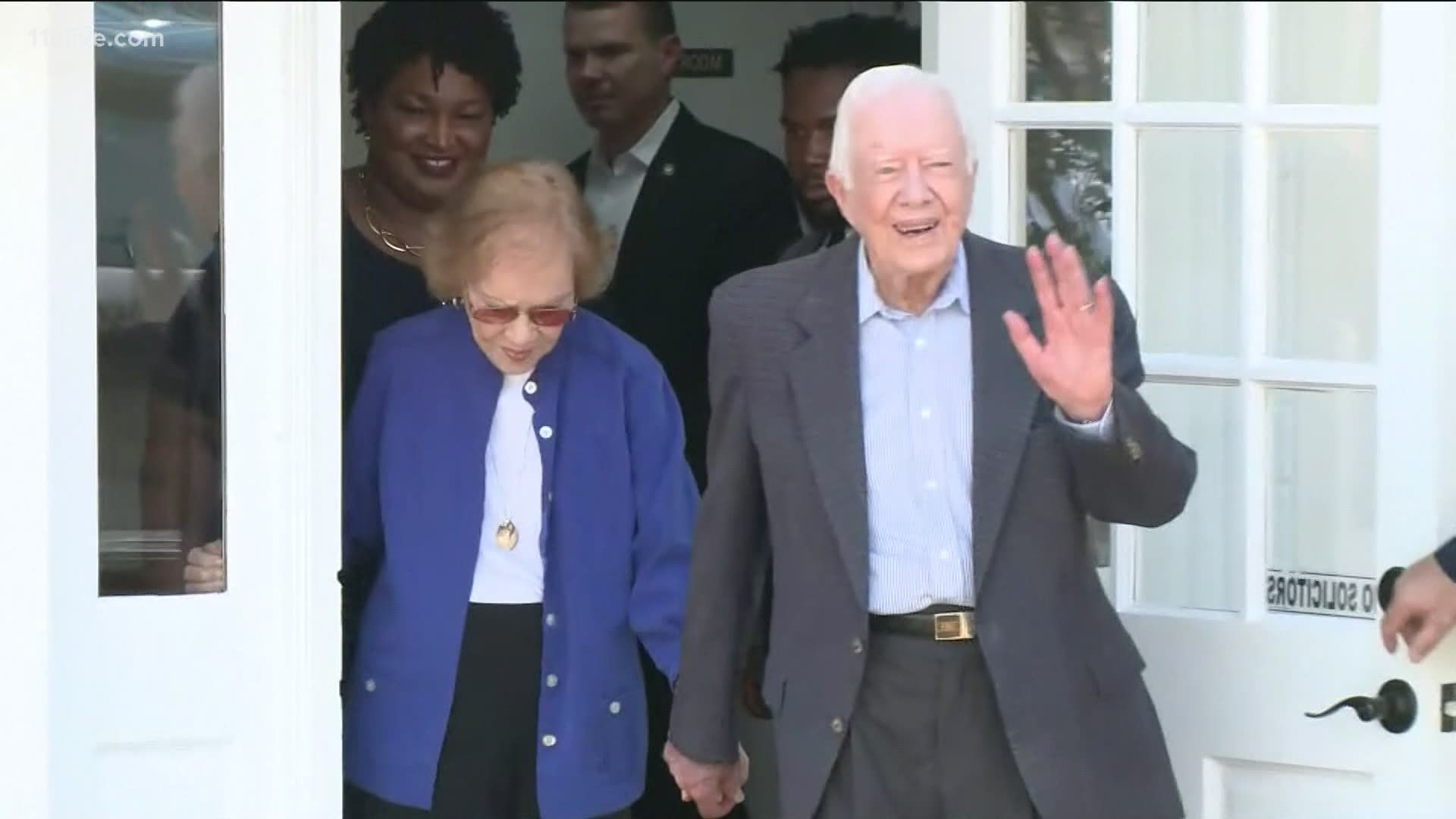 The 39th president turned 96, unbowed after a past year that saw him have to retreat somewhat from public life amid the coronavirus pandemic.

He has remained vocal, nonetheless, endorsing in recent weeks both Joe Biden for president and Raphael Warnock for Senate.

He has also recently paid tribute to Ruth Bader Ginsburg and made the case for mail-in voting, saying earlier this month, "I approve the use of absentee ballots and have been using them for more than five years."

Early last year Carter became the nation's oldest living former president, and continued to live a full and active public life before the pandemic: Just days after his 95th birthday, he brushed off a fall and helped lead a Habitat for Humanity build in Nashville.

Even after the pandemic set in, President Carter helped lead the call to urge the public to wear masks and, this summer, amid antiracist protests that swept the country, he said we must "say no more to a racially discriminatory police and justice system."

He and wife Rosalynn Carter even delivered remarks from his home for the Democratic National Convention last month.

In July, 11Alive's Jeff Hullinger visited the former president's hometown in Plains, Ga. and saw the Carters outside of their home. While he was there, they were attempting to raise $500,000 to help their neighbors in the small, 600-resident town.

And to celebrate his birthday, members of the community and Maranatha Baptist Church came together for a drive-by birthday parade outside their home!

Even at 96, Jimmy Carter remains a vital part of the fabric of Georgia - here's wishing him another happy and healthy year!