A spokesman for Habitat for Humanity in Winnipeg with the president confirmed the collapse and said "he's going to be OK." 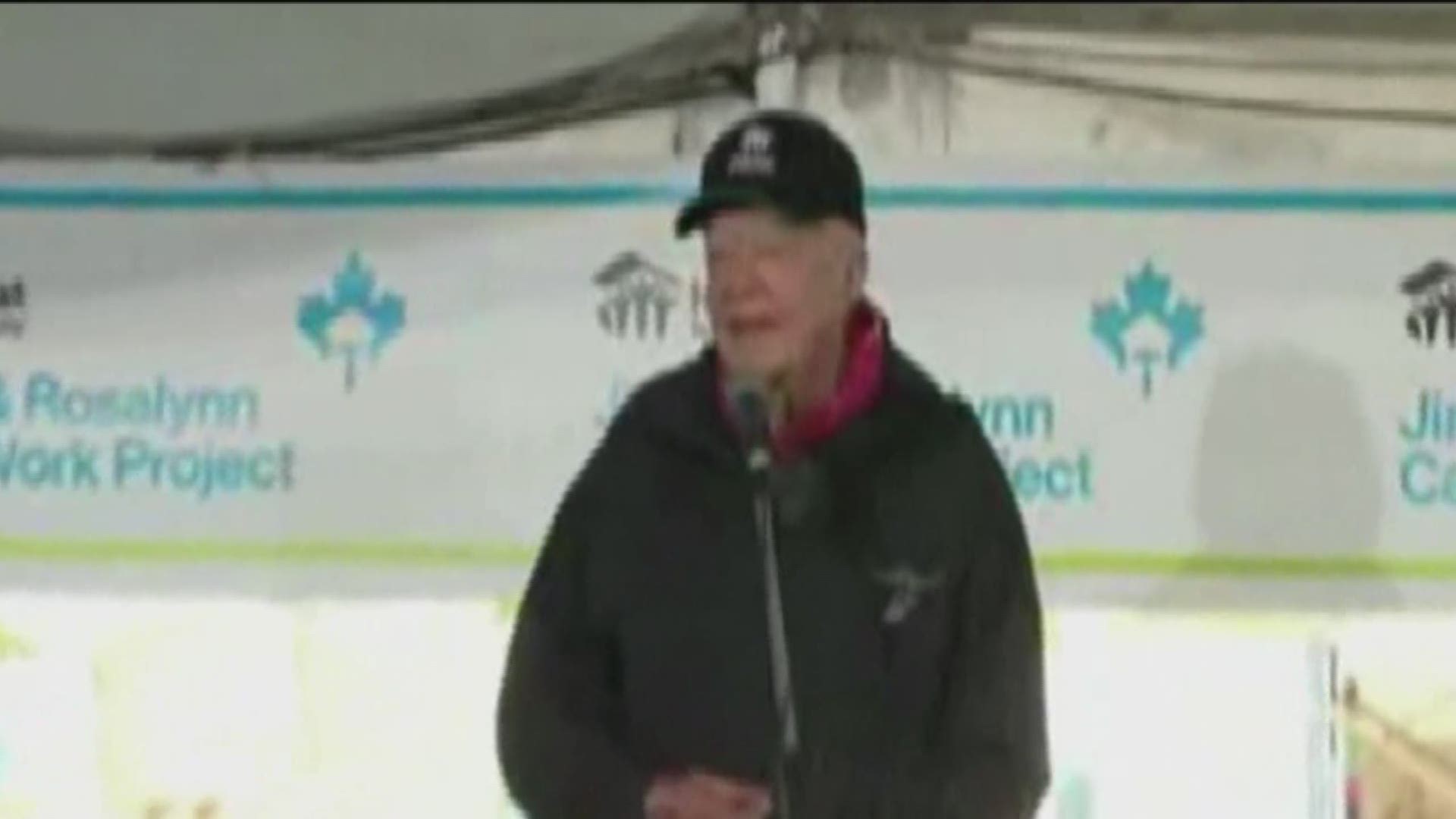 CBC reporters were on scene covering the build and reported paramedics and firefighters scrambled to the site. Reportedly, one camera on site captured Carter saying "I'm tired", but he continued to work up until his collapse around 9:30 local time.

President Jimmy Carter was taken off site for observation after experiencing dehydration. #cbcmb

A spokesman for Habitat for Humanity traveling with the president in Winnipeg confirmed the collapse and said "He's going to be OK." Carter is headed to Winnipeg's St. Boniface Hospital.

President Carter was dehydrated working in the hot sun. President Carter told us he is okay and is being taken offsite for observation. He encourages everyone to stay hydrated and keep building.

A spokesperson for the Habitat for Humanity said all additional updates would be coming from the Carter Center in Atlanta.

The Carter Center confirmed Thursday afternoon that his wife, Rosalynn, was with him as he was transported to the hospital.

The 92-year-old president and his wife are longtime supporters of Habitat for Humanity. The couple, married more than seventy years, was planning to help with the Winnipeg build on Thursday and Friday.

Thursday afternoon, a spokesperson for George W. Bush released a statement: "God Bless him, and we hope he is fine."

Two years ago, former President Jimmy Carter announced to the world that he was battling cancer. He told an assembled press that he had melanoma and that it had spread to his brain. But less than a year later, a smiling former president was even more upbeat and excited as he announced that after a full round of treatment that the cancer had been beaten back.

"I went to their (doctors) office this week and they didn't find any cancer at all," Carter said.

While the vibrant former president continued his busy schedule of appearances on behalf of the Carter Center and Habitat for Humanity, he did admit that he would be scaling back those appearances and slowing down a bit. However, at the age of 92, he still amazes those around him with his level of activity as he picks up a hammer to help with builds, as well as continuing to teach Sunday School in his hometown of Plains, Ga.