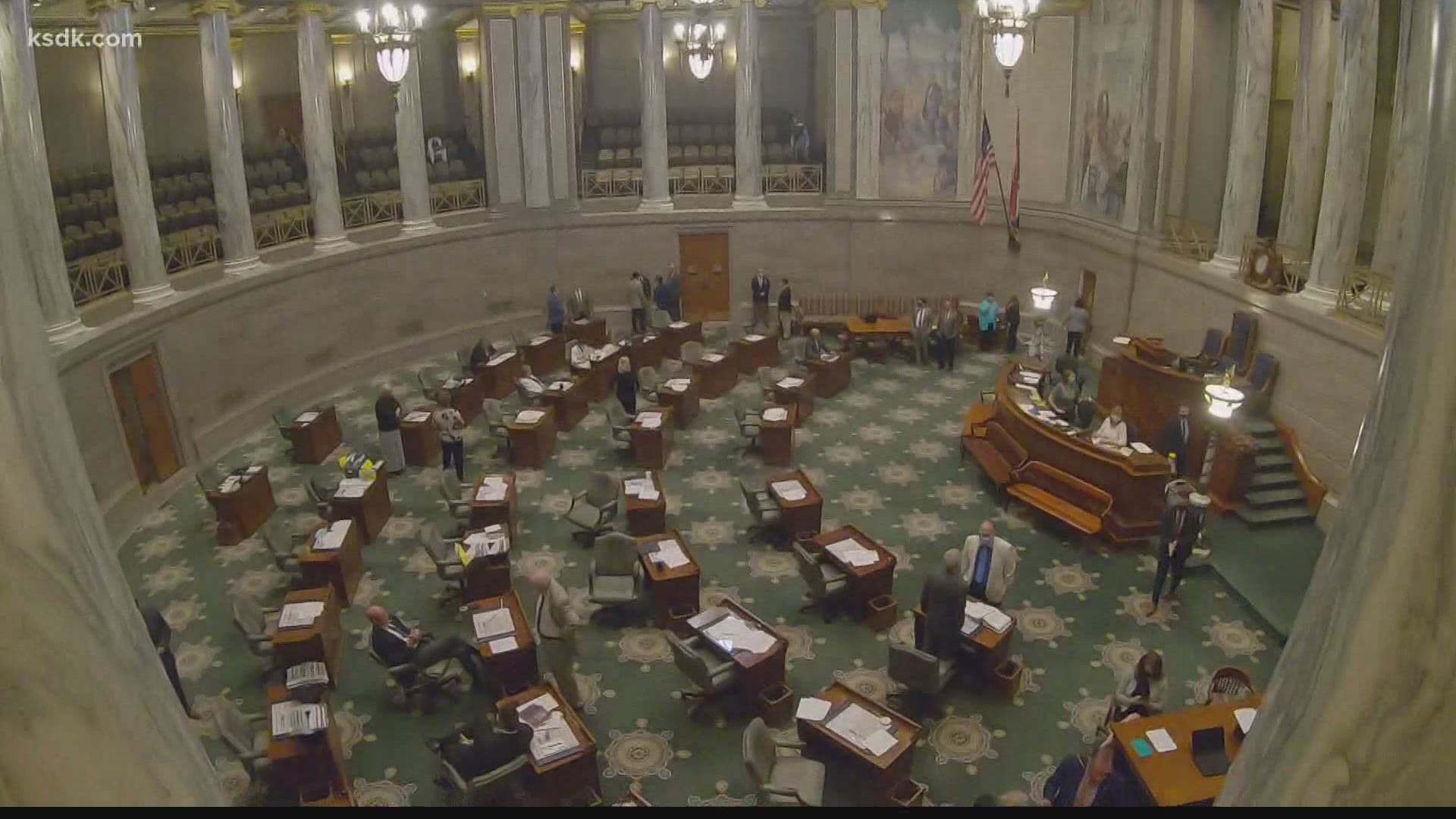 JEFFERSON CITY, Mo. — Lawmakers in the Missouri Senate debated for more than 18 hours Wednesday into Thursday over crime bills during a special session.

They ended up passing five bills, including one involving murder cases in St. Louis.

House Bill 2 passed in the Senate with a vote of 22-8. It gives Missouri Attorney General Eric Schmitt the power to prosecute homicides in St. Louis – a move that was widely seen as a criticism of Democrat Kim Gardner, the city’s first Black prosecutor.

Missouri Gov. Mike Parson and Schmitt, both Republicans, have insisted the goal is to help fight a surge in violent crime.

District 5 Senator Jamilah Nasheed, a Democrat who represents most of the City of St. Louis, tweeted early Thursday that she was still on the Senate floor fighting against the bill.

“Eighteen hours later, and I'm still on the Senate floor work to protect @StLouisCityCA against the Republicans attacks. They are breaking laws while making laws!” she tweeted at 2:45 a.m.

Eighteen hours later, and I'm still on the Senate floor work to protect @StLouisCityCA against the Republicans attacks. They are breaking laws while making laws!

The bill allows the attorney general to take over homicide cases in the city if charges haven’t been filed after 90 days and if the police chief wants help.

A spokesman with Schmitt's office sent 5 On Your Side the following statement regarding the bill.

“As we’ve said before, the Attorney General’s Office is ready, willing, and able to assist in prosecuting violent crime in St. Louis City,” press secretary Chris Nuelle wrote in an email.

The bill goes back to the House for consideration. If approved there and signed by the governor, the changes would expire at the end of August 2023.